The Most Impressive Buildings in Melbourne

https://commons.wikimedia.org/wiki/File:Royal_exhibition_building_tulips_straight.jpg
An assortment of architecturally remarkable buildings sprawl throughout Melbourne’s urban jungle and enrich the lives of Melburnians. From the French Renaissance train station to the neoclassical state library and the Moorish Revival theatre, here are some of the most impressive buildings in Melbourne.

Established in 1854, the State Library Victoria spreads across two acres and features seven reading rooms in which you can enjoy any of their more than 2 million titles. Two of the library’s most significant architectural aspects are La Trobe Reading Room and the Architectural Fragment, a sculpture just outside the library. Australia’s oldest public library is also home to numerous historical documents and artefacts, including the diaries of Melbourne founders John Batman and John Pascoe Fawkner, as well as the original armour worn by Victorian bushranger Ned Kelly.

Building
GPO Building | © Donaldytong/WikiCommons
The GPO Building was designed in 1859 by A.E. Johnson, and was once the heart of Melbourne’s postal service. Architecturally, the building blends classical design with French Second Empire influences and features Doric, Ionic, and Corinthian columns, as well as a clock tower. Today, the building is home to retailers and restaurants.
More Info
Open In Google Maps
350 Bourke Street, Melbourne, Victoria, 3000, Australia
+61392900200
View menu
Visit website
Visit Facebook page
Send an Email
Give us feedback

Memorial, Shrine
Shrine of Rememberance | © sandramoineat/Pixabay
Book Now
Veterans and architects Phillip Hudson and James Wardrop designed the Shrine of Remembrance to honour Victorians who served in WWI. Additional memorials have since been added to the site to recognise veterans of subsequent wars. The Shrine holds more than 800 objects, photos, and uniforms dating from the 1850s to the present day, and commemorative events are held here on Anzac Day and Remembrance Day.
More Info
Open In Google Maps
Melbourne, Victoria, 3001, Australia
+61396618100
View menu
Visit website
Visit Facebook page
Send an Email
Give us feedback

Preserved under The Glass Cone, Coop’s Shot Tower stands as something of a 50-meter time capsule, having been preserved and saved from demolition in 1973. The tower now sits amidst the retail hub that is Melbourne Central. Built in 1889, the tower has 327 steps leading to the top. It produced six tonnes of lead shot each week until 1961. Nowadays, there is a museum located on the second floor of the tower. 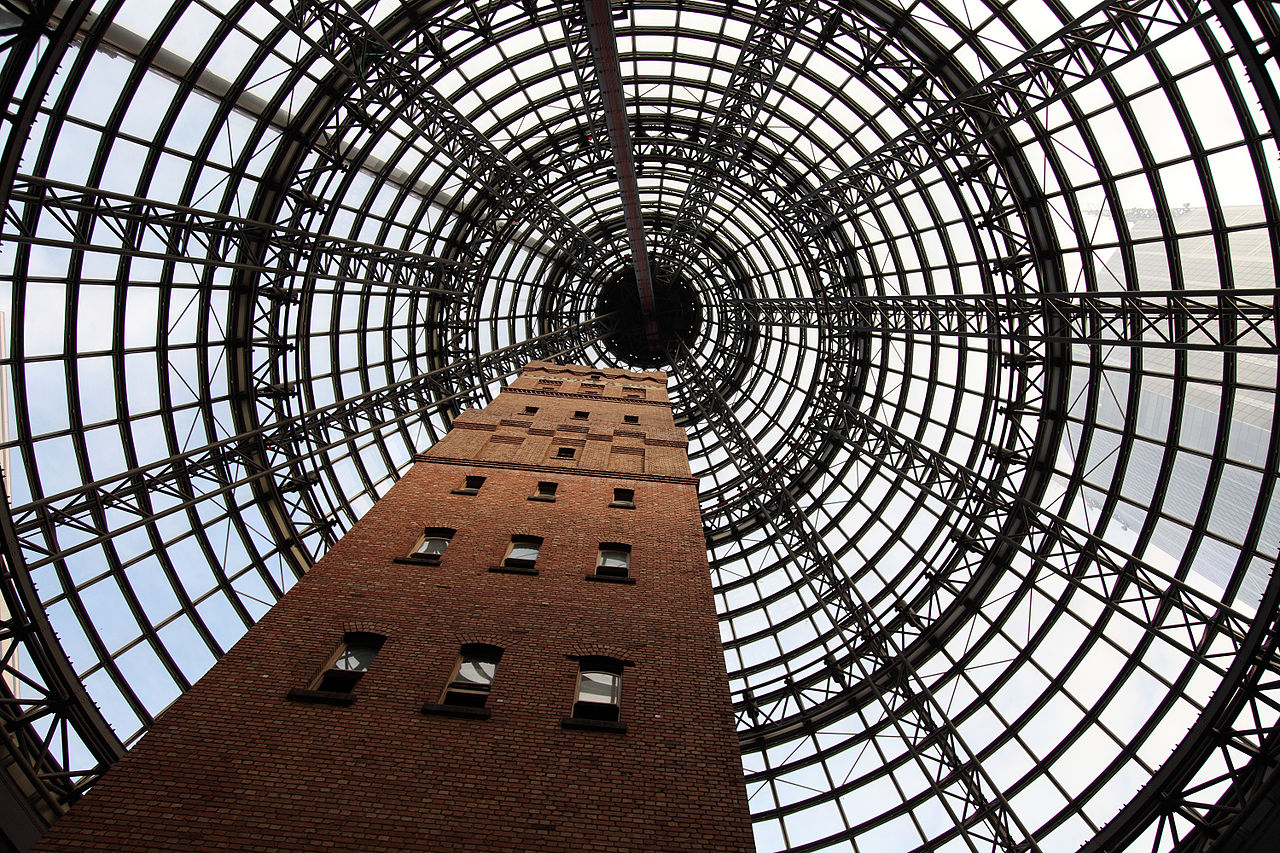 Designed by architect Joseph Reed, the Royal Exhibition Building was built to host the Melbourne International Exhibition in 1880. Neighbouring the Melbourne Museum in Carlton Gardens, this World Heritage Site held the opening of the first Commonwealth Parliament of Australia and was used as a venue for the 1956 Olympics. In 1980, Princess Alexandra granted the building its royal title, and today the space holds events, exhibitions and school exams. 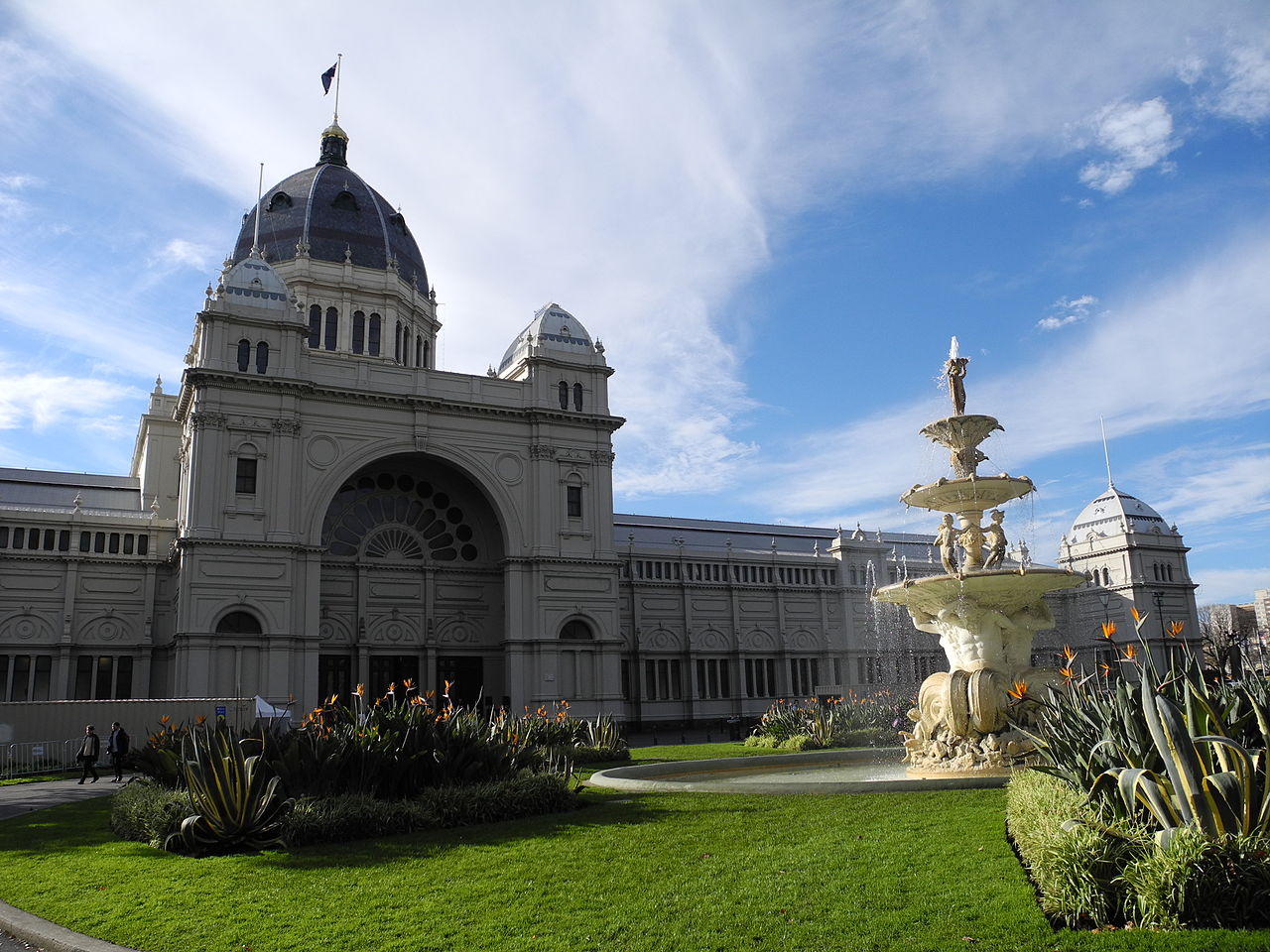 Building
Revel in impressive views of Melbourne from the Eureka Skydeck | © Marco Saracco / Alamy Stock Photo
Book Now
Standing at 297.3 meters, Eureka Tower is the tallest building in Melbourne and the second highest in Australia. In fact, when it first opened in October 2006, it was the tallest residential building in the world. Named after the Eureka Stockade rebellion of 1854, the modern building houses 556 apartments across 84 floors. For panoramic views of Melbourne, sightseers can visit Eureka Skydeck on the 88th floor.
More Info
Open In Google Maps
7 Riverside Quay, Southbank, Victoria, 3006, Australia
+61396938888
View menu
Visit website
Visit Facebook page
Send an Email
Give us feedback

Building
Manchester Unity Building | © envasa/Pixabay
Inspired by Chicago’s Tribune Tower, Marcus Barlow designed the neo-Gothic Manchester Unity Building, which served as the headquarters for the Manchester Unity Independent Order of Odd Fellows. Built in 1932 during the Great Depression, the builders completed one of each of the 12 total floors every seven to 10 days. The building was the first in Melbourne to feature escalators and air conditioning.
More Info
Open In Google Maps
220 Collins Street, Melbourne, Victoria, 3000, Australia
+61396635494
View menu
Visit website
Visit Facebook page
Send an Email
Give us feedback

Designed by 19-year-old architect JJ Clark in 1857, the Old Treasury Building once held the fortunes acquired during the Victorian Gold Rush. Fashioned from bluestone and sandstone, the three-storey building is a primary example of Australian Renaissance Revival architecture. The building originally served as the home of the Treasury Department, but is now a museum with a number of permanent and rotating exhibitions. 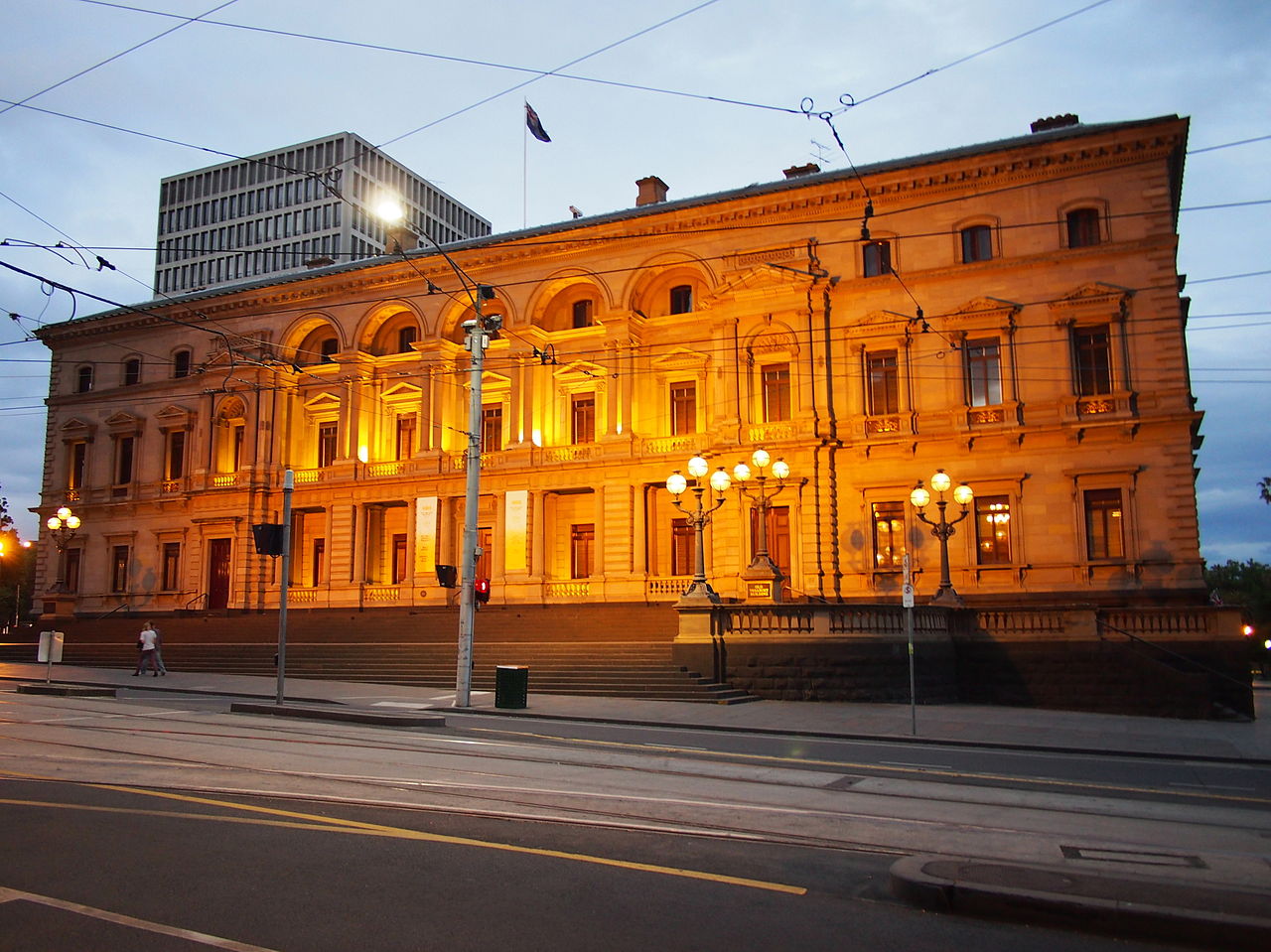 Art Gallery
© Peter Scholey / Alamy Stock Photo
With a permanent collection of more than 73,000 works of art housed at two sites, the National Gallery of Victoria is the oldest and most visited art gallery in Australia. Established in 1861, the gallery’s permanent collection features masters including Cézanne, Picasso, and Rembrandt, as well as celebrated Australian pieces, such as Tom Roberts’ Shearing the Rams. NGV also features the largest stained glass ceiling in the world, which measures 51 meters long and 15 meters wide.
More Info
Open In Google Maps
National Gallery of Victoria Southbank, Victoria, 3006, Australia
View menu
Visit website
Visit Facebook page
Send an Email
Give us feedback

Formerly known as the State Theatre, this venue was the largest cinema in Australia when it opened in 1929 and had a seating capacity of 3,371 people. John Eberson designed the space as an atmospheric theatre with a Moorish Revival exterior and an interior ceiling that gives patrons the illusion of sitting under the Mediterranean night sky. These days, the Forum Theatre is used for concerts and events, including the Melbourne International Film Festival. 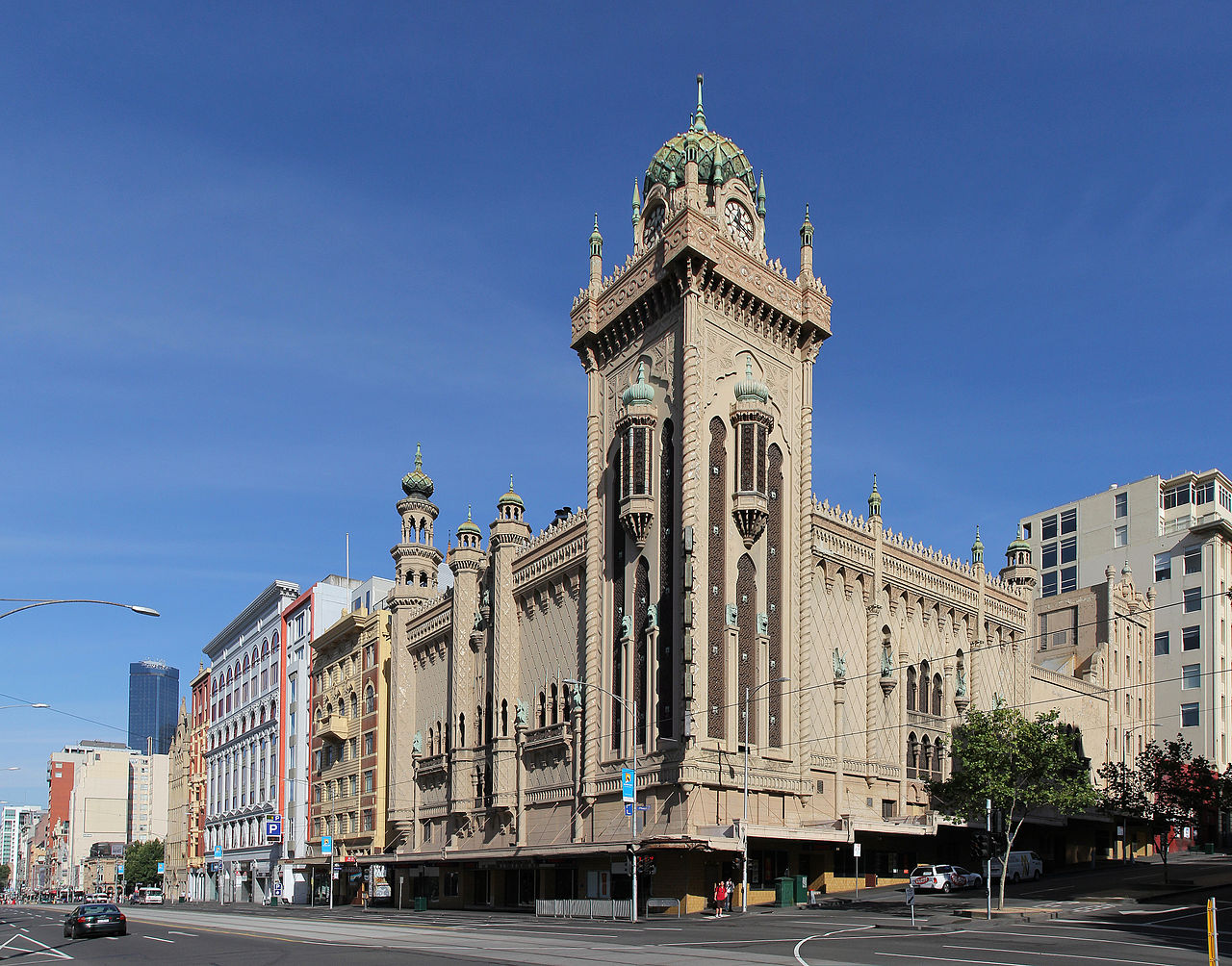 Architectural Landmark, Indoors
Book with our partner and we will earn a small commission.
Give us feedback