The History of the Melbourne Cup in 1 Minute 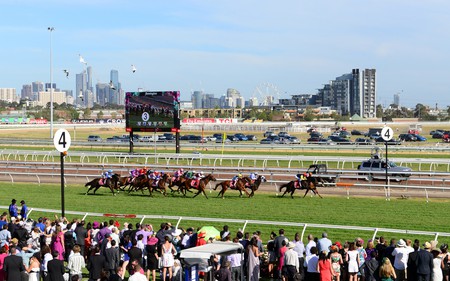 The ‘Race That Stops a Nation‘ is the ‘richest two-mile handicap’ thoroughbred horse race in the world, which sees horses three years and older running at 3 pm on the first Tuesday in November at Flemington Race Course. Originally, the track was over two miles, but with Australia’s adoption of the metric system, the distance was shortened to 3,200 metres. Much has changed over the course of the Melbourne Cup’s history; however, the excitement of those three minutes continues to draw in audiences. This is the history of the Melbourne Cup in one minute.

Chairman of the Victorian Racing Club Frederick Standish is credited with developing the idea of a horse race in Victoria and calling it the ‘Melbourne Cup’, and on Thursday the 7th of November 1861, his vision became a reality when 17 horses ran the first Melbourne Cup in front of a crowd of 4,000 spectators. The race was expected to draw a larger crowd; however, the death of explorers Burke and Wills, a few days earlier, meant that numbers were low.

Bookies predicted that Victorian horse Mormon would win the race. Instead, a stallion from New South Wales named Archer crossed the line first with a time of 3:52:00. Ridden by John Cutts and trained by Etienne de Mestre, the team won a prize of 710 gold sovereigns and a gold watch, which further fueled the longstanding rivalry between Victoria and New South Wales.

The following year the purse increased to 810 gold sovereigns, and the crowd doubled with 7,000 attendees. Archer defended his title with a time of 3:47:00, with Mormon, once again, claiming second place. Archer planned to return the next year; however, a late telegram meant that he was scratched from the Cup, leading to a boycott of trainers who in turn scratched their horses from the 1863 race. That year, the Melbourne Cup began with only seven starters, the lowest number in the history of the race.

In 1910, Comedy King became the first foreign-bred horse to win the Melbourne Cup, leading the way for other foreigners including Phar Lap, Makybe Diva, Americain and Dunaden, among others.

Race legend Makybe Diva is the only mare to have won the Melbourne Cup on multiple occasions and the only horse to win the race three times, taking the title in 2003, 2004 and 2005. 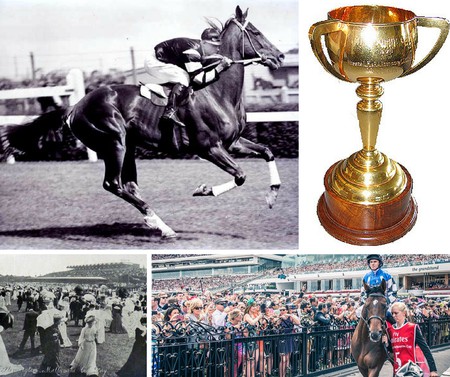 ‘Australia’s wonder horse’ Phar Lap was the most famous racehorse of his time, and today, his name is synonymous with horse racing and the Melbourne Cup. Phar Lap competed in the race in 1929, 1930 and 1931, winning the 1930 Melbourne Cup with the odds of 11/8. In 1932, he died under mysterious circumstances, and in 1998, the Melbourne Museum determined that his death was due to an ingestion of an excessive amount of arsenic, further indicating that American gangsters poisoned Phar Lap; however, the source is unlikely ever to be determined.

Regarded as the greatest Australian horse trainer of all time, Bart Cummings won a record 12 times. His first win came in 1965 with Light Fingers and his final win in 2008 with the horse Viewed. The Cups King was made a Member of the Order of Australia in 1982, was inducted into the Sport Australia Hall of Fame in 1991 and carried the Olympic Torch in 2000. His son and grandson, both of whom are trainers, continue his legacy.

The Melbourne Cup is quite literally the race that stops a nation, with metropolitan and parts of regional Victoria observing a public holiday. Within the first few years of the race, the Melbourne Cup became a half-day holiday for public servants and bank officials, with many businesses closing up shop come lunchtime. In the following decade, on the 31st of October 1873, the Victorian Government Gazette announced that the upcoming Melbourne Cup would be observed as a bank and public holiday.

Fashions on the Field

In 1962, in an effort to draw more women to the races, Fashions on the Field was set up with the mission of ‘finding the smartest dressed women at the Carnival within economic restraints’. At the time, categories included outfits that cost £30 and under, outfits that cost £50 and over, and ‘Most Elegant Hat’.