Quality in a Cup: The Best Speciality Cafés in Melbourne 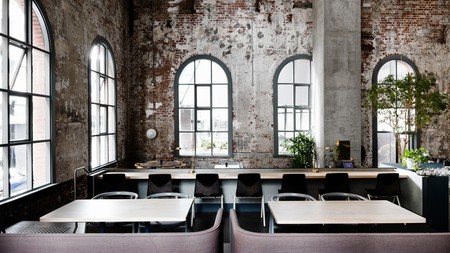 Melbourne is about 8,000 kilometres from Tokyo, 16,000km from New York and 17,000km from London. In other words, it’s a mighty long way from the other cities around the world where coffee culture percolates most intensely. But Matt Slater, director of coffee at roastery Five Senses, reckons this isolation is precisely what makes Melbourne’s café scene so vibrant.

“It’s our geographical location that has helped foster an independent DIY culture based on collaboration and the pursuit of quality,” Matt Slater tells Culture Trip. “Melbourne’s culture embodies the celebration of this independent spirit, which can be seen in its music, fashion, food and, of course, coffee.”

Australia’s capital of culture has been the heartbeat of the country’s coffee industry since the first European-style espresso machines arrived with Mediterranean immigrants post World War II. Coffee’s third wave washed over Melbourne in the 2000s, and in today’s crowded market, transparency and sustainability around the origin of the bean are traits that distinguish the city’s elite speciality coffee shops.

“Melbourne’s café scene has produced a consumer culture where quality in the cup is understood and expected,” Slater continues. “In my version of the future, cafés will not only be delivering quality in the cup but also engaging with their customers, educating what this quality means in terms of provenance and the need to protect and support that.”

With that in mind, these are Matt Slater’s favourite cafés in Melbourne.

If coffee is a religion in Melbourne, then Higher Ground is where caffeine addicts come to worship. “The venue itself is jaw-dropping, like walking into a cathedral,” Slater explains. “The coffee menu does the same, as it is always detailed, creative and expansive.” This heritage-listed power station features 15-metre-high ceilings, lots of natural light and plenty of greenery to soften the industrial space, which sits across the road from Southern Cross station on Little Bourke Street. Higher Ground is a little fancier than the average café but more laid-back than the typical restaurant, with a food menu to match – expect slow-cooked Tasmanian salmon or spiced cauliflower for brunch – plus roasts from Five Senses.

There’s always a line snaking out the door of Patricia Coffee Brewers, which is a good sign in a city that knows where to sniff out a quality coffee. A tiled entrance reading “Standing room only” welcomes coffee lovers to this pocket-size place where ultra-efficient staff showcase roasts from Bureaux Collective, Seven Seeds, Wood and Co., Small Batch and Market Lane. “The energy in this tiny space is always electric,” Slater enthuses. “Often it’s best to perch near a window to watch the seemingly never-ending queue roll in.” Don’t expect any more food than a small selection of pastries – Patricia is all about the coffee. 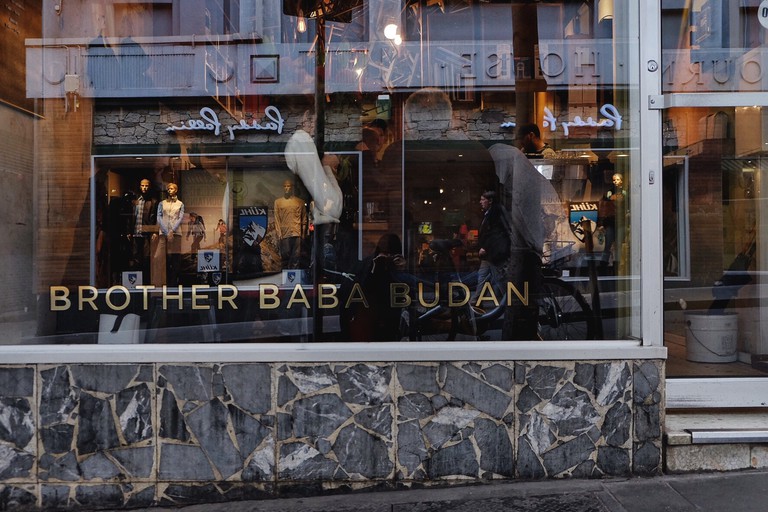 A few blocks down Little Bourke Street lies Brother Baba Budan. Coffee giant Mark Dundon’s first endeavour into the city, this small venue quickly earned a massive reputation as one of Melbourne’s landmark cafés when it opened in 2003. Named after the legendary figure who smuggled coffee beans out of the Middle East in the 17th century, Brother Baba Budan serves the espresso blend from Seven Seeds – Dundon’s Carlton roastery – for milk-based coffees, as well as single origins for espresso and batch brew filters. Slater says: “Huge history, only 15 seats and always a bustling atmosphere.”

Top Paddock dishes up some of Melbourne’s most Instagrammable brunches, and although the menu is seasonal, its signature blueberry and ricotta hotcake never goes anywhere. But this 100-seat café on Richmond’s busy Church Street doesn’t forget about the beans – its special blend from Five Senses. “Must-visit,” Slater insists. “The huge bar right in the middle of the space signifies that coffee is at the heart of everything.” Another venue in the Darling Group stable – alongside the likes of Higher Ground and Kettle Black – Top Paddock places a big emphasis on sustainability, including having Australia’s first Farmwall – a fish tank with microgreens growing on top.

The Hatter and the Hare

This 160-seat café could have been torn straight from the pages of Alice in Wonderland. Located in industrial Bayswater, The Hatter and the Hare is a 40-minute drive out of the central business district (CBD), but the whimsical menu is well worth the journey, with more than 100 house-baked desserts, a high tea service and Five Senses roasts. “This suburban champion is a short drive out of the city centre and has been a destination since day one,” Slater says of The Hatter and the Hare, which gave an old warehouse a fanciful fit-out when it opened in 2017. “The menu is always creative and inspires with an endless sense of fun.” 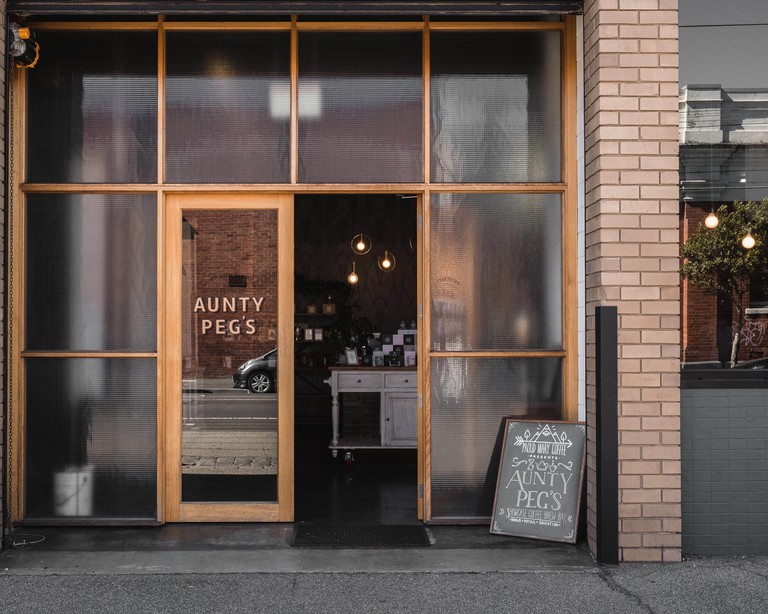 A roomy and modern space on Collingwood’s Wellington Street, Aunty Peg’s is a serious coffee drinker’s fantasy. The venue is the “cellar door” to Nolan Hirte’s Proud Mary Coffee Roasters, showing off a pair of Probat roasters, a training area for budding baristas and home brewers, a space for cuppings (the coffee version of a wine tasting) and an espresso bar for customers. Aunty Peg’s only serves black coffee – including a cold brew on tap – to make sure the product is presented in its purest form, with the origin of the respective beans explained in great detail on the menu. “The cellar door experience here is unlike any other,” Slater says. “It encourages you to pull up a chair and have a yarn about all things coffee.”

A long line of Fitzroy hipsters assembled outside a nondescript grey building on Rose Street can only mean one thing: they’re waiting to sink their teeth into the world’s best croissant, as anointed by The New York Times in 2016. Lune is the brainchild of former aerospace engineer Kate Reid, who moved the bakery into this oh-so-Melbourne red-brick warehouse in 2016, adding a futuristic fishbowl-like kitchen at the heart of the space. And although Lune is famous for its buttery bundles of goodness, the coffee is also excellent thanks to roasts from Small Batch. “Turning up with a box of goodies from Lune equals instant friends,” Slater jokes. “If it’s coffee and pastry you are after, then it’s hard to go past here.”

Husband-and-wife team Domenic and Diana Caruso opened this Ascot Vale café in 2017, teaming up with local design studio Biasol to create a space inspired by the Greek delis that sprung up across Melbourne in the 1950s. It features high ceilings, natural light, polished concrete, brass accents, tiling and blond-timber furniture. The coffee comes from Five Senses, and there are a range of mouthwatering dishes on the food menu. The breakfast ramen – pork and chicken broth (cooked for 12 hours) brimming with noodles, soy egg, mushrooms, bok choy and barbecued pork – is a must-try. “Beautiful space and the staff are always bubbly,” says Slater, who marvels at the twin automated pour-over brewers. “The brew bar is a super perch to watch coffee being prepared with a pair of Marco SP9s in action.” 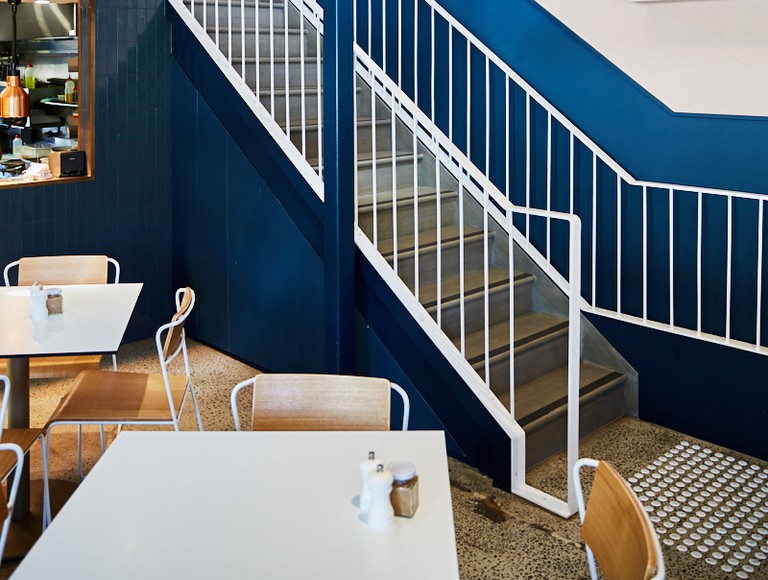 The Hardware Société moved a couple of blocks from its decade-long home on Hardware Street to spacious new digs on Katherine Place in 2019, kitting out the place with a pink-and-green colour scheme and a neon sign declaring “No eggs on toast” – heresy in a brunch-mad town like Melbourne. The café takes its coffee seriously, too, with beans from Brunswick East roastery Padre, milk from St David’s Dairy and stunning latte art from the team of talented baristas. There are also boozy brunch cocktails and flavourful meals such as the lobster benedict on a charcoal bun. “Another laneway gem in the CBD that has been producing year after year,” Slater says. “The French-inspired fare is perfect first thing in the morning or for after-work treats.”

This is an updated version of a story created by Hayley Simpson.