The 6 Best Vietnamese Restaurants in Melbourne

The 6 Best Vietnamese Restaurants in Melbourne

Courtesy Hem 27
With a significant Vietnamese population, there’s no shortage in Melbourne of restaurants that harken back to Saigon. Lucky us! From hawker-style to high-end eateries you can satisfy your cravings for pho, banh mi and rice paper rolls at these six Vietnamese restaurants.

Restaurant, Bar, Diner, Vietnamese, $$$
Pig’s ear may bind them but Uncle’s Carlisle Street and Collins Street restaurants are more like siblings than twins. The menus between each venue differ slightly, however. Both offer delicious, unpretentious Vietnamese dishes, including lime-cured hapuka with pomegranate heaped on betel leaf, Tofu banh mi and Pho Bo. Uncle also boasts an impressive cocktail menu, and take-away is available from both restaurants. 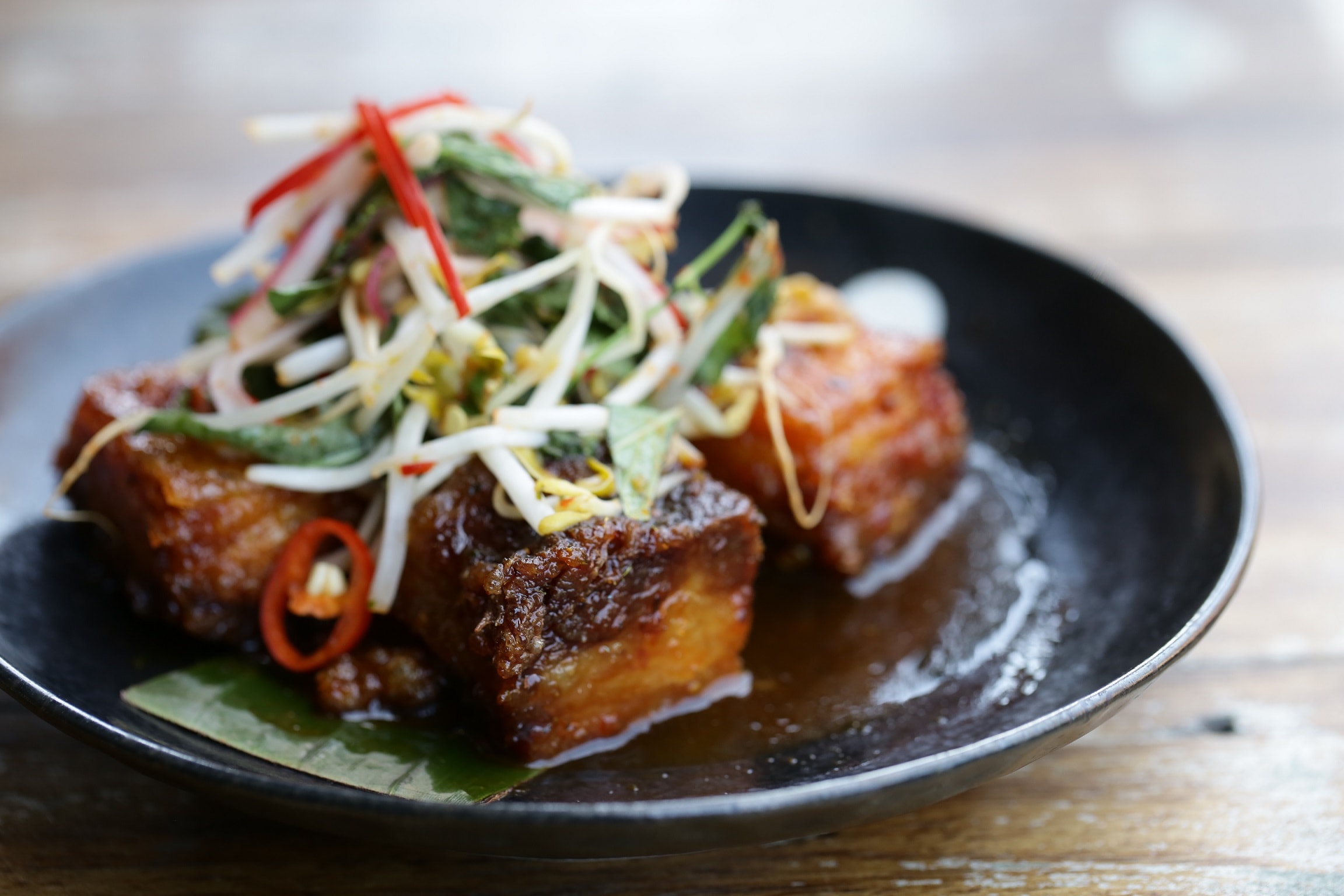 Restaurant, Vietnamese
Named after a Vietnamese radio personality best known for her broadcasts during the Vietnam War, Hanoi Hannah is a hawker-style restaurant in Windsor. Opened in 2012 by Simon Blacher and Paul Nguyen, and Nick Coulter of Sarti, Hanoi Hannah is known for its pork belly sliders, yellowfin tuna rice paper rolls and seven steaming hot types of pho with the option to ‘pimk your po.’

Pho on your Monday 🍜

Restaurant, Vietnamese
In Vietnamese Hem means alleyway, and it’s in these inconspicuous alleyways where the best local food is found. Living up to its name, Hem 27 was listed in The Age Good Food Guide 2017 as the Best Cheap Eat in Melbourne. The menu is full of must-try meals, including thick soft-shell noodle soup and aromatic Vietnamese style beef stew, as well as recipes passed down by owner Michael Nguyen’s mother. 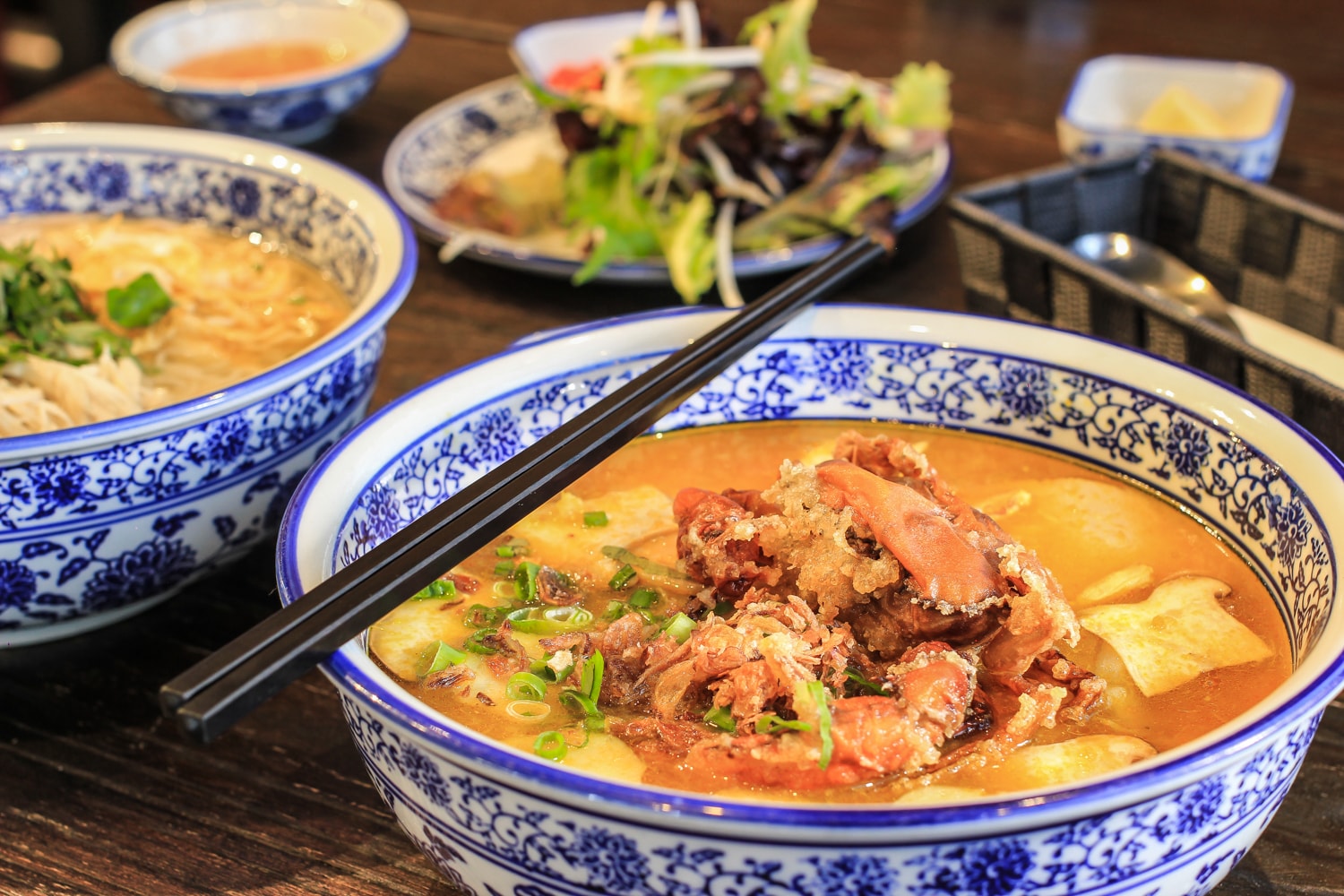 Restaurant, Vietnamese, Asian
Conveniently located on Little Lonsdale Street, Paperboy Kitchen gets very busy around lunchtime as streams of inner-city workers crowd the shop in search of simple Vietnamese sustenance. Whether you’re after a rice noodle bowl or bread roll packed chock-full of Asian slaw, such as the popular red curry cauliflower, Paperboy Kitchen has a selection of amazing dishes – each of substantial size. The best part is that nothing is over $16, and most meals come with an animal toy and side of spicy popcorn.

Restaurant, Vietnamese, Asian, Vegetarian, $$$
Kin Vietnamese Restaurant, Prahran | Courtsey Kin
Translated from the Vietnamese word gia meaning a person’s relative or descendant, Kin is a wholesome restaurant that centers on the concept ‘that a family that cooks and eats together … stays together.’ From the $5 pho cups to the soft-shell crab, tofu papaya salad and spring rolls, Kin prides itself on authenticity. Located on Chapel Street, no visit to Kin is complete without trying its refreshing coconut juice. 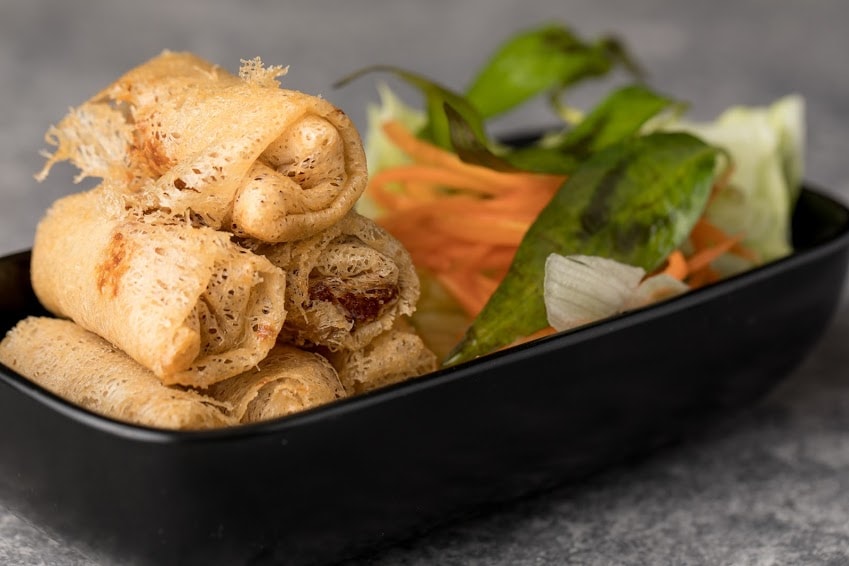