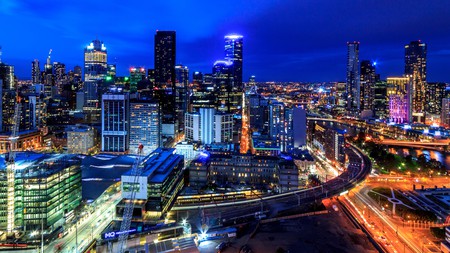 Melbourne’s reputation as Australia’s late-night metropolis is well established. With myriad options available and some of the best concerts, clubs, gigs and parties around, even the most ardent culture vulture will be caught in a head spin deciding what to do and where to go. Melbourne electro-house DJ Will Sparks shares his top tips for drinks, dancing and after-hours kick-ons. 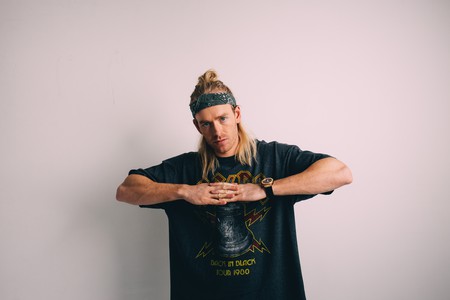 Melburnian DJ Will Sparks shares the late-night venues that helped shape his career. | © Courtesy of Will Sparks

Aussie-born, Melbourne-raised DJ Will Sparks is a familiar name to dance music heads down under and across the world. Crowned Australia’s number one DJ by In The Mix magazine in 2014, he has channelled his idiosyncratic electro house/Melbourne Bounce style into a global success story. Growing up in Melbourne’s Eastern suburbs, Sparks dropped out of school to pursue a burgeoning career in music and dropped his first EP Another Land in 2014. Now regularly booked on world tours, Culture Trip caught up with him in between shows for a quick chat about his favourite spots in the city that defined his career.

‘This was the birthplace of my career’

For Sparks, growing up in Melbourne was fundamental to his growth as a DJ and artist. Some of the clubs he started at in the noughties that defined his progression as a DJ are sadly no longer operating; places such as Wah Wah Lounge on Lonsdale Street for example, which Sparks reminisces about fondly: “It was set in the heart of Melbourne CBD. This was the birthplace of my career. I was there every Thursday and Saturday, playing a set between 2am and sometimes even 9am! It had two floors, both with the best vibe and sound systems you could imagine.” Then there was Korova, another gem at the top of Bourke Street, near Parliament. “With multiple levels and in the heart of the city, it was a place you would end the night at. I would play there every Saturday from 6am onwards for what we’d call ‘recovery’. I don’t remember a time I ever left that place without the sun beaming,” Sparks says.

The origins of Melbourne Bounce

Sparks’s name is synonymous with Melbourne Bounce, a sub-genre that emerged out of the electro-house music scene in the 2010s. Pioneered by a number of Melbourne DJs with Sparks at the helm and shaped by the likes of Joel Fletcher, Djuro, Laidback Luke and Deorro, it’s a sound that has spread well beyond its Australian roots. “It’s about a nice groove, a catchy lead and heavy bassline,” Sparks says. “It originated from the dark minimal/techno style, but progressed because of the talented Melbourne underground producers.”

Melbourne is undoubtedly a musical and creative hotbed, producing such talent as Nick Cave, Kylie Minogue, Tash Sultana, Courtney Barnett, Cut Copy and The Cat Empire. With an impressive array of clubs and gig venues across the city it’s no wonder there is such a thriving scene. In fact, a 2018 study conducted by Music Victoria and the City of Melbourne found that Melbourne has more live music venues per capita than any other city in the world. Melbourne had one venue per 9,503 residents – better than London, New York and LA. “If I hadn’t grown up in Melbourne, I wouldn’t be where I am today. The culture of music and club scene is like nowhere else in the world,” Sparks says. 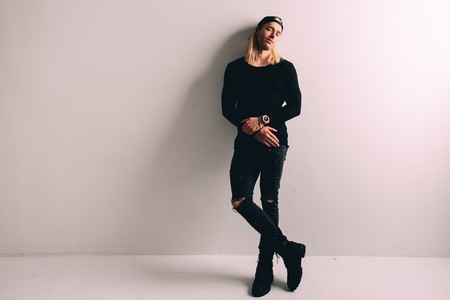 ‘If I hadn’t grown up in Melbourne, I wouldn’t be where I am today. The culture of music and club scene is like nowhere else in the world,’ says DJ Will Sparks. | © Courtesy of DJ Will Sparks

Some of Sparks’ top late-night Melbourne hotspots include:

Located on Commercial Road just off Chapel Street, Circus Bar was where Sparks played every Friday night, and collected some of his favourite memories. “It was like a big family, everyone who attended each week became familiar with each other. It’s a boutique-style bar with an old-fashioned theme. The dance floor area is small, but that’s what makes it so special. I still remember the feeling of the subs [woofers].” A rooftop bar, complete with day beds and strung with fairly lights, offers a reprieve from the heaving dance floor.

“170 Russell Street (Billboard in my younger years) felt out of my league,” Sparks says. “It was so huge and the stage looked like a festival to me. It is literally underground, dark, but with such high-quality production. I started out DJing in the side room called Jane’s Bar. Some of the best times of my life were spent in there.” Opened in 1965 as a theatre, 170 Russell has been an entertainment venue for more than 50 years and today offers three bars and live music.

Located on Greville Street just off Chapel Street, Pawn & Co is a bar and pawn shop in one. “The coolest thing about the place is that everything inside is for sale. It’s literally a pawn shop,” Sparks says. “All-round good vibes and great tunes. I’ve never played but been as a punter many times.” The bar and nightclub is a real cabinet of curiosities and its eclectic interior includes anything from a talking vending machine that takes drink orders, to a full-size Victorian tram, and a church organ that mixes drinks.

An iconic venue, Tramp is located in a basement space on the main strip of King Street. Once a jazz club, Tramp has been transformed into one of Melbourne’s most popular house music clubs, and its reputation for outrageous fun keeps growing. “This place rocks. Everyone is always rocking. You won’t have a bad time here. Ever,” Sparks says.

Unlike the other underground clubs, Revolver is an art gallery, live music venue and restaurant during the week, and a nightclub at the weekend. “The vibe is pure grunge, but the music covers all genres. Multiple rooms with everything going, at all hours of the night and day. I think it gives Berghain a run for its money and has a similar reputation,” Sparks says. Revolver also transforms into a Thai restaurant during the week. “It was a very bizarre feeling when I went there and had a nice sit-down meal when only weeks before I was raging on the floor we were seated on. Great food, actually.”