How To Navigate Transport in Melbourne 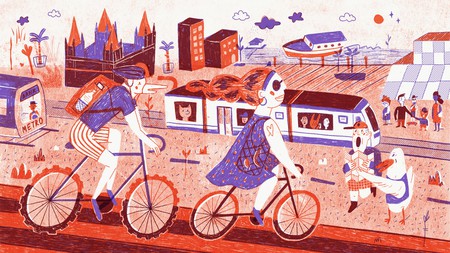 Exploring Melbourne via public transport is one of the easiest ways to see the city while keeping that carbon footprint under control. The Victorian capital boasts an extensive network of trams, buses and trains, as well as other transportation options. This Culture Trip guide takes a look at the best ways to get around this vibrant Australian metropolis.

Based on a grid system, Melbourne prides itself on its sustainability credentials, and as a result, the city benefits from an extensive public transport network, encompassing everything from trams to ferries. Indeed, public transport is often the simplest way to navigate the city – as the organisation Sustainability Victoria puts it, “People who use public transport are more active than those who don’t, reducing their risk of a range of diseases, from diabetes to depression. Add to this that travelling by public transport is far safer than by car, less stressful and produces far less pollution, and you could be on your way to a longer life!” 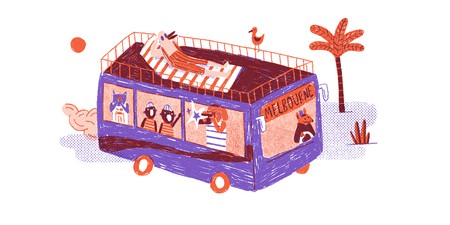 Melbourne is served by multiple bus routes that connect the neighbourhoods and suburbs of the city to all major transport hubs. There are several bus operators, and most of them will require a Myki card that should be tapped on and off at the start and end of each journey. A limited night service also runs during the weekend, covering 21 different routes.

Privately run hop-on, hop-off buses are popular with tourists who want to tick off the city’s major sights. They run along two different routes, provide audio commentary in English and offer tickets for 24- or 48-hour periods.

Pro tip: Download the PTV app to plan your journey using public transport and get live updates about bus, train and tram services.

Riding the tram is a quintessentially Melbourne experience – the city’s first-ever electric tramway began operating in 1889. Today’s network, which covers 250 kilometres (155 miles) of track, will soon be powered entirely by solar energy as part of a government initiative to reduce greenhouse gas emissions. A handful of trams are also transformed into public works of art every year by local creatives, thanks to the annual Melbourne Art Trams event as part of the Melbourne International Arts Festival. Trams run daily, and an overnight service operates on select routes on Fridays and Saturdays.

In the city centre, a free tram zone covers top locations such as Queen Victoria Market, Docklands, Flinders Street Station and Federation Square, making it easy to get around without spending a cent. Travel on the historic City Circle Tram is also free. For all other routes, a valid Myki card needs to be tapped at the onboard machines at the start of each journey (there’s no need to tap off unless the trip is solely in zone 2).

Mykis can be purchased and topped up at select stations and all 7-Eleven stores. Full fares are capped at 8.80 Australian dollars (£5) per day during the week and 6.40 dollars (£3.50) at the weekend, and there is also the option of a one-day Myki Explorer Pack. For more information on fares and routes, see the Public Transport Victoria website.

Pro tip: Android users can use a digital ‘Mobile Myki’ that can be managed via smartphone using Google Pay. 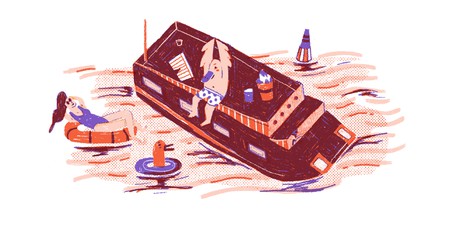 Water-based public transport is also available in Melbourne, thanks to a trio of ferry routes shuttling passengers to and from the city. The Western Port Ferry heads to French Island and Phillip Island, while the Westgate Punt service takes passengers across the Yarra in Port Melbourne. Port Phillip Ferries runs between Docklands and the Bellarine Peninsula.

There are also a number of privately run riverboats ideal for taking to the water on a sunny day. The largest operator is Melbourne River Cruises, which offers a range of one- and two-hour sightseeing cruises, as well as a sunset twilight cruise that operates during the summer months. Yarra River Cruises and Williamstown Ferries also offer plenty of opportunities to check out the Melbourne skyline from the water.

Pro tip: Myki cards are not accepted on the PTV ferries.

Melbourne City Council is a vocal advocate of cycling, declaring: “The City of Melbourne is committed to becoming a cycling city, with a safe and connected bicycle network for cyclists of all ages and abilities.” The city boasts 135km (84mi) of bike paths that take in major inner-city routes such as Royal Parade, Swanston Street and La Trobe Street. For quieter rides, the Yarra River Trail, the Moonee Ponds Creek Trail and the Maribyrnong River Trail are just some of the routes that offer off-road cycling options. Bikes can be parked free of charge at more than 2,700 hoops across the city; to find one near you, see this interactive map.

Pro tip: It is illegal to ride without a helmet in Victoria. Safety first!

Visiting the iconic Melbourne landmark of Flinders Street Station provides the perfect excuse to catch a train while in the city. The Metro train service offers 15 different lines through the central business district (CBD) out into the suburbs, running seven days a week (including a weekend night service), but be aware that trains can get very crowded during peak commuter hours. Train journeys require a valid Myki card that should be tapped on and off upon entering and leaving the station.

For day-trippers visiting nearby regional Victorian towns, the V/Line network operates across the state, taking in Ballarat, Bendigo, Geelong and other key destinations. Trains depart from Southern Cross Station. V/Line also runs coach services to connect with trains in some rural communities, making it ideal for exploring places off the beaten path. Mykis can be used for shorter V/Line journeys, while paper tickets are usually required for longer trips.

In 2019, railway sleepers made from recycled plastic were installed on the Metro train line (at Richmond Station) and on the V/Line network (near Wyndham Vale Railway Station) for the first time, making train travel in Victoria more environmentally friendly than ever. 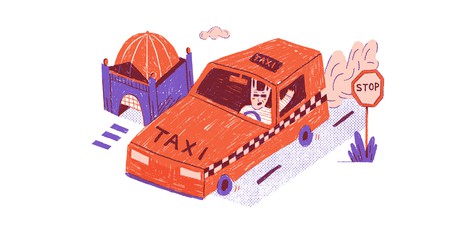 Several taxi companies operate throughout Melbourne, and cars can be booked, hailed on the street (if their rooftop light indicates that they are available) or found at taxi ranks outside major transport hubs. Drivers are required to display their ID cards on the dashboard. Although taxis can be a comfortable way to move around the city, they are often the most expensive option, thanks to extra charges for flagging them down or travelling late at night. Ride-share apps such as Uber also operate in the city.

Pro tip: Passengers don’t normally tip taxi drivers in Melbourne, but rounding up the fare and telling drivers to keep the change is a common and friendly gesture.

Pro tip: Bikes can be taken on metropolitan and V/Line trains for free.

Walking is perhaps the most enjoyable – and certainly the most eco-friendly – way to enjoy Melbourne. The CBD features plenty of car-free roads, such as Bourke Street, and, of course, the city’s beloved laneways. The riverside Yarra Trail makes meandering along Southbank and South Wharf a breeze, and it also offers a handy pedestrian path to the Royal Botanic Gardens and Collingwood Children’s Farm in the other direction. For more inspiration and information about walking routes that take in the best that the city has to offer, see these handy self-guided routes, as suggested by Melbourne City Council.

Pro tip: Always carry an umbrella and a pair of sunnies when walking in Melbourne – the city is famous for regularly experiencing “four seasons in one day”.

This is an updated version of a story created by Hayley Simpson.