Street artist David “MEGGS” Hooke takes us through the streets of Melbourne, his hometown, to discover the best street art. We also take a look at the laneways in the centre of town, which has turned into an urban art gallery. 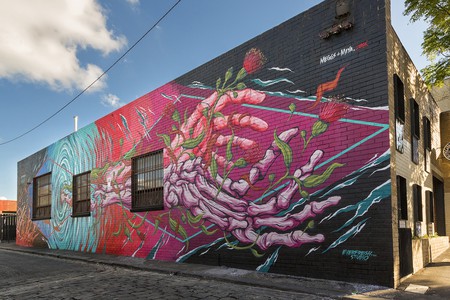 The Melbourne street art scene is thriving and even has support from the local government – street art is legal in the city, as long as the artists have the proper permission from the person who owns the wall on which the artwork is being done. Melbourne has also hosted a number of street art festivals over the years, and as a result, the city is full of exciting artworks, in the centre as well as in the suburbs. Combining art with activism, many of the artists involved have become household names.

David “MEGGS” Hooke is Melbourne born and bred, and spent his childhood in the Eastern suburbs before moving into the inner suburbs as an adult. Today, he’s based in Collingwood as a member of the Everfresh Studio. Hooke has been a part of the Melbourne street art scene since 2003, when he started making street art using stencils in the city’s alleyways. They started “small and simple” and eventually turned into bigger street pieces. “Through putting up these basic stencils and stickers, I was introduced to the growing community of Melbourne street artists, which led me to become a member of a shared warehouse studio collective, known as Everfresh, which grew in productivity and reputation,” Hooke says.

The collective consists of Rone, Phibs, Sync, WonderLust, Reka, Makatron and Tooth & Prism, and through collaboration (and healthy competition) with his fellow studio members, Hooke was introduced to a much broader practice of art making from large-scale paste-ups to detailed aerosol characters and murals. “I’m currently focusing on murals, particularly around my local Collingwood community, and establishing my updated studio space at Everfresh,” Hooke says. For visitors to Melbourne, these are the areas where Hooke thinks the best street art can be found. 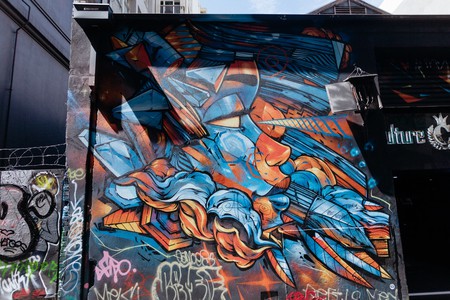 “I would definitely first recommend the north/east sides of the city for a dense mix of street art and graffiti from large scale walls to small alleyway pieces. I’m biased as this is my local ‘hood, where my studio and Everfresh have been located since the early 2000s, but it’s also a very art-saturated area in both main and back streets. It now has some of the largest murals in Melbourne, most specifically the ‘Wellington St’ high rise mural by Adnate, as well as many notable pieces by artists such as Rone, Dvate, Mayo, Ling, Phibs, Makatron, Everfresh, Ghostpatrol, Heesco, AWOL crew, SDM crew, SmugOne, Herakut… to name a few as the list goes on and on,” Hooke says.

Collingwood is also home to Keith Haring‘s largest public mural in Australia, which has recently been fully restored. The celebrated American artist’s work was created in 1984 when he visited Australia, and is one of only 31 known murals by him to have survived. 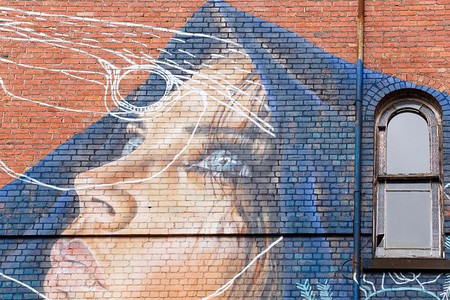 Brunswick, a Melbourne suburb that lies just six kilometres (four miles) north of the CBD, has become known as something of a hipster hotspot with its multicultural vibe, independent shops and cool cafés and restaurants. And naturally, there’s street art to see here, too. “The spread of public art, particularly with a more traditional graffiti focus and murals, spreads north into Brunswick and surrounds such as Preston, Coburg, and Northcote,” according to Hooke. 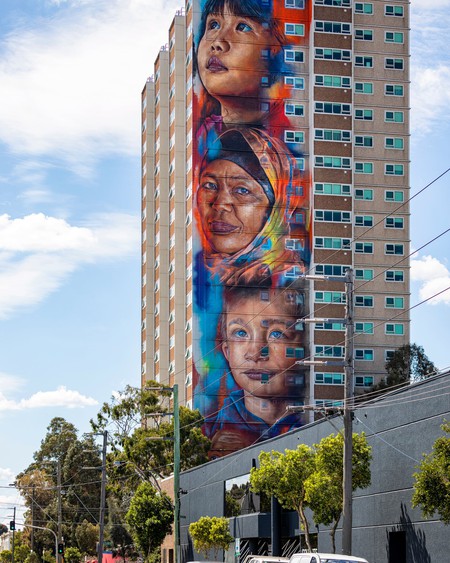 Adnate’s mural is the largest in the city | © Nicole Reed

“Heading East and to the Southside have always had a good amount and mix of work from small hidden alleyways,” Hooke says. There’s no specific artists to look out for here as people tend to paint all over, he explains, but Heesco, Bailer, Psalm, Stabs, Vexta and Aeon are some of the artists whose work you might come across. 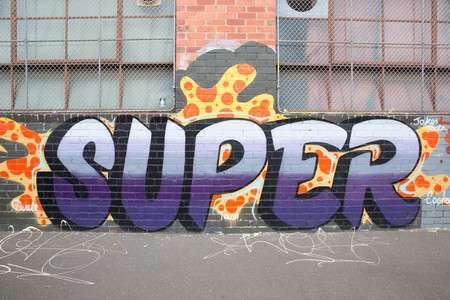 Though not on Hooke’s list, Melbourne’s Central Business District consists of 260 laneways and alleys and is a street art haven. This is where you’ll find Hosier Lane, one of the city’s best-known street art landmarks. The laneways today are something of an urban, open-air art gallery, and the work here is ever-changing. It’s a place where street art is taken seriously – Adrian Doyle, the founder of urban and fine art studio Blender Studios in Melbourne, which runs street art tours in the laneways, says: “I see street art and Melbourne street art as the largest art movement in Australian history.” Street art has become a business, too – Blender runs street art tours in the CBD and Fitzroy. It helps to finance the studio and is a way for the artists to make a living off their work, as the colourful walls of Melbourne have come to symbolise the city. 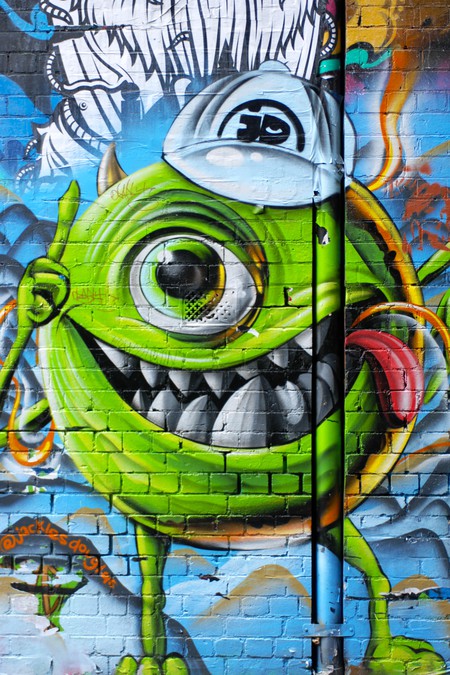