8 Things You Didn’t Know About National Gallery of Victoria 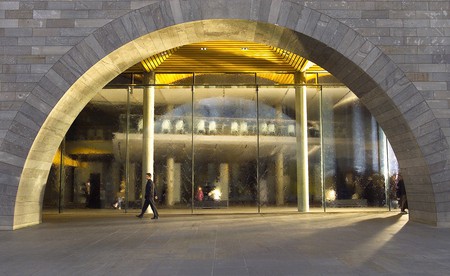 Established in 1861, the National Gallery of Victoria is the oldest art museum in the country, pre-dating the foundation of the Commonwealth of Australia. Following the Victorian gold rush, Melbourne became the wealthiest city in the Australia and money was set aside for a ‘National Gallery.’ On Queen Victoria’s 55th birthday (24 May 1874), McArthur Gallery opened marking the beginning of NGV’s history

Most popular art gallery in Australia

Not only is the National Gallery of Victoria the most popular art museum in Australia but it is also ranked as the 15th most visited art gallery in the world with a staggering 2,668,000 visitors annually (2016). In comparison, the Art Gallery of New South Wales attracted 1,349,000 visitors, and the Queensland Art Gallery/GoMA drew 1,240,000 visitors. Much of this success is due to programs such as Melbourne Winter Masterpieces as well as a host of exclusive exhibitions. 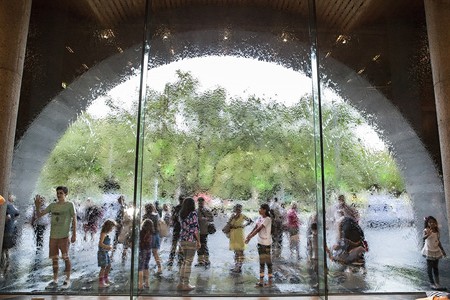 Designed by Australian artist Leonard French, the Stained Glass Ceiling in the National Gallery of Victoria’s Great Hall is the largest suspended piece of stained glass in the world. The awe-inspiring geometric masterpiece known as the Persian Rug of Light measures 60.9 x 15.24 metres and features 224 tiles in a kaleidoscope of colours. 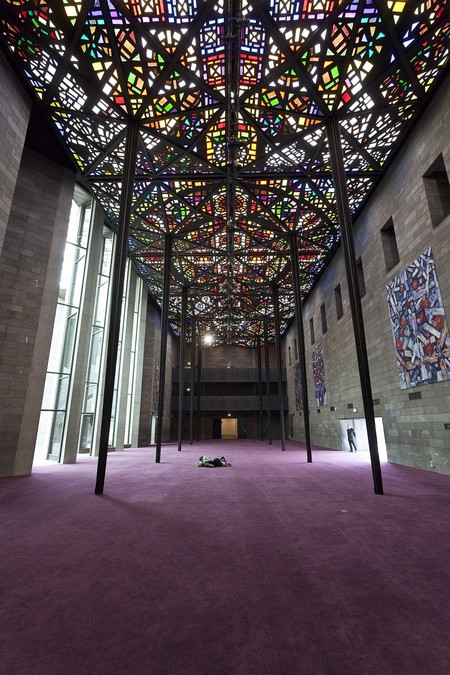 NGV boasts a collection of more than 73,000 works of art housed between NGV International and NGV Australia: The Ian Potter Centre at Federation Square. Among the most notable pieces are Tom Roberts‘ Shearing the Rams and Frederick McCubbin’s The Pioneer as well as work from old masters such as Cézanne, Rembrandt, Monet and Degas amongst others. Further highlights include the collection of antiquities ranging from Greek vases to Egyptian artefacts. 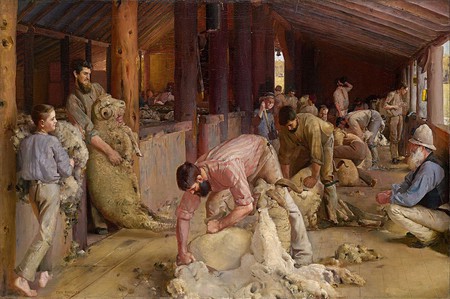 Aside from viewing priceless art at NGV, you can also enjoy high tea. The Tea Room on level 1 offers an ever-changing menu reflective of the themes presented in the galleries’ major exhibitions. The Tea Room is also known for their extensive tea menu including their house blend mix of Earl Grey and English Breakfast as well as their modern interpretation on classic cakes and savoury bites.

Van Gogh and the Seasons

Between April and July 2017 NGV showcased the internationally exclusive exhibition Van Gogh and the Seasons which became ‘the fastest selling exhibition in the National Gallery of Victoria’s history and the largest exhibition of Van Gogh masterpieces ever seen in Australia.’ The Melbourne Winter Masterpieces exhibition attracted 462,262 people, making it the most successful exhibition in the galleries 156-year history. 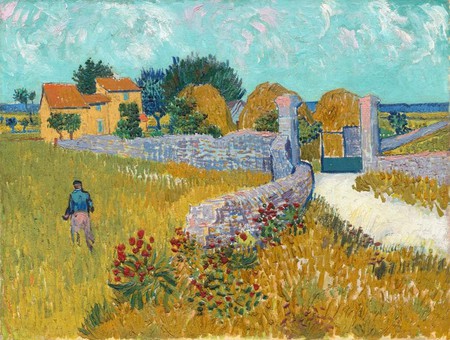 On the 2nd of August 1986 Pablo Picasso’s The Weeping Woman was stolen from the NGV. The artwork was one of a collection of paintings all known as The Weeping Woman which NGV brought for A$1.6 million. At the time it was the most expensive purchase made by an Australian art gallery. Claiming responsibility was a group called the ‘Australian Cultural Terrorist'” who made a series of demands before an anonymous tip led police to a locker at Spencer Street station where the painting was found undamaged. The culprits have never identified.

Opened on the 20th of August 1968, NGV International, which sits on 180 St Kilda Road, was designed by Australian architect Roy Grounds, the same architect responsible for the iconic Victorian Arts Centre. In the late 1990s through to 2003, the building was redeveloped and extended by Italian architect Mario Bellini. It was also Bellini who repositioned the water wall to its current place. 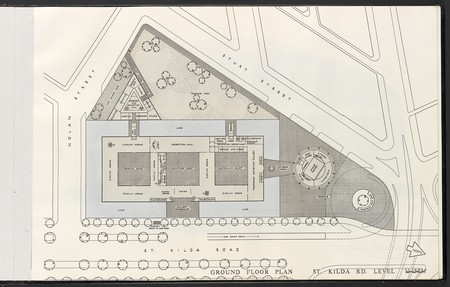