The 10 Most Beautiful Spots In Wisconsin

Horicon Marshes | ©Wisconsin Department of Natural Resources/Flickr
Bountiful lakes and rivers, untouched, diverse landscapes, and historical settings off the beaten track are all sources of magnificence in Wisconsin. If taking a grand tour of every inch of the state isn’t feasible during your visit, however, we have narrowed the must-see destinations down to the top ten most beautiful Wisconsin spots.
Ice Caves, Apostle Islands National Lakeshore ©The Cut/Flickr

Wisconsin nature is in its purest form in the Apostle Islands National Lakeshore. Camp on Madeline Island before spending a day exploring sea caves along the banks of the islands. Gliding atop Lake Superior in a kayak is like floating across aquamarine glass; the water is so pristine that you can see the pebbled details on the floor of the lake through 10 meters of water. Come back in winter when the lake is frozen to discover the striking caves on foot. 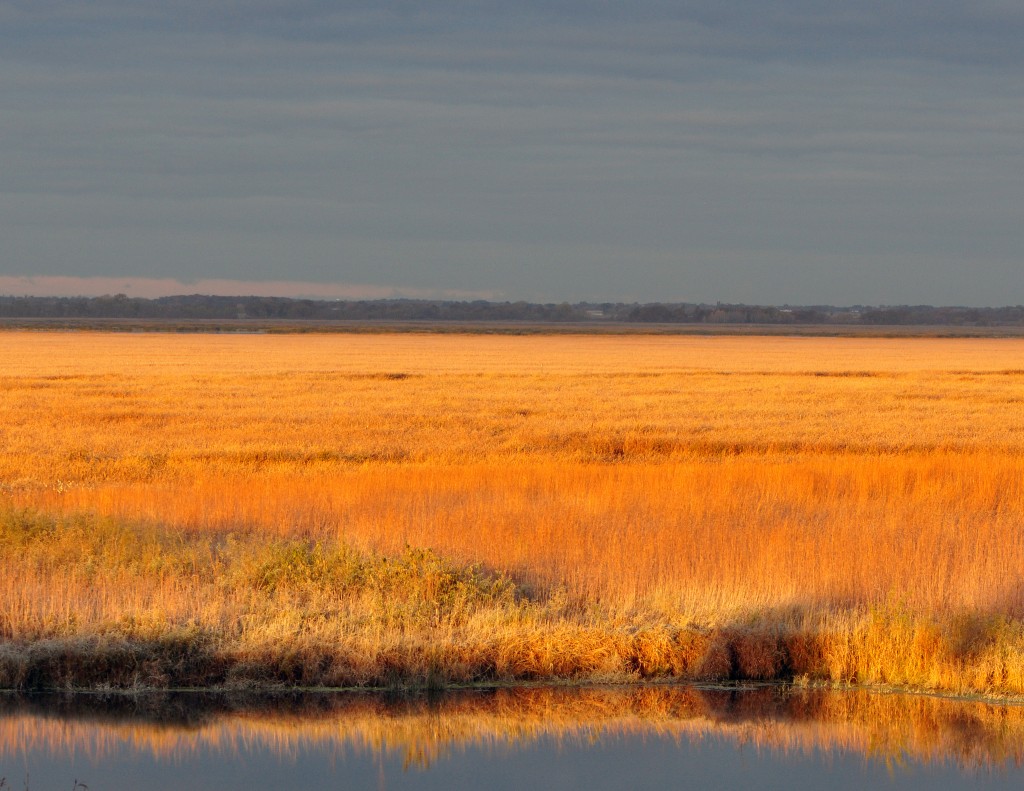 Experience how truly tranquil nature can be within the Horicon Marsh, the largest freshwater cattail marsh in the United States. This ecosystem, created when a glacier melted thousands of years ago, is home to a vast amount of species. Its biodiversity includes over 305 different species of birds, which is why it has been designated as a ‘Westland of International Importance’ and as a ‘Globally Important Bird Area.’ 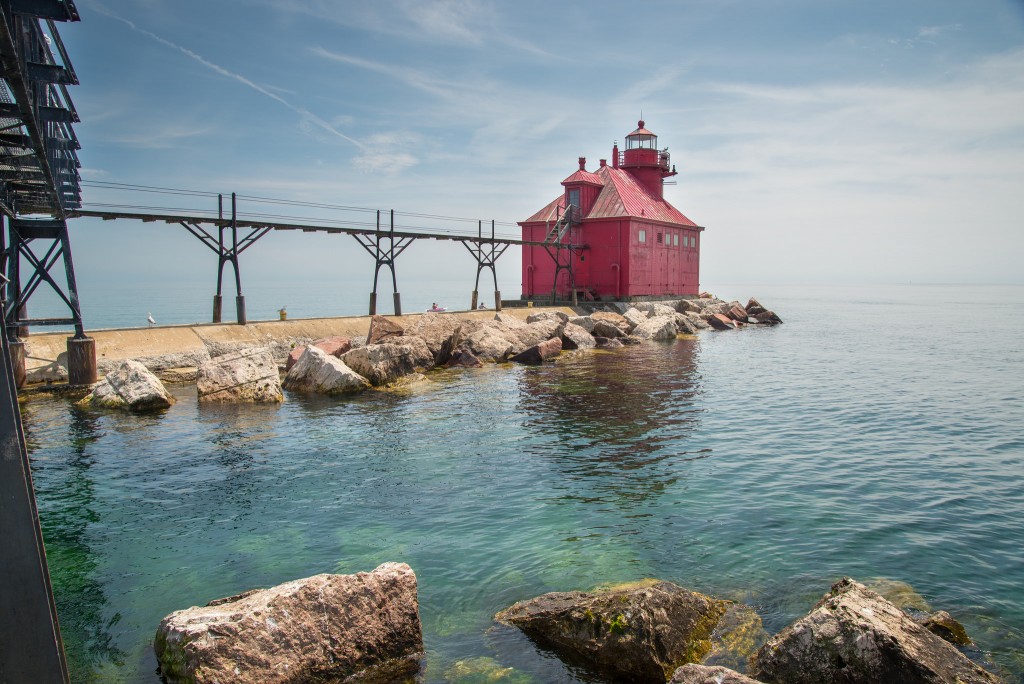 If you wish to vacation like a Wisconsinite, spend a weekend in ‘the Cape Cod of the Midwest’, Door County, the state’s eastern peninsula and its adjacent patches of island. Whilst you’re there, try the fresh cherries if they’re in season—they’ll be the best you’ll ever taste. Explore the charming shops of Egg Harbor, Sturgeon Bay and Ephraim, or learn about maritime history by touring one of the lighthouses dotting the shores of Lake Michigan.

House on the Rock

Museum
Perched on a column of sandstone in Wyoming Valley, Wisconsin, is architect Alex Jordan’s masterpiece House on the Rock. In what may have been an effort to impress architect Frank Lloyd Wright, a Wisconsinite, Jordan filled the gorgeously complex house with rooms brimming with eclectic collections of artifacts like old automobiles, a carousel, nude figurines, ornate glass-work and more. Don’t miss the Infinity Room in particular, which is named so because it appears to span infinitely across the estate.
More Info
Open In Google Maps
WI-23, Spring Green, Wisconsin, USA
+6089353639
View menu
Visit website
Visit Facebook page
Send an Email
Give us feedback
Thu - Mon:
9:00 am - 5:00 pm 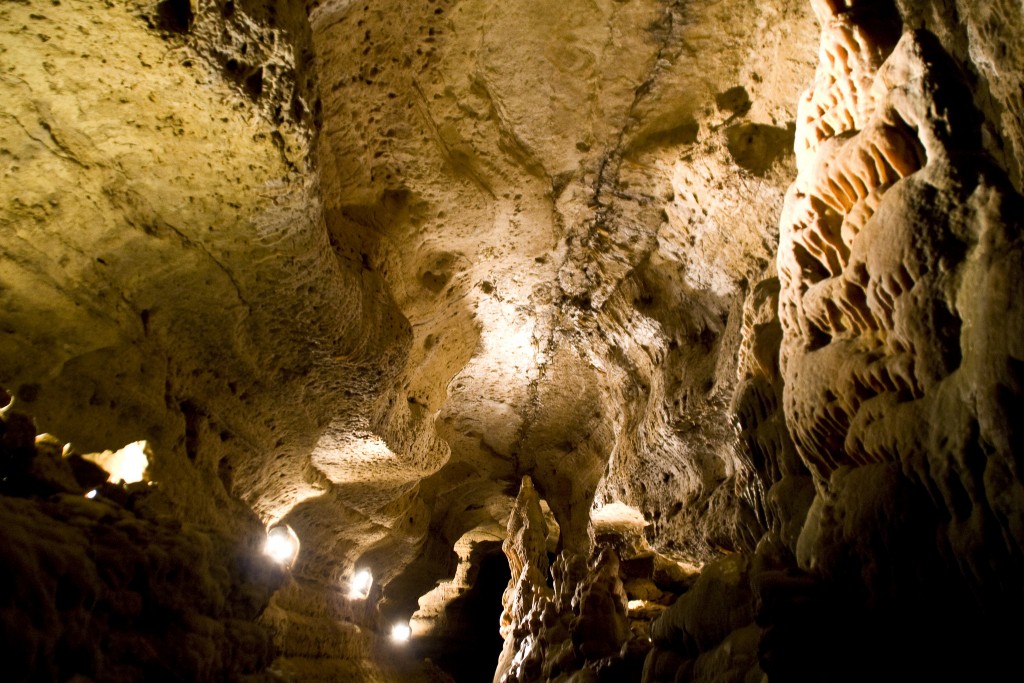 Cave of the Mounds | ©yenna/Flickr

Cave of the Mounds

In 1939, quarry workers accidentally discovered an enormous limestone cave system, filled with colorful mineral formations, whilst removing rock in the hills of the Blue Mounds. Rumors of the cave spread quickly and thousands of visitors flocked to what is now called Cave of the Mounds, a National Natural Landmark. Take a guided tour of the 400-million-year-old cave system to see the mystical beauty beneath Wisconsin’s surface. 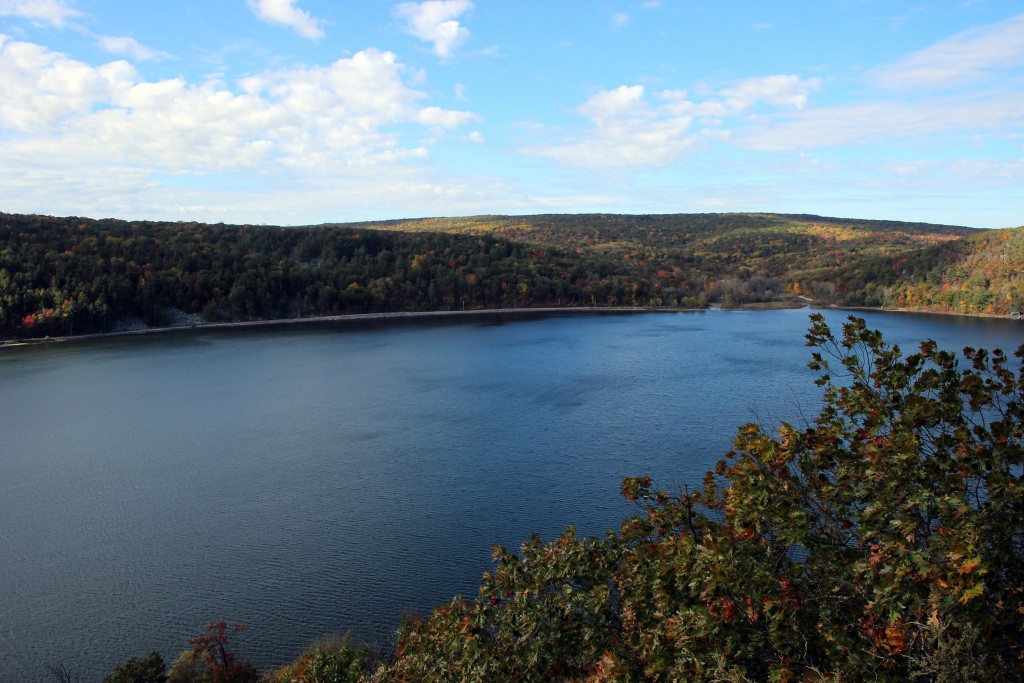 Architect and interior designer Frank Lloyd Wright is perhaps one of the most famous Wisconsinites to date, due to his mastery of harmony and organic shapes within the field of architecture. In Spring Green, visitors can tour his estate, known as Taliesin, for an up-close-and-personal look at his work. The beautiful setting of nearly 500 acres overlooks a lake and a rich emerald forest.

There are no excuses for being bored in the Wisconsin Dells. Besides being the self-proclaimed ‘water-park capital of the world,’ there are opportunities to go on ‘duck boat’ tours — rides on amphibious vehicles through the picturesque Wisconsin River and Dell Creek, as well as spectacular cross-country ski trails, horseback rides through the countryside, zip line tours and plenty more. Prepare for an adrenaline rush as you look at natural Wisconsin from a more thrilling perspective.

Park
Wyalusing State Park’s breathtaking location, overlooking the junction between the Mississippi and Wisconsin rivers, provides absolutely incredible views of the landscape. Camp in the park for the opportunity to hike extensive trails, go fishing and boating, or learn about the Native American burial mounds located throughout the park. Taking a day trip down the Wisconsin River, stopping at sandbars to swim and snack throughout the day, is highly recommended.
More Info
Open In Google Maps
13081 State Park Lane, Bagley, Wisconsin, 53801, USA
View menu
Visit website
Visit Facebook page
Send an Email
Give us feedback
Give us feedback