When people think of Milwaukee they usually associate it with Hollywood stereotypes involving The Fonz, Lavern & Shirley and maybe, if you were paying attention, That 70’s Show — all multi-cam TV sets depicting a rust belt-ish life that is missing many important details. 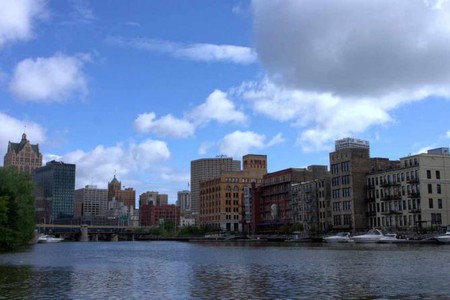 It’s literally ‘The World’s Largest Music Festival,’ making other festivals like Coachella seem really cute. The festival happens for 11 days across 11 stages but has dedicated grounds on the lakefront with a chair lift running across. Everyone is on the lineup.

‘Yer darn tootin!’ Like a lot of towns in the Midwest, Mi’waukeeans tend to speak in a fabulous, often perceived as comedic, accent. Coming from a mashup of Swedish, German and Polish heritage, this pseudo-lilt-meets-twang-meets-not-really-sure-exactly has an all-around jollying effect, causing locals to sound ‘sooper nyce’ even when they’re not. Combined with a few classic isms, it is a pure joy to sit and listen to any Mi’waukeean speak. The accent is an attraction in and of itself, ‘dontcha knoa!’ 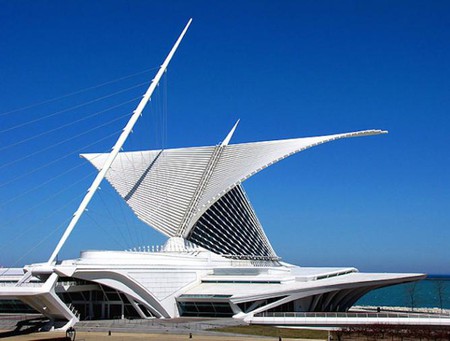 Milwaukee architecture is gorgeous. Okay, so we all know it’s a thing that every city build a Calatrava, but the Milwaukee Art Museum is kind’a better than all the Calatravas. Does it look familiar? That’s because it’s in the background of every major car commercial. Not to mention Frank Lloyd Wright is from there, thus his work is peppered all through town. The whipped cream on top? A 19th-century building fad used a type of clay from the local Menominee River Valley, resulting in Cream City Brick, a light brick color unique to Milwaukee.

Piggybacking on the architecture here, Lake Drive is the fairy tale of all commutes. If you work downtown and live in one of the northern burbs, why take the freeway when, with an add-on of only seven minutes, you can drive along one of the prettiest roads in America? Even if they don’t commute, locals will get in their car and cruise along Lake Drive just cuz it’s so darn dreamy. 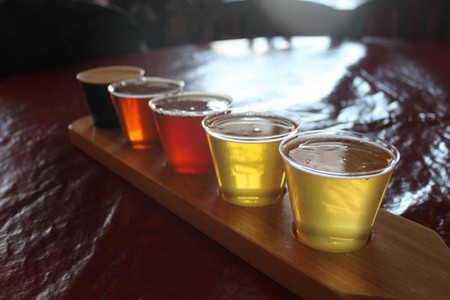 Before there was Portland, there was Milwaukee. And to this day, all of our favorite cheap beer comes from there, like PBR and well, Old Milwaukee. But little do people know, a lot of other smaller national favorites like Sam Adams contract out of Milwaukee breweries. A great place to try some microbrews as well as cruise the local hipsters (yes, Milwaukee has hipsters) is the Hotel Foster. 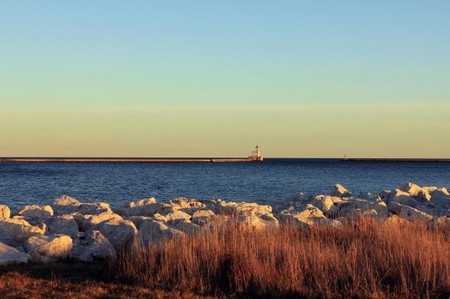 Living on Lake Michigan is like living on the ocean but better. In the summer months when you dive in, you don’t get a mouth full of salt. Believe it or not, Milwaukee has an awesome beach culture, complete with kite and wind surfers plus a marina filled with schmancy sail boats. 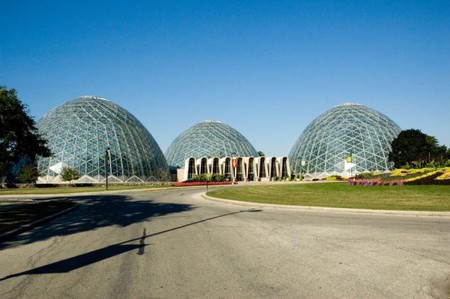 Aaaaaand we’re back to architecture. The Domes, also known as The Mitchell Park Conservatory, are reminiscent of the geodesic fad of the 1960s. Featuring various biospheres and botanical gardens, The Domes pop through the canopy and decorate the Milwaukee skyline like the three-breasted woman from Total Recall.

The Milwaukee Brewers are not amazing, but their home stadium sure as heck is. It has a retractable roof. That is all.

The Milwaukee County park system is as sophisticated as New York City and probably because a lot of the parks were designed by the same guy. With four distinct seasons, each can be enjoyed to the fullest in these parks, specifically Brown Deer. It’s gigantic. Fall is a great way to enjoy the changing tree colors, but winter is something else — public hills for sledding, a toboggan slide, and an ice rink make it about as awesome as a Disney winter wonderland.

Save the best (or in this case the most calories) for last. Kopp’s is the cherry on top of the cup of delicious frozen custard that is Milwaukee. Is it any wonder that there’s a ginormous sculpture of a cherry in the lobby of their North Shore store? People travel from around the world to sample the goodness that is this famous, unique, custard.