This is Why Wisconsin is Nicknamed the Badger State 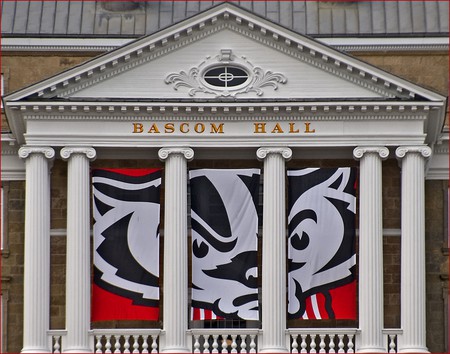 Many college sports fans will recognize the University of Wisconsin’s mascot Bucky Badger, making it easy to assume that Wisconsin’s nickname as the “Badger State” comes from its black and white official state animal. However, the moniker actually dates back to 1800s and pays homage to the unusual lodgings of the state’s miners.

Mining became big business in Wisconsin in the 1820s. As the industry began to boom, men from the southern states would make their way up to the Midwest to mine for lead. To accompany the soft lead miners, additional men from the Northeast came to the area to dig for the deeper iron ore that laid in the harder rock. It’s no secret that Wisconsin’s winters can be harsh, so it was common practice for the majority of the miners from the South to go home for the winter and then return when the land had thawed. Migrating from the South in the spring and summer months landed these men with the affectionate nickname “suckers,” after a particular type of spawning fish. This term is now commonly used in the state of Illinois. 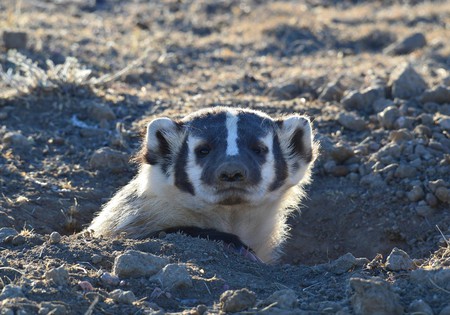 Because iron ore lies deeper in the rock, the men who mined it were able to dig far enough into the hills they were working on to make temporary homes for themselves. This is where many of them would tough out the long Wisconsin winter. While a hole in the side of a hill doesn’t sound like the most pleasant accommodation, many of these shelters were big enough that they were able to provide ample heat and accommodate furniture, making these hillside homes a little more comfortable. These shelters struck a resemblance to the tunnel homes that badgers create, and the men in the mines playfully became known to the locals as the “badger boys.” The nickname stuck and quickly became closely associated with Wisconsin itself.

As early as the 1840s, Wisconsin was already embracing its new identity as the “Badger State” and it quickly became a symbol of state pride. The University of Wisconsin-Madison adopted the ground dwelling critter as its mascot in the 1880s. Prior to Bucky Badger coming to life in the 1940s, a real-life badger could be seen at the university’s sporting events, but rumor has it he kept escaping. Despite the local residents embedding the badger in Wisconsin’s identity not long after miners were living in caves, the animal did not become the official state animal until 1957. Both an animal badger and a miner are featured prominently on the Wisconsin state flag today. Visitors to the Badger State hoping to catch a glimpse of the furry creature should check out one of the local zoos, as it is nearly impossible to spot one in the wild. 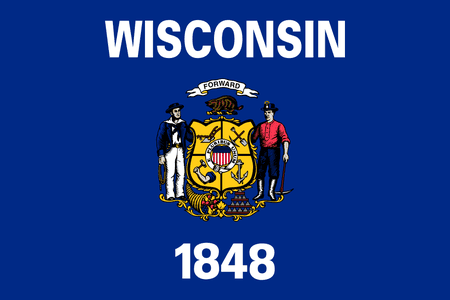 Flag of Wisconsin | © Fry1989/WikiCommons
Give us feedback