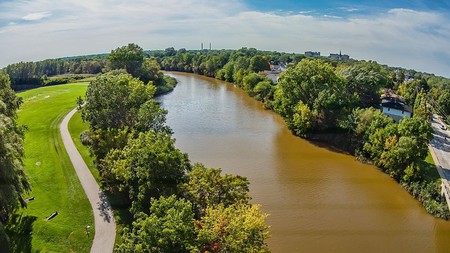 Breathe in the fresh air of scenic trails through wooded areas or explore the streets lining the city’s rivers on your next run. Whether you’re training for a marathon or simply want to enjoy a leisurely jog, the Green Bay area has some of the best running routes in Wisconsin.

The Fox River State Trail winds along the shores of the beautiful Fox River through downtown Green Bay. Thanks to its easily accessible location and 11-mile-long (17.7 kilometers) asphalt-paved trail, it has become one of the most popular paths in the city. Are you seeking an extra challenge? Check out the outdoor fitness course located by part of the trail that runs through Allouez. 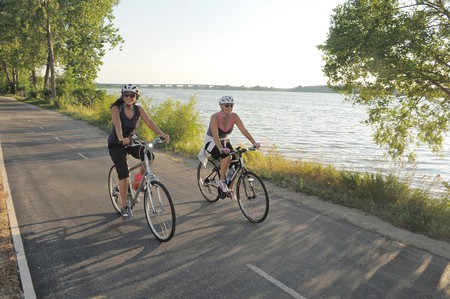 One of Wisconsin’s longest trails, the Mountain-Bay State Trail covers 83 miles (133.5 kilometers) of terrain between Rib Mountain and Green Bay. The path is made from crushed stone, making it a comfortable surface to run on. Whereas cyclists will have to invest in a trail pass, the area is free of charge for runners.

The University of Wisconsin–Green Bay campus covers an impressive 200 acres, offering plenty of space for running. If that’s not enough, long-distance runners will be happy to know that the 290-acre Cofrin Memorial Arboretum surrounds the campus. The combination of these two places offers both paved and dirt paths. 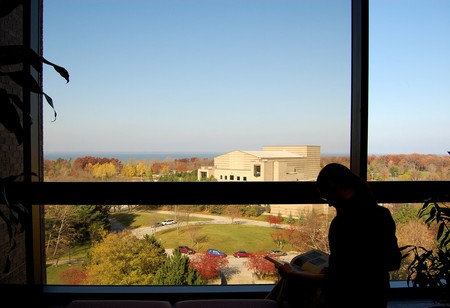 The East River Trail comprises more than six miles (9.6 kilometers) worth of a narrow, paved path that closely follows the edge of the East River from De Pere through Green Bay. The trail provides beautiful views of lush wooded areas and parks where you can get up close and personal with the area’s wildlife.

While considered to be only of moderate difficulty, Baird Creek Trail includes some of the biggest hills around. It may be on the shorter side at just over three miles (4.8 kilometers) in length, but those interested in a longer run can easily cross over to the East River Trail at the East River Bridge.

The Brown County Reforestation Camp trail is a popular dirt running trail in the Green Bay area. Running along the NEW Zoo, the 1,500-acre space offers a scenic route fit for all levels. If you want to take a break from your run, there are plenty of opportunities here to sit back and enjoy nature. 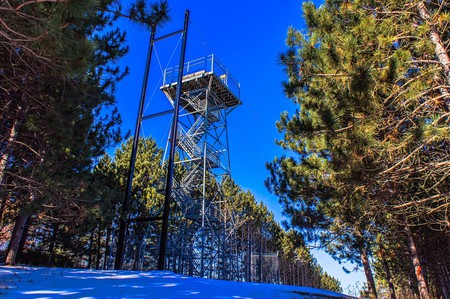 The 920-acre Barkhausen Waterfowl Preserve is not only home to wetland birds but also nine miles (14.4 kilometers) worth of packed dirt trails running through its forests and marshes. In the winter, the trails are converted for cross-country skiing, but in the dryer months, they are an idyllic setting for a run.