Lewis Hine: How Photography Ended Child Labour in the USA

Photography is a powerful art form. It’s caused us to change the way we view things and continues to change what we know to be true. Lewis Hine might be one of the form’s greatest actors for change: through his work the American photographer has changed American consciences, using his camera as a tool to document the harsh conditions of American workers, particularly children – and ultimately bringing about reform in U.S. child labor laws. 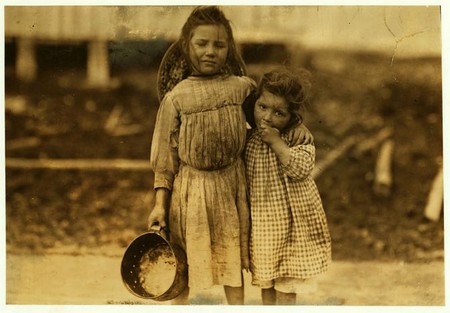 Born in 1874 in Wisconsin, Hine didn’t start off as a photographer. After his graduation from the University of Chicago in 1901 he taught botany and nature studies at the Ethical Culture School in New York City. It was there, after a colleague suggested he use photography as a tool for his classes, that Lewis Hine as a photographer was born.

With a constant interest in social welfare and reform movements, Hine was particularly drawn to the conditions of immigrants in the United States. In 1905 he began his first documentary series on immigration, focusing on the waves of newly arrived immigrants at Ellis Island. He photographed this ‘new immigration’, the recent influx of immigrants from southern and eastern Europe, from 1904 until 1909. The families that left Ellis Island and poured into cities, factories and farms heavily influenced his subsequent work in child welfare and the social conditions of the American working class. 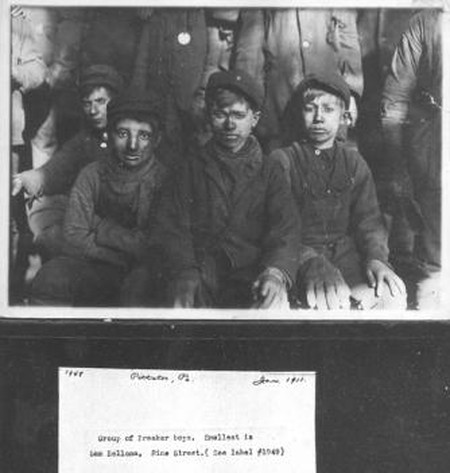 He was a good teacher, used to working with children, and gained their trust quickly. If a child didn’t know his or her age or refused to give it, he surreptitiously measured their height using the buttons on his vest and calculated the age accordingly.

In one photo caption of a young girl with two pig-tailed braids looking straight at the camera, Hine wrote: ‘One of the spinners in Whitnel Cotton Mill. She was 51 inches high. Has been in the mill one year. Sometimes works at night. Runs 4 sides – 48 cents a day. When asked how old she was, she hesitated, then said, ‘I don’t remember’, then added confidentially, ‘I’m not old enough to work, but do just the same’. Out of 50 employees, there were ten children about her size’. Another photograph, taken in Jersey City, New Jersey, shows a small body crumpled across two stairs, newspapers being used as a makeshift pillow; a young newsboy is taking a break for some sleep.

In 1910 there were approximately two million children under the age of 15 working in the U.S. But by the early 1900s child labor was beginning to be seen by many as child slavery. Hine said, ‘There is work that profits children, and there is work that brings profit only to employers. The object of employing children is not to train them, but to get high profits from their work’. 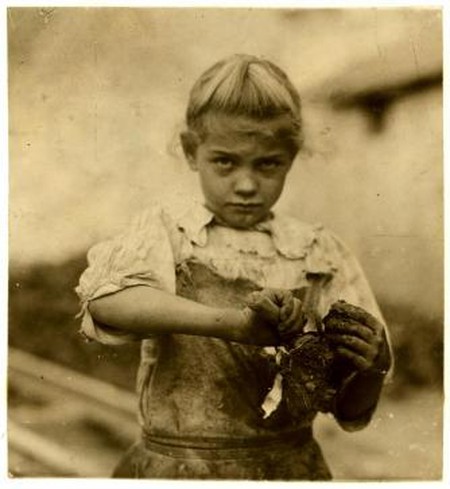 Hine’s documentary project and passion for reform continued to grow and in 1908 he quit teaching to work as an investigative photographer for the National Child Labor Committee (NCLC), an organization established to abolish child labor. Hine was one of many photographers hired by the organization to investigate and gather evidence of the squalid conditions many children worked in. His photos formed exhibitions, were made into slides for lectures and printed in magazine articles and pamphlets, directly influencing the state of children in the U.S.

Eventually these efforts led the Children’s Bureau to be transferred to the Department of Labor, an important step in the fight against child labor. Finally in 1916 Congress passed the Keating-Owens Act, establishing a minimum age of 14 for workers in manufacturing and 16 for workers in mining and an eight-hour workday maximum, among other things. Unfortunately this law was deemed unconstitutional in that congressional control of interstate commerce did not control conditions of labor. While it was a blow to the child labou movement, by 1920 the number of child workers was nearly half of that in 1910. 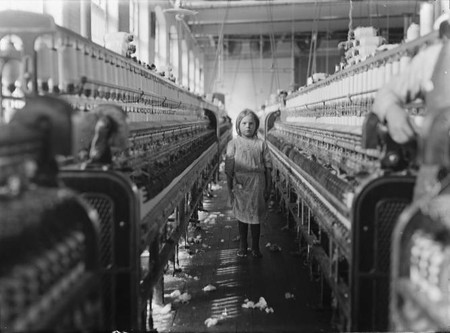 Hine continued to work for social reform over the years, photographing for sociological studies, magazines and for the American Red Cross in Europe right after World War I. In 1926 he went back to Ellis Island to update his record, observing and documenting what reforms had and had not been made.

By that point, interest in Hine’s work was dying down, his age and individuality working against him in his later years. While many of his submissions were rejected, Hine kept at it, still using his art to raise questions and fight for social reform. In 1939, a year before his death, Hine found renewed respect for his social photography with a large exhibition of his work at the Riverside Museum in New York and in the 1980s the NCLC created the Lewis Hine Award to honor the investigative photographer. Still today the award is given annually to ten recipients for their extraordinary service to young people.

Today Hine’s work, a collection of more than 5,100 photographs and 355 glass negatives, are housed in the Library of Congress. Hine’s photographs were instrumental for the state of American workers and American children, ultimately helping to reform the child labor laws in the U.S. His use of free speech and free press influenced and awakened Americans’ consciences, effectively proving that the camera can be a powerful tool to promote social change.