10 Films and TV Shows to See Before Visiting Wisconsin 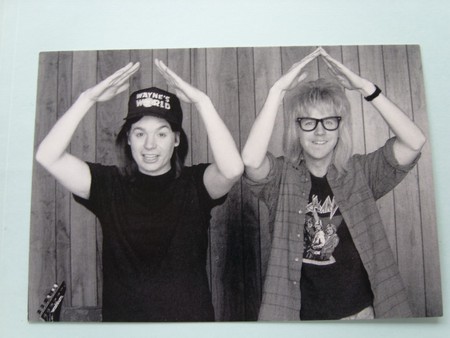 Television and films can instantly teleport people to worlds where wizards and dragons rule, or to a simple a flat in New York. These works of art can give a glance into what those worlds are like, and movies about the state are no different. Here are some of the films that you should definitely watch to get the true flavor of Wisconsin.

Yes, we’re starting off a bit morbid with a film about something most in Milwaukee have tried to forget. But knowing the history of a city is invaluable, and Dahmer [2002] tells the story of Jefferey Dahmer, the notorious serial killer who spent a large portion of his adult life in Wisconsin. Dahmer is a huge part of the city, even today, and there are tours that follow his path through the city.

Although Love Actually [2003] isn’t fully set in Milwaukee, it does give viewers a taste of what Milwaukee is not. In the DVD commentary, director Richard Curtis even admitted that he had never been to the city. His portrayal of country bumpkins drinking Budweiser in a bar is abhorrent to locals. First off, they’d be drinking Miller Lite. Secondly, Milwaukee is not some town in the middle of nowhere. It’s a cool and hopping Midwestern city!

That ’70s Show is bizarrely accurate in telling the teenage experience in Milwaukee. Even today, many people have the same friends that they’ve known since they were very young, as the neighborhoods within the city are tight-knit and small. Not only that, the humor of the show is very wholesome, dry and Midwestern, and yes, some people who grew up there in the ’70s spent too much time in their basements trying not to burn it down.

This film is just classic Midwest, from the Chicago car chases to the blues music itself. But most people don’t realize that quite a lot of the film was actually shot in Milwaukee, including the famous police car pileup. The crime comedy is completely iconic, and much of that is thanks to Milwaukee.

The city of Salem, Wisconsin, gives a lot of people the creeps, as the house used for the 2005 remake of The Amityville Horror is located here. Although the movie wasn’t set in Wisconsin, the house gives a glimpse into the hidden beauty that lies in some of the lesser known parts of the state.

Now this is the quintessential Milwaukee film. Not only do the opening credits show sweeping views of the city, but most of the film was shot there as well. The story tells of the rivalry between Milwaukee and Chicago, as shown by Kirsten Wiig and Rose Byrne’s characters. Milwaukee often plays second fiddle to Chicago, but Bridesmaids [2011] shows that the city can really shine on its own.

One of the best Wisconsin scenes of all time comes from Wayne’s World [1992], when the main characters take a trip to Milwaukee to see legendary rocker Alice Cooper. After the show, they sit down with Cooper, who proceeds to give them a hilariously serious history lesson about Milwaukee and tells them that Milwaukee was originally pronounced “Mill-e-wah-que” and that it is Algonquin for “the good land.” None of this is remotely true, but it is absolutely hysterical.

The Prince and Me

Julia Stiles was arguably the queen of the early 2000s rom-coms. Her film The Prince and Me [2004] is set at the University of Wisconsin-Madison, the state’s most prestigious school. The no-buts-about-it tone portrayed throughout the film is an accurate depiction of Wisconsinites. Love Actually got one thing right—foreigners seem to fall for Wisconsin girls.

This quirky and upbeat show is so beloved in Milwaukee they have a statue to prove it. Happy Days portrays a family in the 1950s navigating life. The city is particularly infatuated with the character Arthur “Fonzie” Fonzarelli, portrayed by Henry Winkler; a bronze statue of the character sits on the Milwaukee Riverwalk and is affectionately referred to as “The Bronze Fonz.”

Although a fairly new show on the Disney Channel, Liv and Maddie personifies the people of Wisconsin. Set in Stevens Point, a real town, it tells the story of a set of twins, one dealing with worldwide fame, the other worried about her upcoming basketball games. In a way, it portrays how many stars have had their start in the great state, only to go on to big things. And the Wisconsin humor is not forgotten in this one—they nail the Midwestern tone perfectly!