How to Spend 24 Hours in Norfolk, VA 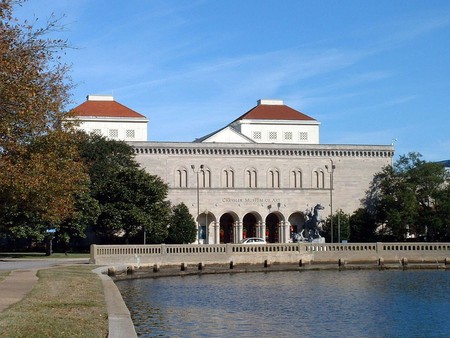 The vibrant waterfront city of Norfolk, VA, is known for its military links and strategic position on Chesapeake Bay. If you’re in town and have 24 hours to spare, take a look at our guide to the best spots in town for insider lowdown on where to visit, eat, and drink.

Start the day with breakfast at the Handsome Biscuit, where the specialty is sweet-potato biscuit sandwiches. Other favorites include the Hella Fitzgerald, a fried chicken sandwich with bacon, cheddar and sausage gravy; and the A.C. Slawter, a pulled pork barbecue sandwich with with apple coleslaw and hot sauce.

You probably won’t be hungry for lunch just yet, so spend the rest of the morning and early afternoon at the Chrysler Museum of Art & Glass Studio. The museum has nearly 100 galleries for 30,000 works of art from around the world. Across the street from the museum sits the the Chrysler Museum Glass Studio, a modern, 7,000-square-foot educational facility that supports artists working in a variety of glassmaking processes, including blown glass, flame working and cold working. Visitors can simply enjoy a glassblowing demonstration or take a class themselves and make a paperweight, holiday ornament or terrarium. The museum and glass studio are located in the NEON (New Energy of Norfolk) district, so after your museum visit, explore the area and check out the building-size murals and sculptures. Be sure to stop in the d’Art Center gallery and grab a poke bowl from Zeke’s Beans & Bowls on Granby Street.

Shorty Goes North. We mentioned in our email Pro Tip No. 157 Get yourself a Shorty and put our Maple Mustard Dressing on it with some bacon and arugula and you got yourself something to remember. Even more fun is ghost pepper cheese! Now turn up the Otis and let’s melt this slush. #ivegotdreams

Rolling Stone magazine readers voted The NorVa as the number one ‘Venue That Rocks the Hardest’ in a poll ranking top live music spots in the United States – stop by after dinner and check out who’s on stage that night. For something a little more low-key, walk over to Gershwin’s, a 1930s-themed bistro, and listen to a pianist play American classics.

Head over to the historic Ghent district of Norfolk and grab a bagel at Yorgo’s, a neighborhood deli serving classic, New York-style kosher bagels. Spend the rest of the morning and early afternoon antiquing at Micheal Millard-Lowe antiques, Three Swallows Imports, Ghent Antiques and Table 7. Break for lunch at Pendulum and order the melt-in-your-mouth brisket sandwich. Recently featured on the Food Network, Pendulum’s brisket is served open-faced style, and is piled high with slow-cooked meat, caramelized onions, pickles with mustard & BBQ sauce on the side. After lunch, head over to Doumar’s for ice cream. Abe Doumar created the world’s first waffle cone at the 1904 World’s Fair in St. Louis, and the original recipe is still used today!

Call ahead to reserve a spot aboard the American Rover. Sail across the Elizabeth River on a three-masted ship, modeled after the cargo schooners that once sailed the Chesapeake Bay. Enjoy a narrated, two-hour harbor cruise and sail past private shipyards, the Battleship Wisconsin, the Naval Medical Hospital in Portsmouth and more. Or, if you’d like to learn more about Norfolk’s naval history, board the Victory Rover for a two-hour narrated cruise where you’ll see destroyers, frigates, nuclear submarines and aircraft carriers at Naval Station Norfolk, the world’s largest naval base.

For decades Todd Jurich’s Bistro has been the go-to for those in search of creatively prepared, five-star cuisine. Menu favorites include truffle ravioli, pan seared lump crab cakes and hand harvested oysters from the Eastern Shore of Virginia. After dinner, head back to Ghent and sip on a glass of The Siren’s White at Virginia’s first and only urban winery, Mermaid Winery. Norfolk is known for its brewery scene, so be sure to make stops at Smartmouth Brewing Company, O’Connor Brewing Company, Coelacanth Brewery and others. The uber-hip Birch Bar serves craft European beer, cider and cheese, while Press 626 Café & Wine Bar boasts one of the world’s best wine lists, according to Wine Spectator magazine.