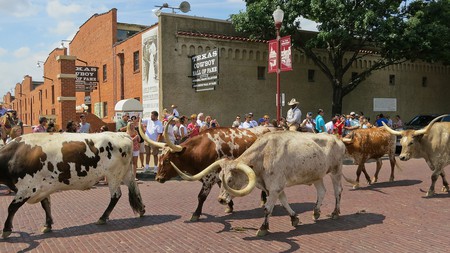 Think you know what Texas looks like? Think again – the Lone Star State is huge, complete with diverse landscapes, cities, and people. Take a look at the state with fresh eyes with these 21 shots.

Texas isn’t all desert and rock formations – visit east Texas to get your forest fix. 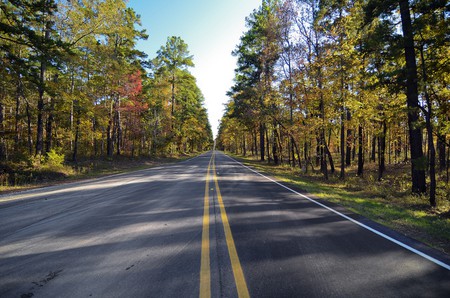 This meditation and worship center was built for the celebration and giving of thanks for people of all backgrounds and faiths. 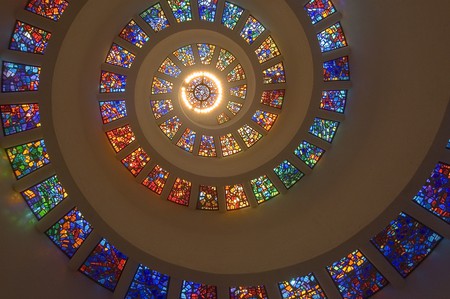 In a field in early spring

Even lining many of the major highways, wild bluebonnets set the scene for lovely spring drives in many areas around Texas. 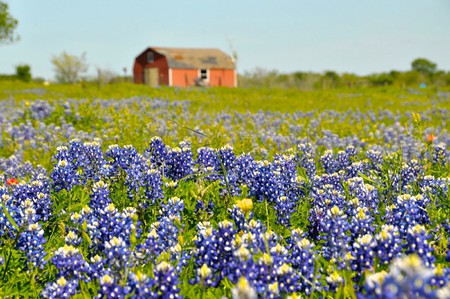 Restaurants, riverboat tours, hotels, and bars can all be found right here, centrally located on the San Antonio Riverwalk. 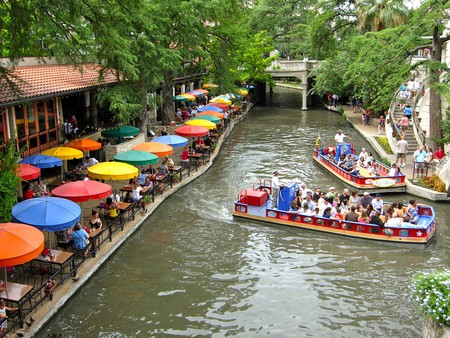 The calm before the storm in Seymour, Texas

Weather in Texas can be volatile, and north and central Texas are susceptible to sudden tornadoes. 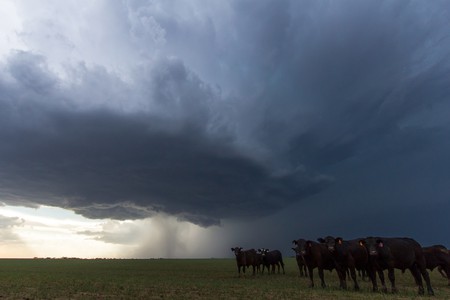 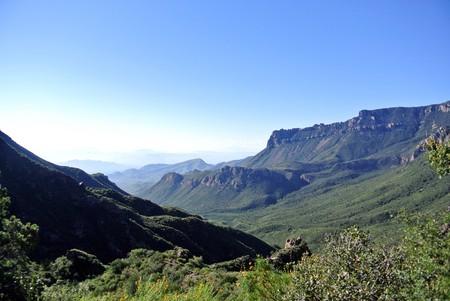 In another area of Big Bend

Big Bend is so large that it looks completely different from one side to another. 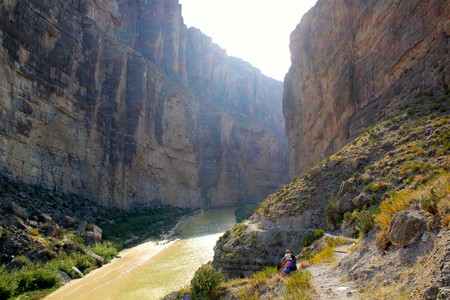 On the streets of Houston

Houston‘s downtown has an industrial feel, but the colorful street art found around town breaks up the monotony. 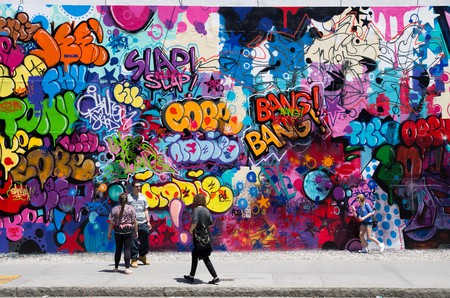 Driving through an empty town

Much of Texas is actually made up of small towns, like seen here in Junction, Texas. 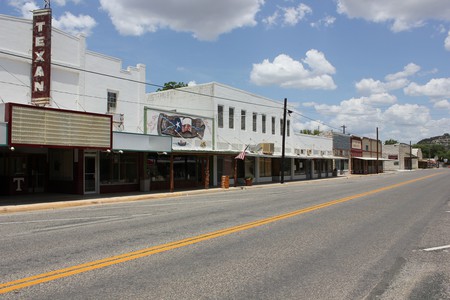 Inside the Museum of Fine Arts

The Museum of Fine Arts in Houston is one of the largest museums in the U.S., and it hosts an array of exhibitions, films, and workshops. 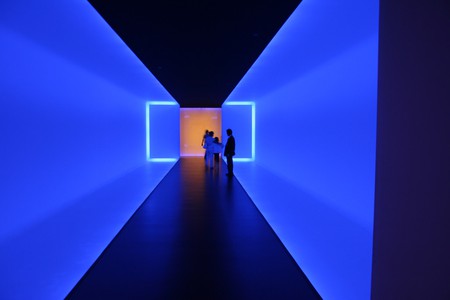 James Turrell’s The Light Inside at the Museum of Fine Arts, Houston | © Ed Schipul

Floating down the San Marcos River

During the summer, the San Marcos River is packed with groups of friends floating downstream in tubes with beers, and sometimes dogs, in hand. 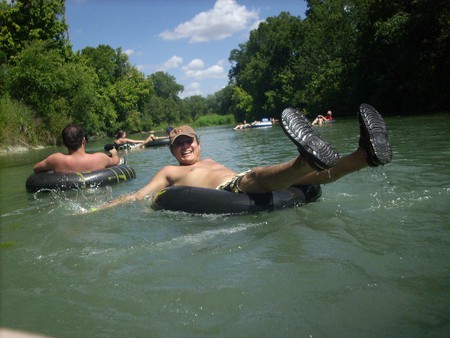 Dallas is growing quickly, complete with an iconic skyline voted the best in the world by USA Today. 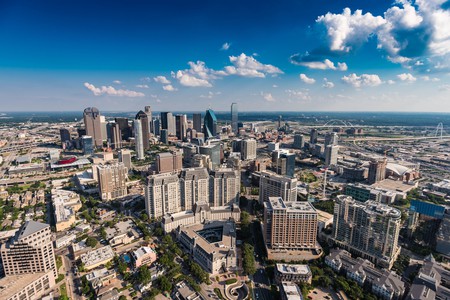 An aerial view of the incredible Dallas skyline | © Daxis

Inside the canal in South Padre

South Padre Island is known as a spring break destination, but most of the year, it is home to quiet retirees enjoying life on the canal. 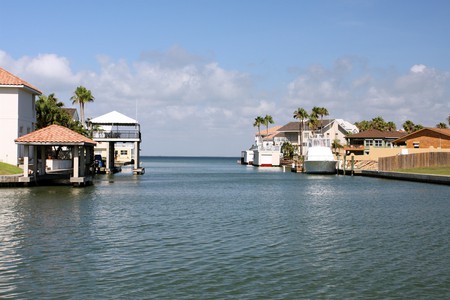 The mid-point between Los Angeles and Chicago

This café sits in Adrian, Texas, exactly 1,129 miles (1,817 kilometers) between both Los Angeles and Chicago. 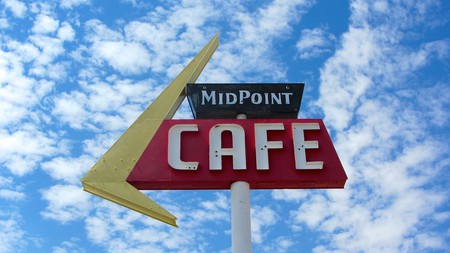 At the Houston Aquarium

The Houston Downtown Aquarium is more than just an aquarium – it’s an entire amusement park, complete with a Ferris wheel, carousel, shipwreck exhibit, and restaurant. 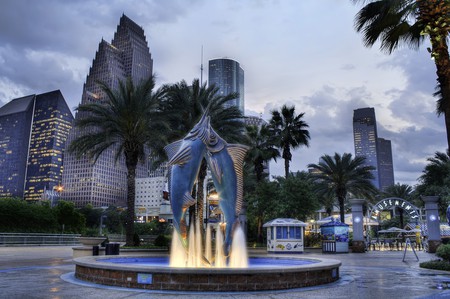 From the sidelines at Kyle Field in College Station 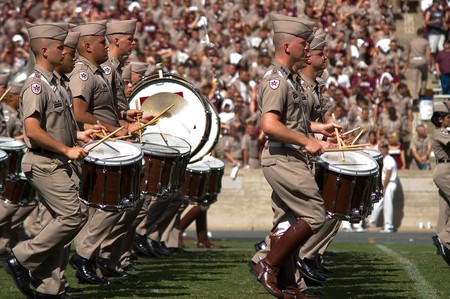 Watching the cattle drive in Fort Worth

Get a taste of traditional Texas at the twice-daily Fort Worth Stockyards cattle drive, led by real cowboys.

The edge of Texas in El Paso

You can see all the way to Mexico and New Mexico from the Franklin Mountains in El Paso. 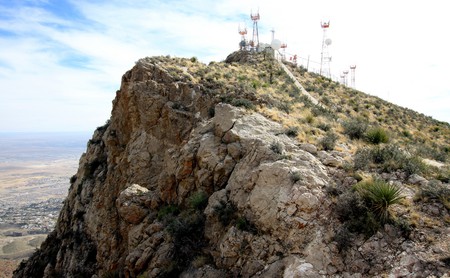 This art installation is a nice change of scenery on Route 66 and has been the topic and backdrop of many songs and music videos since its erection in 1974. 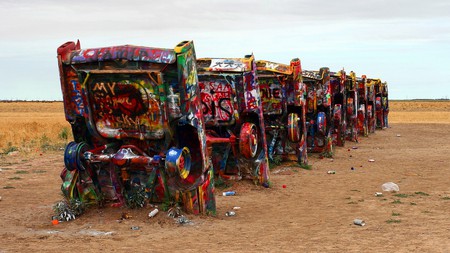 The historic battle held here in 1836 was key for Texans in the Texas Revolution, and this spot in San Antonio is now the most visited tourist destination in Texas. 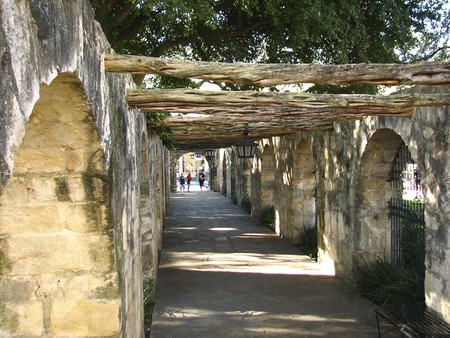 This naturally made pool lies just outside of Austin and is so popular that you must sign up in advance if you want a shot at swimming here. 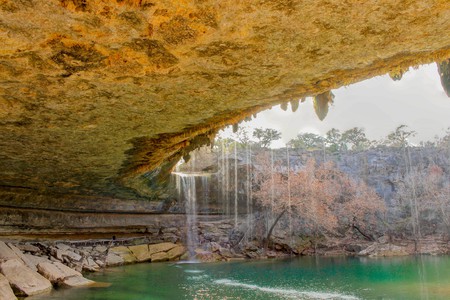