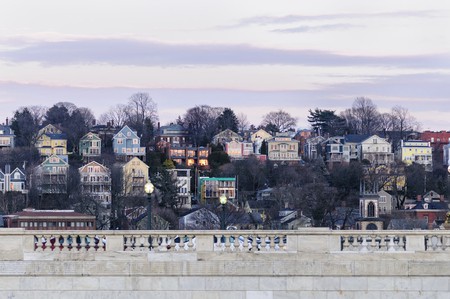 When Vikki Warner bought her three-family home in Providence, Rhode Island, in 2004, she had no idea what she was taking on. Warner was 27 years old when she became the owner of a quirky and dilapidated house. Thirteen years into being a landlady, Warner penned her memoir, sharing her joys and struggles.

Tenemental: Adventures of a Reluctant Landlady chronicles the diverse mix of renters and boyfriends moving in and out of PennHenge, as the home is affectionately named. Warner sits down with Culture Trip to discuss the Fourth of July in Providence and how being a landlady shapes her relationship to the place she calls home.

Culture Trip (CT): Why Providence? Why commit to this particular city?

Vikki Warner (VW): I think any small city definitely has its problems. Providence is no exception. It’s really a place where anything can happen at any time. Sometimes that’s good. Sometimes that’s bad. I actually enjoy the unpredictability of this little town. It’s pretty dynamic.

There are all kinds of people living here and that’s fun as well. There’s a strong history, but people are also shaping and changing what that looks like for us in the future. And it has become a surprisingly forward-looking city. In the past, it was stuck in a mid-century grid of just getting by. Now, we are looking to the future and actually doing some cool things here.

We had a city-wide event a couple weeks ago called PVDFest, which was a huge street festival in the middle of downtown. I go to those kinds of things begrudgingly, but it was actually so nice. Everyone was happy. It was a super multicultural crowd, and everyone was having such a fun time and getting along with each other. I was like, “Oh my god, this is the future.” 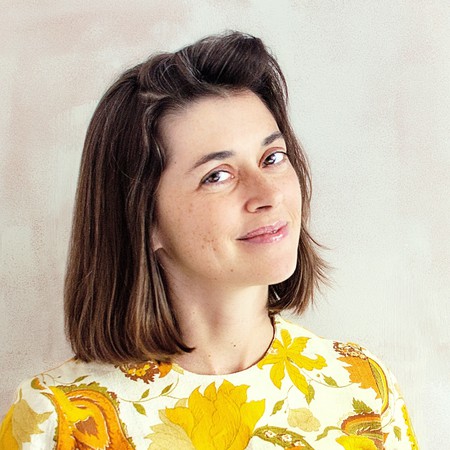 Vikki Warner, Landlady and Author | Courtesy of The Feminist Press

CT: How much of that do you think is to do with your relationship to Providence changing over the years versus the city itself changing?

VW: I’m a total curmudgeon, so it has to be real. I’m usually the last person to get idealistic about these things. I’ve had my trouble with the city over the years. I was really frustrated with it, but right now I feel pretty optimistic.

CT: How has your relationship to Providence been different because you are a landlady-style of homeowner?

VW: I have a little skin in the game. Not much. There are landowners that have 15 or 20 buildings and I only have one, but it gives me a little bit of a soapbox from which to yell. Lately, I’ve been getting involved with a group that is looking for rent stabilization in Providence. Their list of demands is super basic and I think very common sense. I feel a little more confident in getting up and advocating for these things because I am a homeowner and a landlady.

CT: How has the experience of living in the building you own shaped your relationship with the people you are renting to?

VW: Living in the house has changed my relationship with everyone else who lives here. I think, on the whole, that has been really positive. Of course, there have been some people who I haven’t gotten along with at all, and people who have been disrespectful to me and to the house. But being here has given me really solid relationships with everyone who has been here. And I like the option of being with people every day.

CT: I notice the main holiday you write about in your book is the Fourth of July. Why do you think it plays such a central role?

VW: In Rhode Island, the Fourth of July is kind of a centerpiece. I’m sure it is other places, too, but it’s enjoyed in Rhode Island with this weird New England rebellious spirit. Rhode Island itself has a renegade history.

The oldest Fourth of July celebration occurs in Bristol, Rhode Island, which I write about in the book. At some points in my life, I have gone to this Bristol Fourth of July Parade every single year, like this unbroken span of 10 years. It is enormous and everyone is having a good time, but there is a feeling of antagonism in the air. There is this bark of anything could happen right now. All of these people could just get into a brawl. Someone could pass out. It feels very loaded and intense.

It translates to Providence. Every night [in the summer] there are fireworks somewhere in the neighborhood. I never see them but I hear a ton of them. So the fireworks start building the beginning of June, then, on July fourth, they climax. Then they peter out until the end of July into August.

For me, it really upsets my equilibrium to hear these loud blasts all the time, coming from all directions. People are ostensibly celebrating but you don’t get any of that when you are sitting in your apartment half a mile away just listening to them. I have a complicated relationship to the Fourth of July, which is why it seemed like a good foil for my actual human relationships [in the book].

CT: The title of Tenemental includes the word “reluctant.” How would you go about advising other people who want to pursue landladyship?

VW: I think I was just a smidge too young and thought I had it all set. It’s not just about being intelligent. It’s about having a little money set aside because things go wrong [with a house] and it always costs more than you think. And being willing to give a lot of your time to the pursuit of your home because it is going to take up more of your time than you want. When you are 27, I don’t think that is high on your priorities.

Go into it with clear eyes about how much time you are going to have to devote. Since the book came out, I have heard from a lot of women who have done this. If you want to buy a home and you’re not in the place where you are ready to pay a 30-year mortgage on a single-family house, which many of us are not, I think it is a great way to get help to pay for your mortgage. It can be expensive to upkeep, but if you just have a little set aside, it usually is something you can handle if you’re smart.

It is a great idea and more women should be doing it. Let’s start a landlady revolution. 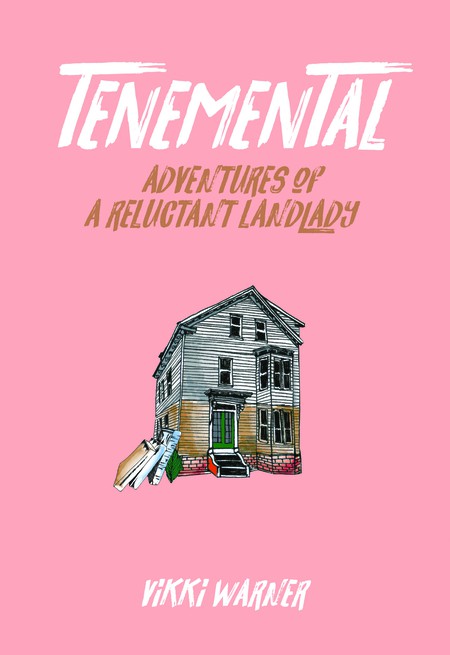 'Tenemental: The Adventures of a Relucant Landlady' by Vikki Warner | The Feminist Press

Tenemental: Adventures of a Reluctant Landlady by Vikki Warner is published by The Feminist Press, $13.56.