Pulped Fiction: The Weird And Wonderful World Of H.P. Lovecraft

Influenced by the late, post Victorian writings of Edgar Allen Poe, Algernon Blackwood and Nathaniel Hawthorne, the pulp fantasy and science fiction writer H.P. Lovecraft was a progenitor of the style known as ‘Weird Fiction’. 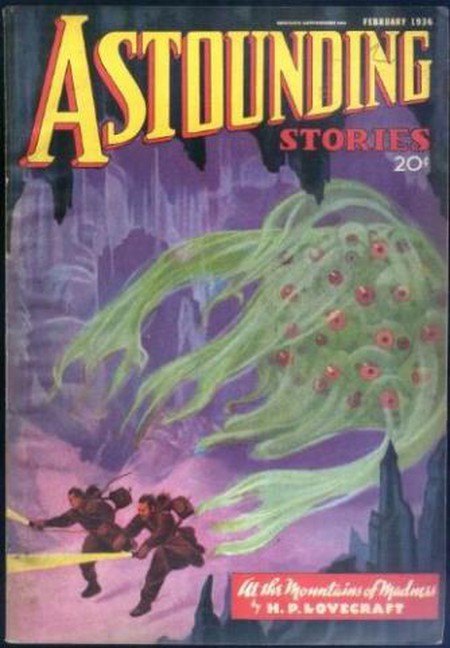 Born Howard Phillips Lovecraft in 1890, the New England writer lived a quiet life in his hometown of Providence, Rhode Island, only gaining literary recognition after his death in 1937. An often unwell and eccentric child, Lovecraft was bought up by his mother and grandfather after his father suffered a deep psychosis leaving him comatose. As a child, Lovecraft read extensively, with his personal favorites being the works of Poe, Blackwood, M.R. James, Lord Dunsany, The Iliad, and The Arabian Nights. His early years were filled with hardship and tragedy; when his grandfather passed away in 1904, the family were bankrupted and forced to move out of their home into squalid, cheap accommodation. Suffering a nervous breakdown, Lovecraft was unable to carry on his education, and became a social recluse. His mother would also pass away in 1921, following a severe bout of depression which left her institutionalised.
Lovecraft started writing poetry, and weekly articles for local newspapers such as the Providence Tribune (1906-1908) and The Providence Evening News (1914-1918), but soon began to submit his own fantastical short stories to various pulp publications such as Weird Tales, a compendium of horror and fantasy fiction, which has also featured early work by Ray Bradbury and Tennessee Williams. Some of his greatest, most influential fiction includes the short stories The Call of Cthulhu (1926) and The Shadow out of Time (1936), and the novella At the Mountains of Madness (1931), about the discovery of a creature in the snowy wastelands of the Antarctic. 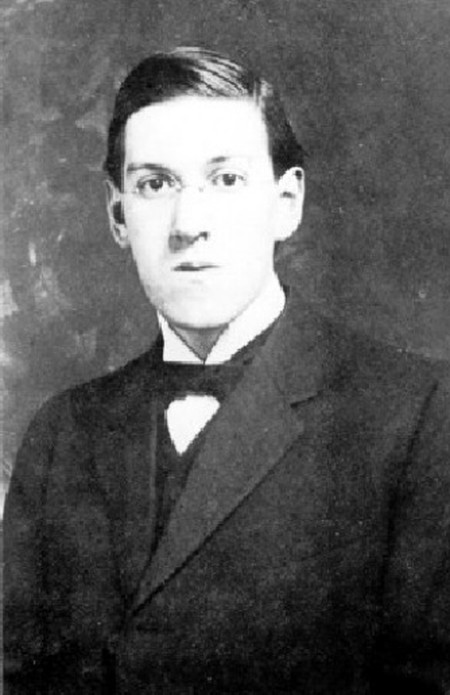 Lovecraft often featured themes of insanity, forbidden knowledge, the pitfalls of scientific discovery, mythical civilisations, awe-inspiring creatures, and mysteries which traversed across time and space. His unclassifiable, baroque narratives did not fit easily into genres, but his dominant style is clearly influenced by the creeping dread of Poe’s gothic tales of the macabre, and the speculative science fiction adventures of Jules Verne and H.G Wells. Lovecraft was also responsible for coining the term ‘cosmic horror’ to describe his vast cosmological tales set in an unknowable and uncaring universe that is ultimately without purpose. He was inspired by his hometown of Providence, mentioning many locales in his stories. His 1937 horror story The Shunned House is based on a real building in Rhode Island.
Lovecraft is now recognised as a visionary writer of fantastical fiction, following a posthumous reappraisal of Lovecraft’s work in the last half century. The Pulitzer Prize nominated author Joyce Carol Oats, commenting on his work, remarked that he had ‘an incalculable influence on succeeding generations of writers of horror fiction.’ Oats added that the Weird Fiction of Lovecraft ‘can only be a product… of an age that has ceased to believe collectively in the supernatural while retaining the primitive instinct to do so, in eccentric, atomised ways.’ The revered Argentinean writer Jorge Luis Borges’ short story ‘There Are More Things’ was written in dedication to Lovecraft, and his influence can be seen in works by Stephen King, Neil Gaiman, Joyce Carol Oates, and the New Weird Fiction of British author China Miéville.