This National Forest Is Hosting a Holiday Treasure Hunt All Summer 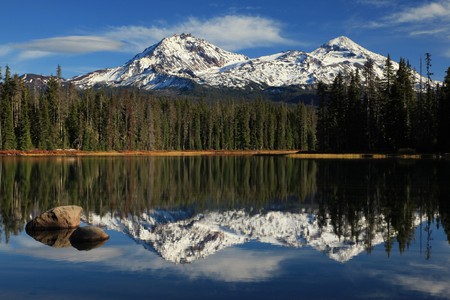 Christmas is coming early in the Willamette National Forest—and not in the way you think either.

While walking through the Willamette National Forest in early June, the last thing you’d expect to see is an ornament dangling off a tree branch or shimmering amongst the rocks and twigs. But Christmas is coming early in the Central Oregon wilderness.

The Willamette Valley Visitors Association hid 200 Christmas tree ornaments in the vast forest over Memorial Day weekend, urging adventurers to find the treasures that have been thoughtfully placed throughout 1,700 miles (2,736 kilometers) of trails. You’re probably wondering why on earth anyone is planting ornaments amongst the Oregon foliage seven months before Christmas.

This year’s U.S. Capitol Christmas Tree is being sourced from the Willamette National Forest, and its theme is “Find Your Trail!” in honor of two important anniversaries: the 50th anniversary of the National Trails Systems Act and the 175th commemoration of the Oregon Trail.

The hunt was launched to inspire and increase outdoor recreational activities, and connect locals and travelers to public lands. Aside from the keepsake, those who find the glass ornaments can register them through Willamette Valley’s website for a chance to win one of 120 prizes, with the grand prize being a trip for two to Washington D.C. to attend the U.S. Capitol Christmas Tree lighting and festivities.

Kick off your Memorial Day weekend by exploring the Willamette National Forrest. #findyourtrail then find one of our hidden ornaments to win prizes. #findyourornament #orwinetrav #itsallyours #capitolchristmastree

The hunt is slated to run until October 2nd, the anniversary of the National Trails System Act. In early November, the Capitol Christmas Tree will be cut on the Sweet Home Ranger District and prepared for its 3,000-mile (4,828-kilometer) cross-country journey to Washington D.C. On its travels, the tree will trace the Oregon Trail in reverse and be part of community celebrations throughout Oregon and the U.S. before making its grand entrance in the nation’s capital on the West Lawn of the U.S. Capitol Building for the annual tree lighting ceremony in early December.

Seventy smaller companion trees will also be sent to Washington D.C. to decorate various government buildings and public spaces, along with 10,000 ornaments handmade by Oregonians.