How Portland Became America's Capital of "Weird" and Embraced It 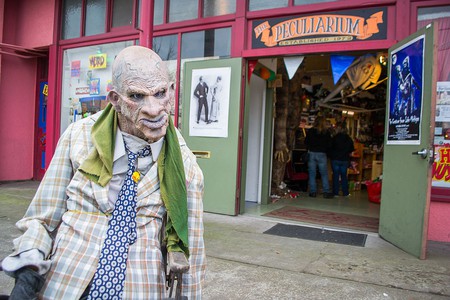 Portland has been affectionately referred to as “weird” for decades – perhaps because it has the most strip clubs per capita in the nation or the high prevalence of man buns and mustaches. It’s also home to the smallest park in the world, a vacuum museum, and the Freakybuttrue Peculiarium – an emporium for all things weird, creepy, and just downright strange. But don’t forget the quirky, über-hipster residents, most of whom are advocates for things like roller derby, craft beer, cycling, doughnuts, and the environment. But this “weirdness” is what makes Portland, Portland. And the locals have surely embraced it.

Found in nearly every corner of the city are Portland’s random bits of eccentricities and culture – whether it’s the strip club with karaoke that strippers will dance to or the makeshift “bar” located in the basement of a plumbing business of a middle-aged homebrewer, considered to be a speakeasy of sorts by the locals. No matter what it is, the city’s weirdness has been apparent for decades. For example, established in 1976, Mill Ends is a tiny urban park located in the middle of a pedestrian crosswalk; it’s only two feet (0.6 meters) in diameter and is really just a small flower pot. But it had such success in the media that it made it into the Guinness Book of World Records. And that was just the beginning. 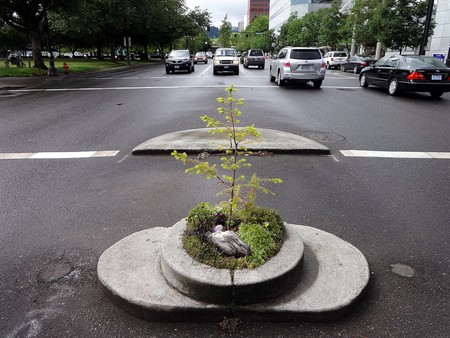 Portland traditions have steadily grown to include the strange and unusual. The Zoobomb, which takes place every Sunday, is an event that involves riding down a steep hill near the Oregon Zoo on kids’ bikes, minibikes, and even unicycles. The ride is usually repeated several times throughout the night, with drinking and socializing intermittently. The Zoobomb pile, a landmark dedicated to the activity, is where extra bikes are piled up and tied to a pole – there for participants who show up without their own ride.

The Adult Soapbox Derby, which happens every August, is a race down the hills of Mt. Tabor Park – participants must create their own box car, usually seen in the shape of wild and crazy wheeled contraptions. Beer, picnicking, and water balloons are welcome.

And as the bicycle capital of the nation, it comes as no surprise that the World Naked Bike Ride – a city-wide event filled with thousands of naked cyclists – is the largest of its kind in the world. More than 20 countries and over 75 cities hold this nude tradition, but only Portland brings in thousands of participants. 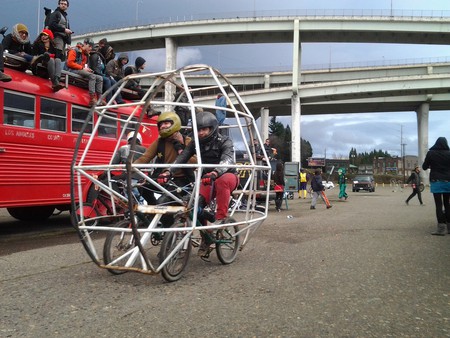 But if it weren’t for the eclectic residents that occupy Portland, these sorts of fascinating events and practices wouldn’t exist. Portlanders have developed an unusual reputation – one that everyone admires – from their love for craft beer, good coffee, wild doughnuts, eclectic eats and cycling to advocating for rights, the environment, or freedom of expression no matter its form.

Indeed, Portland earned the nickname “Little Beirut” early on for the city’s continued efforts for change through protests and marches. The name comes from a particular strange part of Portland’s history when George H. W. Bush came to visit in 1990 and was met with “anarchists” protesting by vomiting red, white, and blue around his hotel grounds. Even the World Naked Bike Ride began with a protest in 2004 against the use of cars and fossil fuels. But Portland’s weirdness is not rejected; it’s rather accepted – especially by Portlanders themselves. “Keep Portland Weird” is no longer just a mural on the streets between Burnside and Ankeny; rather, it’s a slogan, a motto, even a way of life. 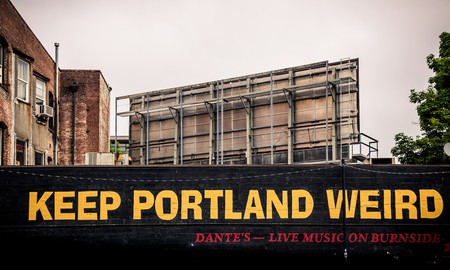