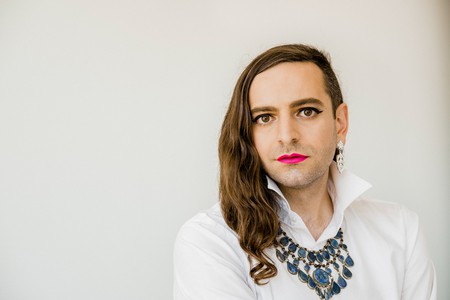 Activist, author and performer Jacob Tobia has been writing for many years, but Sissy: A Coming-of-Gender Story marks their first foray into long-form writing. They sat down with Culture Trip to discuss queer storytelling, navigating airports and more.

Jacob Tobia’s work has long been about changing assumptions, and their first book is no different. Sissy: A Coming-of-Gender Story details Tobia’s childhood in North Carolina. Tobia has spent their adulthood advocating and educating on issues related to LGBTQ rights and gender expression. This work has landed them on the Forbes 30 Under 30 and Out100 lists, making them a go-to voice for the genderqueer community. Their popular Instagram account shows off their distinct style, which often consists of vintage pieces and a bold lip. Tobia is a passionate speaker who delights in being able to share a message of acceptance and possibility. While film and activism have helped Tobia make their mark, Sissy marks a return to form in many ways as Tobia got their start as an essayist. 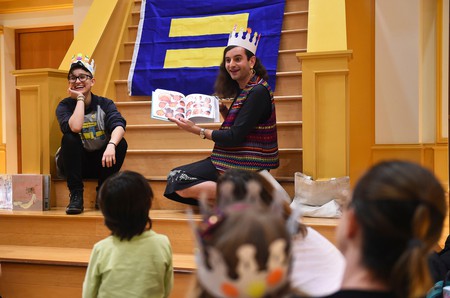 Rather than focusing on more recent years of activism, Sissy is the story of Tobia’s childhood. Tobia was a non-conforming child in many ways, and despite dealing with a number of difficulties associated with growing up in the American South, their story is an ultimately optimistic one. Sissy follows Tobia to college at Duke University and then to graduation; readers are left to look to Tobia’s other writings to discover what happened to the nervous but hopeful person Tobia had become. The book is an exploration of gender and an examination of how bodies move in the world. Tobia spoke with Culture Trip about Sissy, their upcoming book tour and how reputation can shape how people understand LGBTQ life in the South.

Culture Trip: Can we talk a little bit about the cover of Sissy? It is a beautiful melding of the visual social-media presence and the actual writing that you’ve done.

Jacob Tobia: I was adamant about not putting a photo on the cover for two reasons. I think an illustration gives the words more room to breathe. People are able to imagine you more than a real photo. Also, if you don’t have household recognition, you don’t have to put your face on the cover.

When we were discussing the subtitle, [my publisher] originally wanted me to do “My Coming-of-Gender Story” but I was resistant to the possessive pronouns because it feels like it takes the whole thing and puts it in a jar on the shelf which feels so very far away. [With] “A Coming-of-Gender Story” the indefinite article invokes the idea that this is one of a million coming-of-gender stories. This is a reflection on a much more universal experience and truth; it takes it out of my story and into our story. 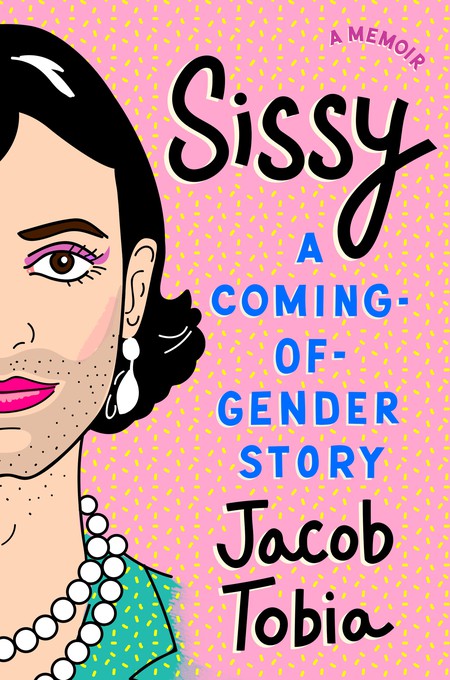 CT: You have done so much work in the digital writing space and in video; what prompted you to want to write a book?

JT: [The book] was a response to the limitations of social media and digital culture in terms of what we are able to share. There were a lot of stories I wanted to share that needed context in order to be told. That worked better in long form. It became a necessity for me to further as a creative person.

CT: Why did you choose to end Sissy at college graduation?

The thing that can be so cruel about queer and trans childhood is that the narrative structure is flipped and inverted. Instead of having a build to a climax, in your childhood, you are immediately cut down in the most unkind of ways and you have the narrative of building yourself back up.

I refuse to tell trans and queer stories that wrap up in a bow. [For] any oppressed people that are telling their stories in public there’s an immense pressure to wrap it all up in the end. That’s not actually how humans work. No one’s gender wrapped up in college graduation. [Ending] in college is beautiful, because it is the most explosive of endings. I literally figured out who I am, I feel happy, and then I lose the place where I figured it out. It feels like an energetic and radical place to end a trans story.

CT: On the LGBT Q&A podcast with Jeffrey Masters in 2016, you talked about the intersection of safety and place. You were complicating the idea of safety [as a queer person] by talking about the benefits of being a familiar face versus [the perceived] safety of liberal cities like New York.

JT: Another reason I like ending the book where I ended it is that, basically, the whole story takes place in North Carolina. It is a queer non-binary Southern coming-of-age story.

Growing up, I was told there are safe places for people like me and hostile places for people like me. And that those were pretty cut and dried and that they were regional. And none of them lay below the Mason-Dixon Line. Basically there are three or four cities where people like you can have a good life and that’s it. And if you don’t live in one of those few places, you’ll never figure out who you are, you’ll never be happy in your skin, and that’s just how it works. 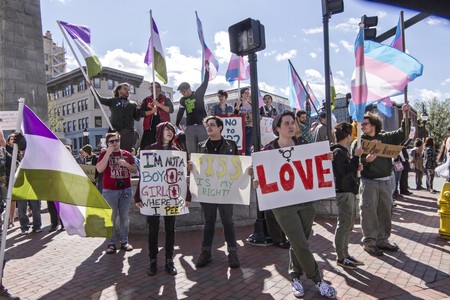 I refuse to see North Carolina in that way. It was a place where I found an incredible amount of joy. As someone who has now lived in those coastal elite cities, people assume that they know how I found queer happiness. And that is not true.

CT: How do you approach travel as a gender non-conforming person?

One of the ways I’ve had to embrace forgiveness and kindness to myself is acknowledging that I don’t owe my gender to anyone at any specific time. I don’t owe authenticity in all moments. It is OK to protect myself in order to feel safe.

Airports can be an unpleasant enough place as it is. Some days I don’t want to put up with navigating an airport in a dress and on those days, it is OK. I’m not selling out my community. It’s also not like expressing a more masculine gender is totally anathema to who I am. It’s just not my ideal presentation. But we are often not our most ideal selves and certainly [not] when I’m traveling.

Not all trans people have that luxury. There are trans people for whom it is impossible to go through security in a way that is easy. I wish we lived in a transformed world where your gender didn’t have to clear in order [for you] to have mobility.

One of the things I talked about in the book is that I wish we talked about coming out not as a closet but as a snail shell – where we always retain our shell and always have the option to go back in in order to feel safe. It is totally reasonable and natural to want to feel safe and protected in your body.

I just wish queer and trans people didn’t have to prove anything to anyone to get to the airport safely. Just get to your flight, sweetie. You can do it. That’s enough of an accomplishment for the day.

Next time I am getting a tour bus. When Sissy is a best-selling book and I am a big famous author lady, I will get a chalet where I write all my books. And a tour bus for the next one. It will feel very Priscilla, Queen of the Desert.

CT: I am just thinking your book cover would make a really great bus side decoration for your tour bus.

JT: Oh yes, it would look really good on a tour bus for sure. Let’s put that into the universe. I like it. 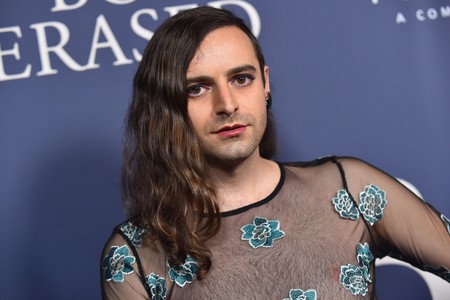