Why Asheville’s Nickname Is the Land of the Sky 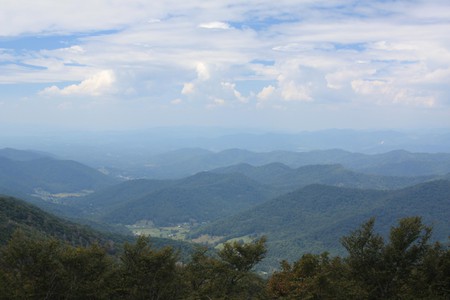 “The Land of the Sky” is the most often used nickname for Asheville, certainly more than its other monikers, “The Paris of the South,” “San Francisco of the East,” or “New Age Mecca.” One visit explains why, as the bright blue sky flashes brilliantly against the backdrop of the Blue Ridge Mountains. These mountains make the sky over Asheville seem to stretch far and wide toward the mountain peaks and make for some of the most beautiful sunsets you’ve ever seen. These peaks also trick the mind into thinking that if we climbed these mountaintops, we, too, could touch the sky.

This fitting nickname, however, didn’t come about by accident. Author Frances Tiernan, under the pen name Christian Reid, released the novel The Land of the Sky: Adventures in Mountain By-Ways in 1876. She used this phrase to describe the region that encompasses the Blue Ridge Mountains and the Great Smoky Mountains, which lie in the western part of North Carolina. Yet, the phrase was quickly adopted by the city and stuck.

Perhaps in a bit of a self-fulfilling prophecy, this nickname—or more accurately, the beauty it describes—has attracted artists of all mediums to attempt to capture “The Land of the Sky” in all of its glory. Photographers in the late 1800s started snapping shots and sold them to tourists, and visual artists have cemented the city’s landscape in paintings, ceramics, movies, and television shows. Indeed, the Blue Ridge Mountains alone have shown up in thousands of music lyrics. 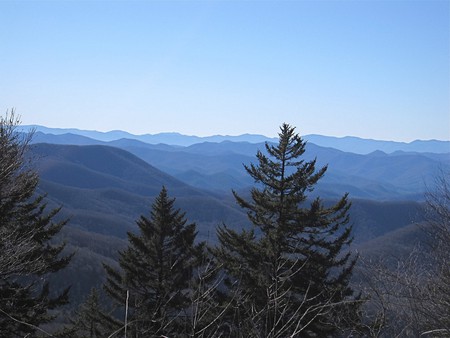 The area’s mountainous region provides a plethora of vantage points from which to enjoy “The Land of the Sky” morning, noon, or night. Pull off at one of the many overlooks along the Blue Ridge Parkway, or hang out on one of Asheville’s rooftop bars. Also, soak in the sky atop a tube, kayak, or from a hammock along the French Broad River, or zipline through the trees to fly through the sky yourself.

And while the “sky” part of the nickname gets tons of attention, the land also deserves credit for inspiring this nickname to stick. As one of the most biodiverse regions in the world, the fall season in and around Asheville is quite a magnificent sight as the trees light up in a rich, diverse display of foliage at its best. The rest of the year, Asheville’s diverse mix of flora and fauna make “The Land of the Sky” pop no matter the season. 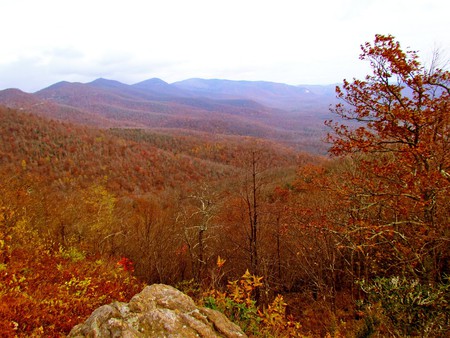