A Guide to College Sports in North Carolina 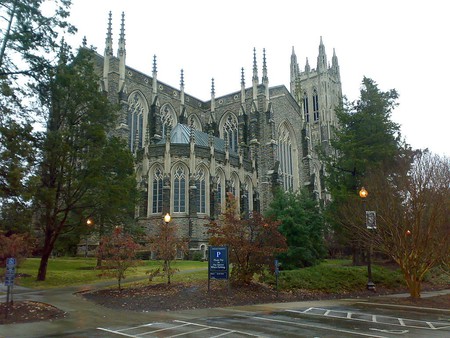 In order to start a conversation about North Carolina college sports, the City of Champions must be discussed. This nickname has been granted to Durham, North Carolina, the home of Duke University, North Carolina Central University, and the minor league Durham Bulls. The Duke Blue Devils, of course, are legendary—winning 20 ACC titles since 1960. Women’s golf and tennis have also been successful programs for Duke, winning 20 and 17 ACC titles, respectively, and nine teams have won the national championship for the school—men’s basketball three times, women’s golf five times, and men’s soccer once. The school also produced NBA superstars Christian Laettner, Grant Hill, and Carlos Boozer.

UNC shares its nickname, Tar Heels, with the state. This university system has 17 campuses throughout North Carolina, and its main campus, the University of North Carolina at Chapel Hill, produced arguably the best basketball player of all time in Michael Jordan. He helped the Tar Heels win the national championship in 1982 and earned a spot on the NCAA All-American first team during his sophomore and junior seasons before leaving school early to join the NBA.

But as Time.com points out, “You probably know about Tar Heels basketball, but the true powerhouse program at North Carolina is women’s soccer.” In fact, UNC’s women’s soccer program has won 21 national championships, which makes it the winner of more college titles than any other school in any sport. UNC also owns the distinction of having one of the American college stadiums with the best natural scenery.