What You Need to Know About Testy Fest, Montana's Testicle Eating Festival 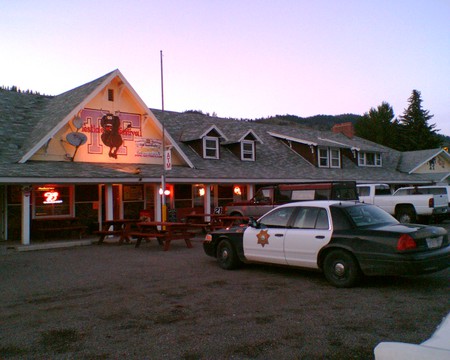 Outside Rock Creek Lodge were Testy Festy is held | ©chippee/Flickr

If you’re not sure what a “Rocky Mountain Oyster” is, you might think a festival dedicated to consuming them sounds kind of fun—maybe you could pair some rosé with your oysters, per your usual Sunday brunch routine? Upon closer inspection, however, you would learn that a “Rocky Mountain Oyster” is nothing other than a bull testicle, and you might become slightly less interested in testing your mettle.

But thousands of fans of are undeterred, and descend upon Rock Creek Lodge in Clinton, Montana, every August to celebrate and sample the unusual delicacy. The Testy Festy began in 1982 when the organizers decided to raise money for local and regional organizations by celebrating a unique element of their culinary heritage: the Rocky Mountain Oyster, otherwise known as a bull testicle. It has taken place every year since.

People come to the festival in droves from all over the country, with motorcycles and RV tents surrounding the lodge. Indeed, many people camp nearby throughout the festival, and a lively crowd throngs the premises at all times.

The main event of the five-day festival is the competitive eating contest, where the true aficionados of the dish compete to see who can eat the most of the festival’s eponymous fare. (In 2015, lodge owner and festival head Matt Powers won, downing two heaping plates in less than four minutes.) And even without the competitive pressure on, festival attendees have no problem putting away the signature dish; the event’s cook estimates that visitors consume 600 to 700 pounds per festival. 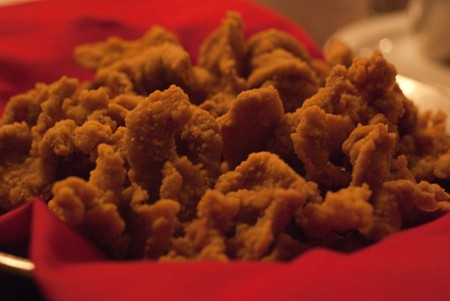 While “eyes closed” is probably many festival goers preferred mode of consumption, there are numerous ways to enjoy the festival’s eponymous dish. Fried, kebab-ed, mixed with bits of red pepper and mushroom, teriyaki style, covered in buffalo sauce—it turns out the base ingredient is surprisingly versatile.

Tonya Hill, the head chef of the festival on its 25th anniversary, told NPR at the time that the best way to eat the “oysters” is dipped in cocktail or ranch sauce, both of which the festival organizers make sure to have plenty of on hand. “It tastes like whatever you dip it in,” she said.

Dipping sauces aside, Powers, at least, is quick to extoll the health benefits of the local oyster variety. “They do a body good,” he has said. “A great source of protein, omega 6, and fatty acids.” 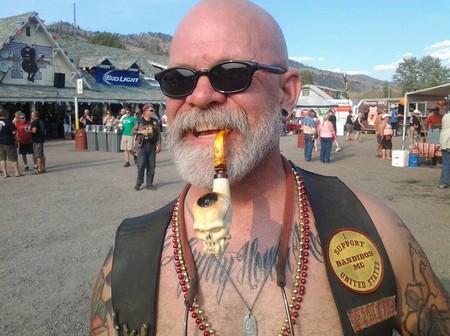 In addition to the culinary offerings, the festival features live music, dancing, and a full bar.

Profits from the event go towards regional organizations such as Farm Rescue, the Montana FFA, Montana 4-H, the Montana Special Olympics, and charities befitting testicular cancer.

And judging by the thousands that swarm to Clinton every August, once accepting and overcoming that psychological barrier that this brunch may be a bit different than the norm, there’s nothing to keep a good gourmand away.

The Testicle Festival will take place at Rock Creek Lodge in Clinton, Montana from August 2–6, 2017.