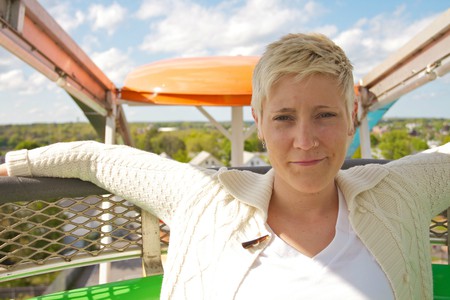 The Miseducation of Cameron Post film has brought emily m danforth’s novel back into the cultural conversation, proving how resonant the story remains.

Set in the early ’90s, The Miseducation of Cameron Post explores Cameron’s life as she comes of age in Montana. Culture Trip sits down with author emily m danforth to discuss the film adaptation and the discomfort of a book dealing with gay conversion therapy remaining relevant so many years later.

Culture Trip: Your novel is now a movie available in theaters! How are you feeling?
emily m danforth: It’s exciting. It is so its own thing. I want always to make that clear to people while also making clear that I love it. There is no but in there. I think of it as this really lovely love letter to the novel, but Desiree Akhavan [the director] really made it her own thing. I couldn’t be prouder of it. If you are going in as a reader of the novel, it’s not the experience you’re going to have.

CT: The book is set in Montana and digs so beautifully into that. Why Montana, and what did you think was important to get right about the state?
ED: I grew up there and all of my immediate family still lives in Montana. I still have spent more time in Montana than any other state. Montana has this really impressive literary tradition. There are all these writers that have rendered Montana on the page and, as much as I loved all those renditions, I had never seen the Montana of my experience as the closeted queer kid in the badlands.

Like a lot of queer kids, I grew up in rural spaces. I both have a real fondness for a lot of my experiences growing up; maybe false nostalgia. And I had a real awareness of how potentially violent those spaces had been. There is tension I wanted to get at in my writing. Both loving this place but also being damaged by it.

I don’t know if you know of that Eudora Welty essay ‘Place in Fiction.’ She has this great line in there: “Location is the ground conductor of it all.” How will anything that happens in this story be affected by the landscape?

CT: Do you think that the movie is changed by not being explicitly Montana?
ED: I would be worried if the movie spent more time on her early life, and it doesn’t. They got a lot of the contours of God’s Promise, the conversion therapy center. They make it feel remote – appropriately remote. They found a place that has the right ’90s faux-cabin aesthetic going on. That location also feels isolated in the worst way. Because all that was done really well, it could be Montana. They didn’t try and fake it. 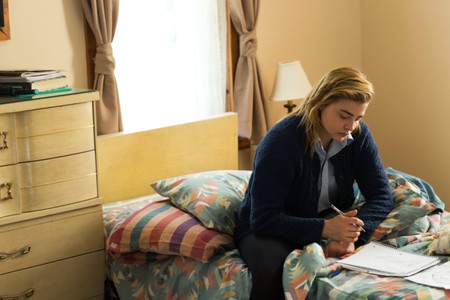 CT: Because you grew up in Montana and there is a lot of yourself in the novel, how do you deal with the kind of projections people put on to you based on the book?
ED: First, this is a novel. This is not about me. There are these autobiographical elements, but the vast majority of the book is fiction. A lot of Cameron’s feelings, the emotions that she felt, the desire that she felt, that is pulled straight out of my life.

But there is this other thing of who I am. I was writing this book in my mid-20s. It was out on submission in 2009. I am a mentally different person than the person who wrote this book. It is not the book of my headspace right now. I feel so removed from the writing of the book.

CT: Do you feel like people are asking different questions because of the context of the movie?
ED: Absolutely. I always smirked when people would say the book was about conversion therapy because it is a huge novel. I used to call it a coming-of-gay-ge novel (you know, coming of age) because it is as sweeping. That experience of the early ’90s, told through this rural teenager’s experience all coalescing. But I never really thought of it as a novel about conversion therapy. Partly because of the section of the narrative that the film deals with, there are people that don’t know the book. [To focus on God’s Promise] was a choice of the filmmakers. But the story is about a lot of things: what adults don’t know, how do you find and claim a queer community.

CT: Boy Erased is another book about conversion therapy which has been turned into a movie. Have you heard much about those two in conversation with each other?
ED: I love that memoir. It is going to be a really important film and obviously, Garrard Conley is talking about these things in a way I simply never could. He went into them. That is his story.

CT: It is the difference between memoir and fiction.
ED: It’s a memoir, exactly. Novels are trying to capture a lot of things about the world at once, not one thing about the world [like a memoir]. They obviously are in conversation with each other. I don’t see how both things can come out at the same time and not. I just don’t know exactly what the contours of that conversation are.

At the most simplistic levels: one of these is a memoir and one of these is a novel. But tonally, the two are different. Cam is a narrator that relies a lot on humor for a lot of different reasons. Sometimes as a mask or a way to be defiant. Sometimes absotively as a queer-bonding technique. We are going to laugh together about this as a way for us to resist. 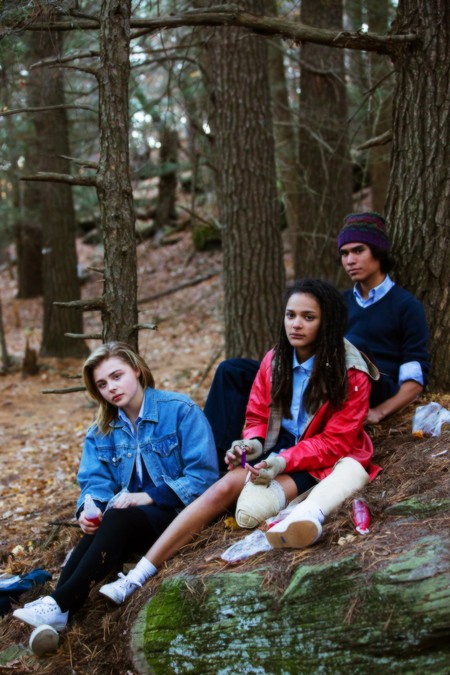 CT: There are so many degrees of it.
ED: This is because this is a pseudoscience. There is no one that reputably says this works. We just have all these people [saying] “should we try this?” It is really important to have a lot of stories of what this thing looks like and be saying it absolutely is still happening.