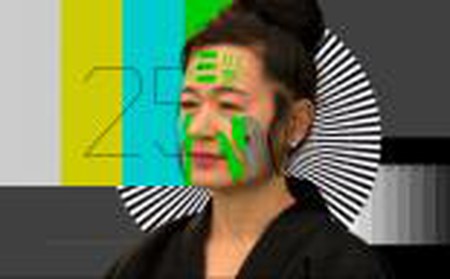 Minneapolis‘ foremost art institution, the Walker Art Center exhibits the works of 9 provocative and highly engaged artists whose works explore the role of the artist in contemporary society. Blurring the lines between nations and media, these artists ‘each use their own backgrounds or identities as material, frequently in antagonistic or subversive ways.’ The exhibition entitled 9 Artists is on display through 16 February 2014. 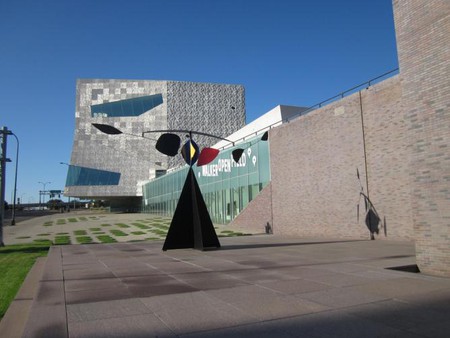 9 Artists at the Walker Art Center brings together nine influential international and multigenerational artists whose works are at the forefront of contemporary art. These nine artists from nine different backgrounds are each in their own ways provocative and experimental, deeply engaged with the world around them through their artistic practises.

Yael Bartana, an Israeli contemporary artist, was chosen by Poland to represent the country in 2011 at the 54th Venice Biennale, the first non-Polish national to be selected. And Europe Will Be Stunned, Bartana’s Polish film trilogy is a deeply complex, multilayered work that draws on iconology, symbolism, national histories and memories to produce a masterful work that stirs, seduces and disconcerts the viewer. In addition to the 2011 Venice Biennale, Bartana has been awarded the UK’s Artes Mundi Prize, exhibited at Documenta XI, the Istanbul and the São Paolo Biennale. 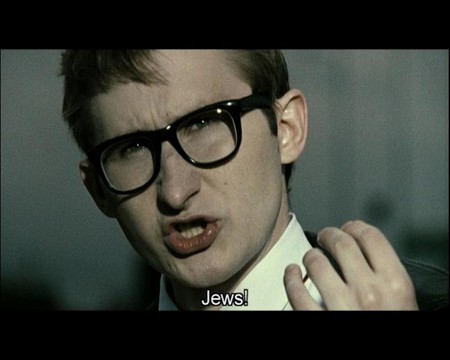 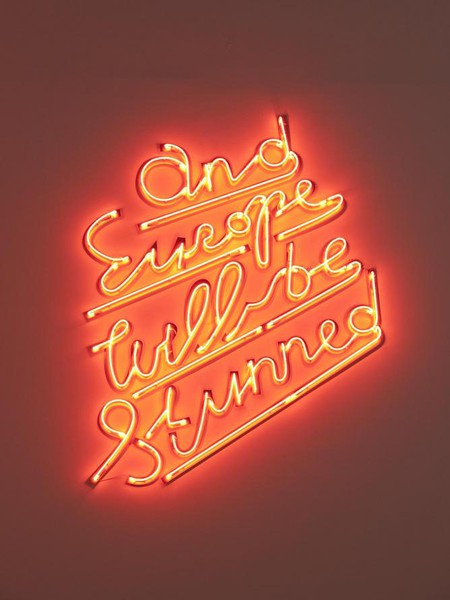 Yael Bartana, ‘and Europe will be stunned’ 2010, neon/Photo courtesy the artist and Annet Gelink Gallery, Amsterdam. 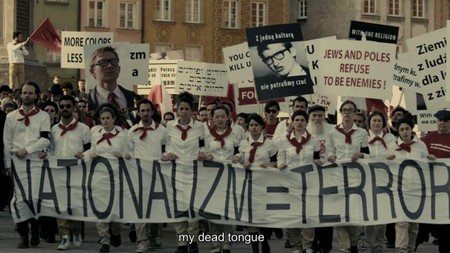 British Conceptual artist Liam Gillick now resided in New York City. His works explore the relationships upon which the modern world functions, interrogating the interrelation between social, political and economic institutions and systems. The exhibition will present a series of projects from the last 20 years of the artist’s production—from graphic vinyl wall texts, to giant Bloody Mary’s to glitter carpets. 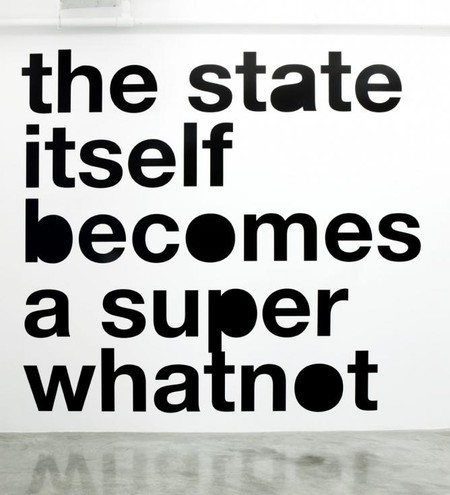 Liam Gillick, ‘The State Itself Becomes a Super Whatnot’, 2008, vinyl text on wall, Collection: The Museum of Modern Art, New York/Courtesy the artist and Casey Kaplan, NY, Photo: Adam Reich. 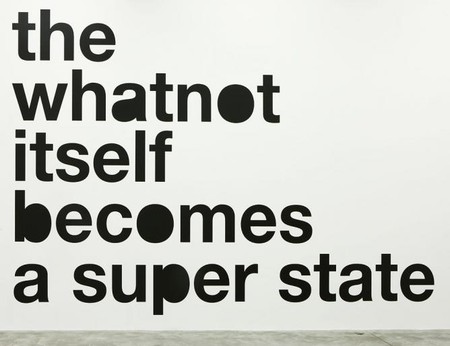 Liam Gillick, ‘The Whatnot Itself Becomes a Super State’, 2008, vinyl text on wall/Courtesy the artist and Casey Kaplan, NY, Photo: Adam Reich. 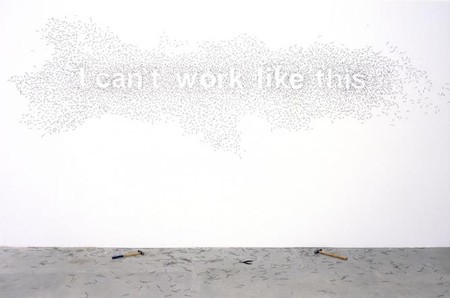 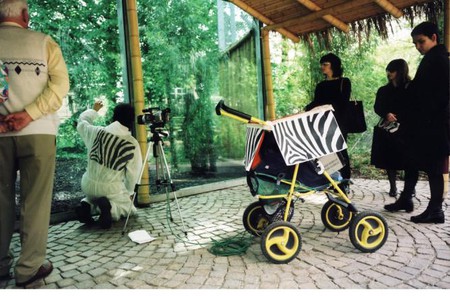 Blurring the lines between art and social activism, as the director and co-founder of the Institute for Human Activities, Renzo Martens headed up the arts-based development initiatives in the Democratic Republic of Congo. In his work Enjoy Poverty, Martens turns the camera and ‘establishes that images of poverty are the Congo’s most lucrative export, generating more revenue than traditional exports like gold, diamonds, or cocoa.’ 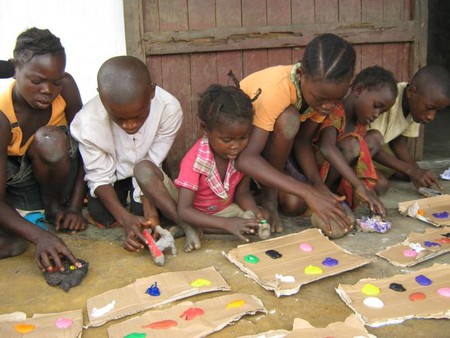 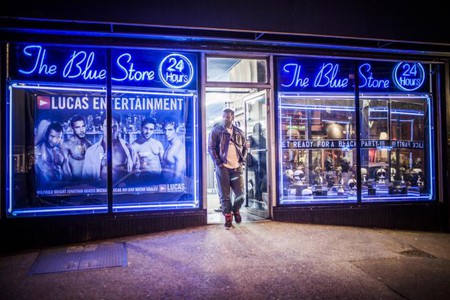 Bjarne Melgaard, ‘The awakening and consumption of Heidi Fleiss as she talks to a brioche named Austin (detail)’, 2013, archival pigment prints on aluminum, Photo by Johannes Worsøe Berg/Courtesy the artist and Gavin Brown’s enterprise, New York. 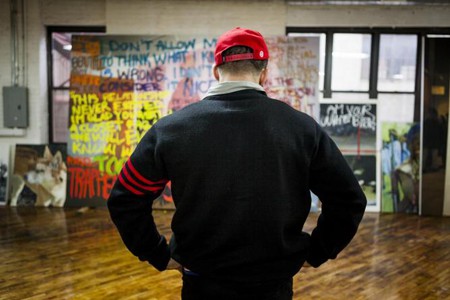 Bjarne Melgaard, ‘The awakening and consumption of Heidi Fleiss as she talks to a brioche named Austin (detail)’, 2013, archival pigment prints on aluminum, Photo by Johannes Worsøe Berg/Courtesy the artist and Gavin Brown’s enterprise, New York.

Angolan artist Nástio Mosquito employs performance — music, spoken word, a capella — to question our understanding of ourselves and each other, particularly on the questions of Art and Africa; his works are deeply personal, presenting the artist himself as he deliberately seeks to discomfort, making people uncomfortable in order to provoke thought. In a recent work, Mosquito declared, “I do represent, if you are willing, the army of the individuals.” 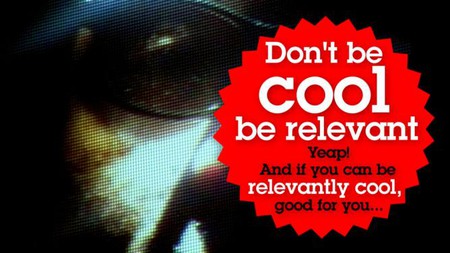 Interrogating media and visual images in her work, Hito Steyerl examines the role of media and language in communication, manipulation and confusion. Through video essays, Steyerl explores the fluidity of the meaning of images in a globalised world where images are taken apart, broken down, and pass through multiple channels and media. Continuing her ‘long meditation on the nature of the image in the digital age’, Steyerl’s A fucking didactic educational .MOV file and Red Alert (2007) are on display as part of the Walker Art Center exhibit. 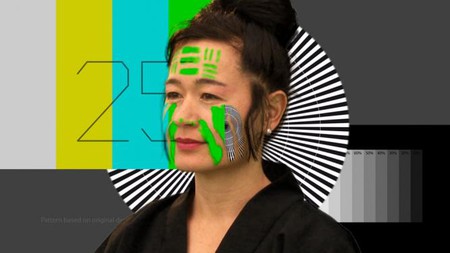 Hito Steyerl, ‘How Not to Be Seen. A Fucking Didactic Educational .Mov File’, 2012, HD video projection/Image courtesy the artist and Wilfried Lentz, Rotterdam. 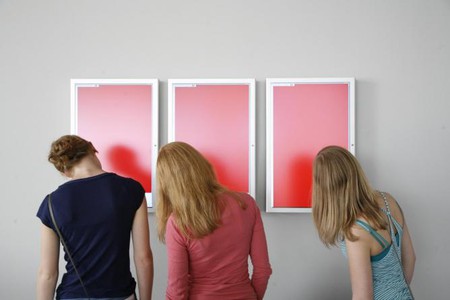 Danh Vo’s works explore the intersection of identity and belonging, often reaching into history and incorporating archival material and memory-laden historical artefacts in his works, including documents, photographs, letters, Vo uses these artefacts of belonging to craft narratives of identity that are critiques and interrogated. 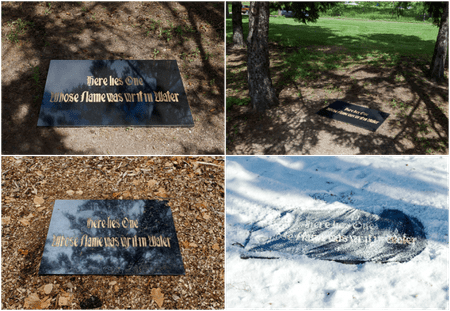