Known for its free thinkers and plethora of art and design schools (as well as its impressive skyscrapers and lakes), Minneapolis is home to a vibrant visual arts community, spread through its downtown area and the Warehouse and Lowertown art districts. We’ve chosen 10 of Minneapolis’ best contemporary art spaces, showing everything from performance installations to exhibitions exploring the history of the state’s Native American population. 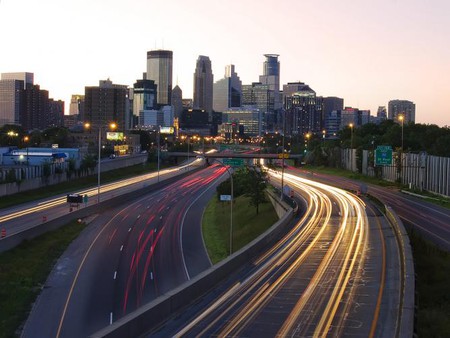 Midway’s stark, white walls have exhibited some of the most challenging modern art of the past ten years. Its mission is to redefine what we think of as ‘art’, challenging artists to produce more experimental works. For them, the art is just one part of their work – they also fund educational programmes, host an art library and support emerging and underrepresented artists. Plaisance, a recent show featuring a range of modern artists, focused on ethnography and the ‘amnesiac gaps’ in cultural history and combined film screenings with contributions by visual artists. The galleryis located near the river, the historic mill district and the downtown area. 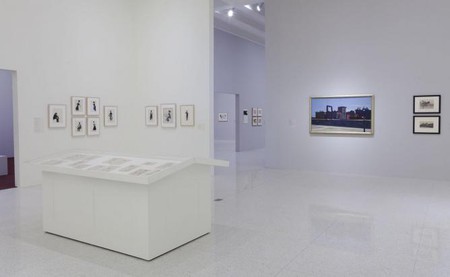 The Walker Center is a heavyweight on the national modern art scene, often ranked among the top five spaces in the US. It was established in 1927, the first large contemporary art museum in the Midwest, and has hosted major first shows by artists including Joseph Cornell, Frank Gehry and Mario Merz. Today, it’s housed in a striking glass and aluminium mesh structure and is just across the street from the Minneapolis sculpture garden, which is filled with striking, modern pieces (a giant bent spoon cupping a cherry, for example). Recent shows at the Walker have included an exhibition of Hopper drawings and a collection of Mexican artist Abraham Cruzvillegas’ sculptures commenting on life in Latin America.

Rosalux Gallery hosts around 20 artists at any one time, and is dedicated to promoting Minnesotan artists. The space is through an unassuming door at the side of the Van Buren building in Minneapolis’ Northeast Arts District, and is only open at weekends. It’s small, but influential – its in-house artists are regularly shown all over the world and are pioneers of new ideas. Shawn McNulty, an abstract painter, produces acrylic paintings shaped by a knife attached to his shoe, while Laura Stack’s mixed media work combines romantic clouds of paint and ink with angular, bolted structures.

The glass front of Todd Bockley’s gallery offers a glimpse at the plethora of native and folk art within. Tucked in a corner of Minneapolis’ residential Kenwood district, Bockley Gallery represents an impressively diverse roster of artists, including Jim Proctor, who works with plants in his 3D, wall-mounted pieces (his breakthrough moment came, he says, when he ‘literally stapled a gooseberry to a painting’) and Native American artists Frank Big Bear and Francis Yellow. The works here play into the state’s past and its large Native American community — as in Francis Yellow’s images Native Americans on horseback, painted onto copies of official colonial documents. 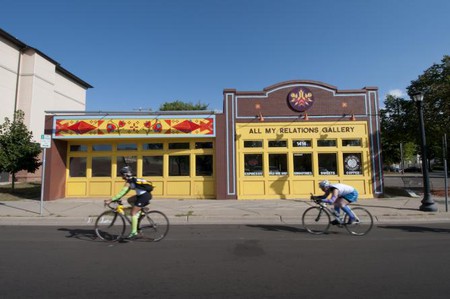 Image Courtesy of All My Relations Gallery

Image Courtesy of All My Relations Gallery

All My Relations Arts

This Native American gallery is located in the heart of Native American Minneapolis. It’s housed in the Native American Community Development Institute, located on Franklin Street, part of the recently named ‘American Indian Cultural Corridor’. Behind its butter-yellow storefront facade are thought-provoking exhibits by a range of local and nationally renowned Native American artists, which have included Jim Denomie, Tom Jones, and Carolyn Lee Anderson. The gallery was founded by Shirlee Stone in 1999 with a mission is to raise the visibility and value of Native American art in the arts community and represent the diversity of the group’s experience.

The soap factory building dates back to 1882, and has gone through many incarnations since. It became a gallery in the 1980s, but retains an air of the historical through its factory-style metal girders and exposed brick walls. On show are a variety of modern artists, including many who examine the intersect between art and technology, and the gallery also hosts performance art, artists’ talks, readings and tastings. There’s even a haunted basement downstairs, open throughout October. The Factory calls itself a ‘laboratory’ for artists’ ideas, and its does seem to encourage artists’ interactions and inspirations, while acting as a local arts and social hub. 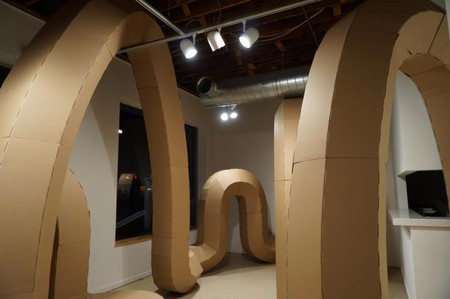 The Soo Center (or SooVAC, as it’s known to locals) is a community arts centre in Minneapolis’ residential Lowry Hill East neighbourhood, complete with an outdoor library and an easy, friendly atmosphere. Most artists are local and work is often sculptural, incorporating found objects or scraps of detritus: Objects For Consideration, a recent exhibition, featured decorative objects from the studios of over 20 artists on a series of shelves. SooVAC is a storefront gallery, and its one large hall looks out directly onto the street, encouraging passersby to come in to browse and drawing large crowds on opening nights.

Gallery 13’s industrial-chic interior and blue, neon sign hints at its eccentricity and hip status in Minneapolis. It hosts groundbreaking sculpture and visual art exhibitions as well as live music and events – a recent Scott Seekins exhibition examined visual representations of unlikely icons, like Disney’s Snow White and comic book characters. The gallery’s curators are keen to encourage new talents from diverse backgrounds, meaning you never know what you’ll find when you enter the gallery’s two exhibition spaces, and its location near some of Minneapolis’ best restaurants and nightspots makes it the perfect space for an early evening visit.

Art Gallery
Facebook
Email
Twitter
Pinterest
Copy link
Share
Map View
Kolman & Pryor is a collaboration between patron Anita Sue Colman and Patrick Kemal Pryor, artist and curator. Its exhibits encourage inderdisciplinary interplay between visual arts and fashion, music, writing and performance. It represents well-known artists as well as new, emerging talents. For Guess Ready Review, a 2014 exhibition, the gallery sent ten artists, musicians and writers to Mallard island, Minnesota, for a week-long residency, and the exhibit was the result of their time there. The gallery itself is in the northern Logan Park neighbourhood, in a cluster of galleries and art spaces including the Solar arts building and artist Susan Fryer Voigt’s studio gallery.
Open In Google Maps
#395, 1500 Jackson Street Northeast, Logan Park, Minneapolis, Minnesota, 55413, USA
+16123854239
Visit Website
Give us feedback