This Baltimore Halloween Tradition Lights the Night with Creative Lanterns 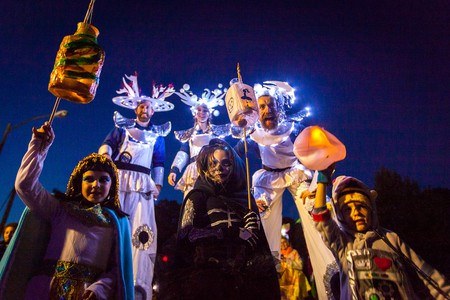 Baltimore’s Great Halloween Lantern Festival and Parade is a spectacular, multicultural tradition that believes “the community that creates together is great together.”

For nearly 20 years, the Great Halloween Lantern Festival and Parade has brought Baltimore communities together to create a once-a-year “ghostly apparition” of over a thousand homemade lanterns parading through Patterson Park. 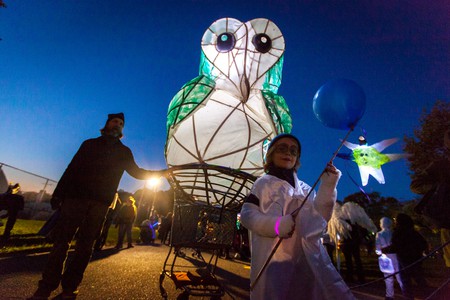 Otherworldly creatures, like this giant owl, come to life at the Great Halloween Lantern Parade and Festival | © Creative Alliance

Run by the Creative Alliance, which has supported the arts community in Baltimore since 1995, the Great Halloween Lantern Festival and Parade falls in line with the alliance’s mission to “[build] communities by bringing together artists and audiences from diverse backgrounds to experience spectacular arts and education programs and engage in the creative process.”

The parade invites everyone to dress up and join in, with multiple community lantern workshops leading up to the event. Creative Alliance also commissions artists to create special “floats” that fit the year’s theme. Unlike a traditional parade, these floats aren’t motorized – they’re larger-than-life glowing puppets carried by the performers, creating the impression of ghostly creatures marching alongside the living in the parade. 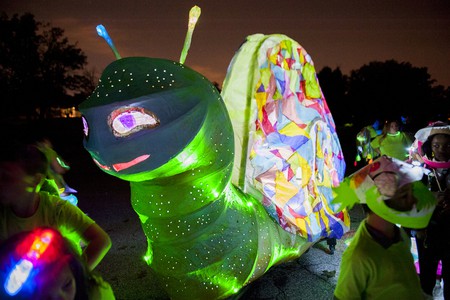 The 2018 parade will include participants from MICA, Baltimore Rock Opera Society, and Artesanas Mexicanas, a Creative Alliance sub-group of Latin American Baltimorean women who share “folkloric arts, crafts, and traditions” from their native countries.

Festivities begin early with an afternoon Halloween festival, which features lantern-making workshops, a kids’ costume contest, and hayrides. Live music, food trucks, an arts & crafts market, and a beer garden are also free to enjoy throughout the afternoon. 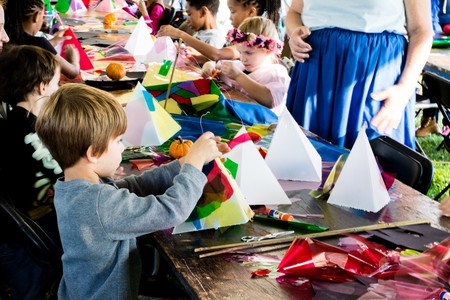 Once the sun goes down, the handmade lanterns are lit for the parade kick-off at 7pm. Starting from the Boat Lake and winding through Patterson Park, it will include stilt-walkers, marching bands, and costumed community members, as the rest of the neighborhood watches the display from the sidelines.

The parade culminates in a grand finale at the Pulaski Monument. The 2018 festival will feature a performance and dance party by Mark Evans and Collective Soul, while past years have featured music, film projections, animation and more. For adults, the Glow Ball After-Party continues the celebration into the wee hours of the morning, with live music and dancing. 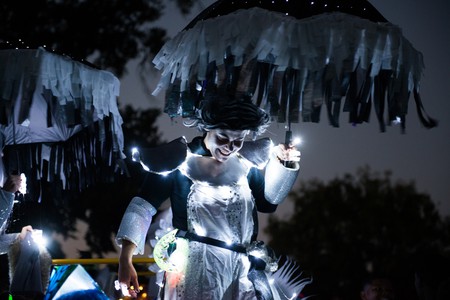 As one of the Creative Alliance’s biggest events, the Great Halloween Lantern Festival has an annual turnout that speaks to the importance of the alliance’s work for Baltimore, year after year.