The Spookiest Places in New Orleans 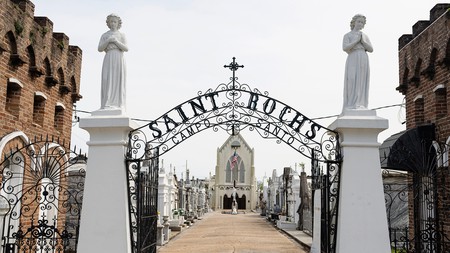 New Orleans is known as one of the most haunted destinations in the United States. Founded in 1718, it has been the sight of natural disasters, famines, wars and disease, leading to deaths that have shaped chilling ghost stories, hauntings and supernatural events ever since. Here’s our pick of spooky places that are worth a visit in the Big Easy. 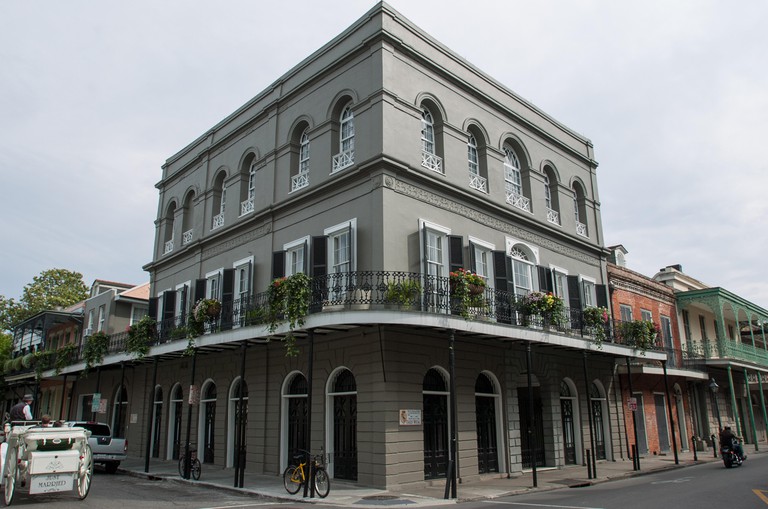 The LaLaurie Mansion was built in 1832 on Royal Street by Madame Delphine LaLaurie to live in with her third husband, two daughters and household slaves. It is perhaps one of the most terrifying locations in New Orleans. Delphine, born during the Spanish colonial period into a white Creole family, became infamous in April 1834 when, after responding to a fire, rescuers found several bound slaves in the attic showing signs of severe malnourishment and mistreatment. Following the discovery of this torture chamber, LaLaurie fled to France with her family and left behind a French Quarter landmark that has been preserved through the hair-raising stories of those who died here. Today, ghost tales and haunting accounts surround the mansion, now a private residence and you can take a tour when you visit. 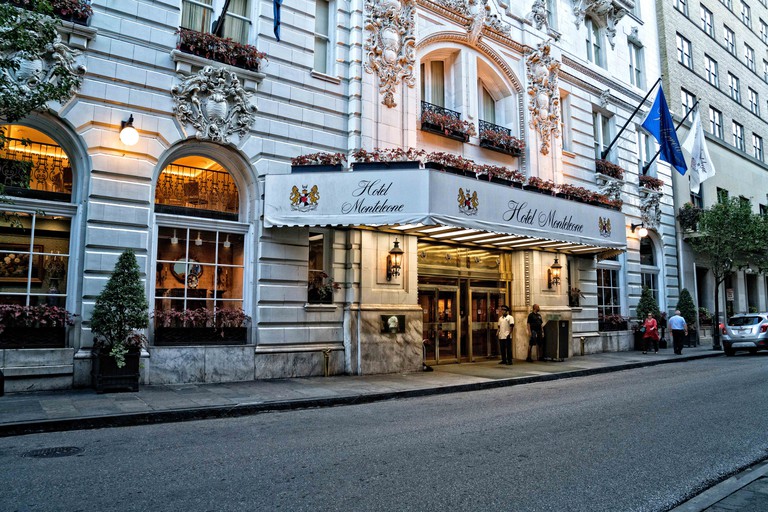 An imposing structure at the Royal and Iberville Street intersection, Hotel Monteleone is an 1886 French Quarter landmark simultaneously famous for being one of the few family-owned hotels in the country, and a premier spot for apparitions and paranormal activity in New Orleans. Inside this 15-story, Beaux Arts-style boutique hotel, which holds four generations worth of history, guests have reported seeing everything from children roaming the halls to staff members tending to their duties. The building’s most notorious story, though, involves its 14th-floor roaming resident Maurice Begere, a mischievous young boy who lost his life to yellow fever at the hotel during the 1890s, and now desperately searches for his deceased parents, Josephine and Jacques Begere. 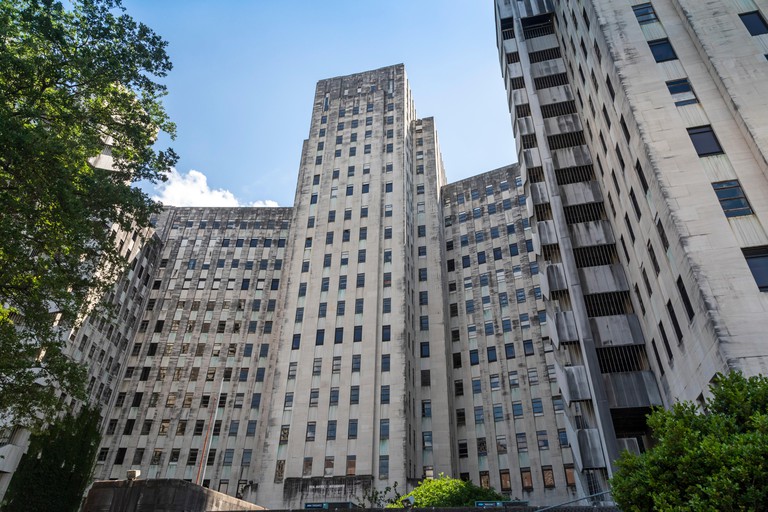 © Jim West / Alamy Stock Photo
Founded in 1736 by a grant from French sailor and shipbuilder Jean Louis, the Charity Hospital, in Downtown, was a medical facility where the city’s poverty-stricken community could seek healthcare. One of the oldest operating hospitals in the US, and once a symbol of pride among New Orleans residents, it is now an unrecognizable site, abandoned in 2005 in the wake of Hurricane Katrina. Charity was flooded after the levees failed and water reached the basement generators, leaving the hospital unable to operate. Legend has it that the ghosts of the founder as well as those who died here still haunt the halls.

Building
Facebook
Email
Twitter
Pinterest
Copy link
Share
Map View
Built in 1836 by Creole plantation owner Jean Baptiste LaPrete, the Gardette-LaPrete mansion is the site of one of the most gruesome mass slayings in New Orleans history. In the 1850s, it was rented out to a wealthy man from Turkey who moved in with a large entourage and was known for throwing lavish parties. But one morning, a passerby noticed blood running from under the door, and dismembered, mutilated bodies including that of the tenant now known as the Sultan, were discovered. The murders were blamed on pirates, but some argue it was on the order of the Sultan’s brother, who was a sultan, who was allegedly looking to execute his male relatives in an effort to eliminate sultanate competition. You can spot the Gardette-LePrete mansion at 716 Dauphine Street, in the French Quarter or book a guided tour. 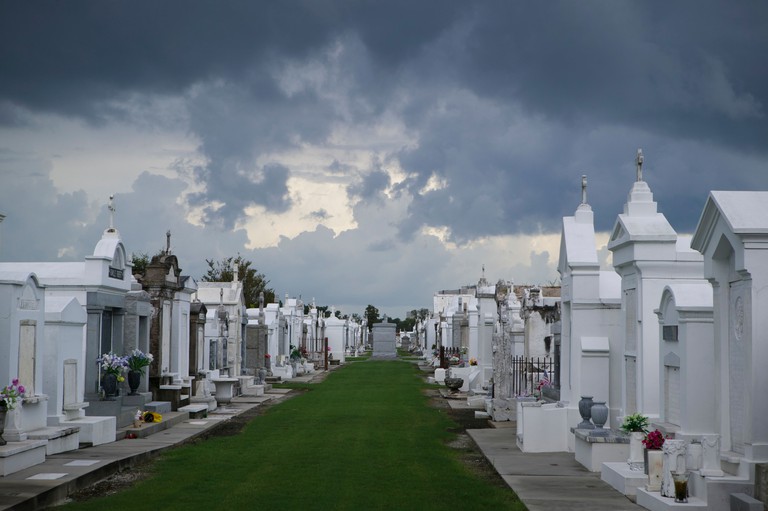 © Andria Patino / Alamy Stock Photo
Sure to offer a few goosebumps, St Louis Cemetery No 1 is the oldest and most famous city of the dead in the Big Easy. Opened in 1789, the cemetery houses more than 600 fascinating above-ground tombs and beautiful monuments in crumbling rows. Many of the city’s notable dead are entombed in this one square block, including Voodoo Queen Marie Laveau and Homer Plessy. The site is also home to the future tomb of actor Nicolas Cage, who purchased a 9ft (2.74m) white pyramid tomb inscribed with Omnia Ab Uno (Everything From One). And since the line between past and present feels thin as you navigate the narrow walkways, visitors must be accompanied by a tour guide to make sure guests don’t slip from this life into another.

The New Orleans Pharmacy Museum opened on Chartres Street in 1823 under the direction of the country’s first licensed pharmacist, Louis Joseph Dufilho Jr. Following the founder’s death, the apothecary shop was purchased by Dr Dupas, who ran the once-thriving pharmacy into the ground by conducting heinous experiments upstairs during a century of yellow fever, dysentery, malaria and other epidemics. Today, the museum houses an extensive collection of antique pharmacy equipment and supplies, and staff and visitors have reported seeing Dupas’s crazed spirit haunting the place, dressed in a lab coat while he moves cabinets around, throws books and rearranges items in the cases. You can visit this attraction for only $5 – check the website for an updated schedule.

The small Saint Roch Chapel, in the Saint Roch neighborhood cemetery, is not exactly haunted, but it’s most certainly spooky. The 19th-century shrine filled with various ex-votos or offerings in the form of prosthetics, false teeth, artificial eyeballs, crutches, notes and other miscellaneous objects left by those either in need of healing or who have prayed to Saint Roch and recovered. It’s said that when a yellow fever epidemic hit New Orleans in the 19th century, Reverend Peter Thevis prayed to Saint Roch to protect his community. More than 40,000 people in the New Orleans area succumbed to the fever over half a century, but Reverend Thevis’s community miraculously suffered no losses, and the gothic revival chapel was erected in the saint’s honor. A popular site for tourists, the chapel is a prime example of the exotic Catholicism of New Orleans.