Mardi Gras Madness for the Foodies 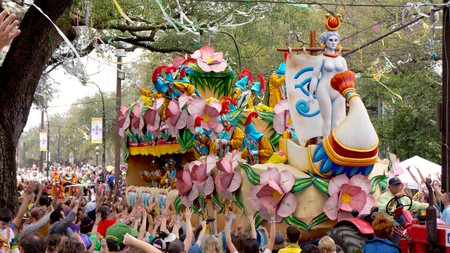 There’s no time like Mardi Gras to eat, drink and be merry in New Orleans. Culture Trip looks at the best and most original festival treats to indulge in, because everybody deserves to cut loose at Mardi Gras.

Mardi Gras in the proud city of New Orleans is a time when marching bands parade the streets, elaborate floats roll down the avenues and partygoers don beads and feather boas. Carnival vibes extend to the city’s equally renowned food and drink culture; the Big Easy bursts with festive flavors, all the way from Twelfth Night to Fat Tuesday itself. And it’s not just the famous king cake being consumed around the clock – bagels, beer and blended beverages are all also served with a Mardi Gras twist. If you want to get a real taste for Mardi Gras in New Orleans, here’s how to go about it. 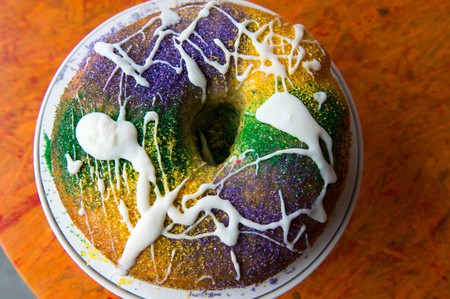 What better way to hit the parade route than with a purple, green and gold bagel? These colorful spirals of baked goodness are the perfect breakfast alternative to king cake. Keep it simple with a cream cheese spread or go all out with bacon, egg and cheese. Bagel Boy delivers these psychedelic creations right to your door, but if you’re already hitting the streets, you can pick some up during carnival season at its pop-up shop on Saturdays.

Served at local coffee houses such as PJ’s and CC’s, this king cake-inspired blend, with hints of cinnamon and vanilla, makes for a decadent cup of joe. Grab one for a pick-me-up between all the partying, because if you’re doing Mardi Gras right, you’ll need it. 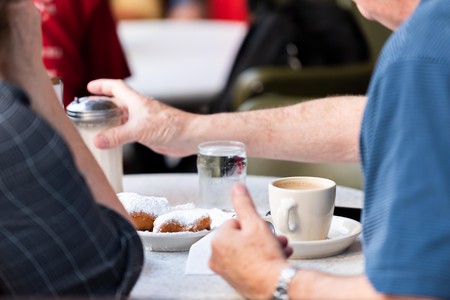 This confectionery delight combines two desserts mastered and made famous by the French – the macaron and the king cake. In true Mardi Gras fashion, these petite pastries borrow their sweetness from king cakes, and are painted purple, green and gold – the official colors of carnival. Although these eye-catching treats are baked fresh during Mardi Gras, there are many home-made recipes to hand, should you want to start your party in the kitchen.

There’s nothing that a donut with purple, green and gold sugar can’t fix. Some have a sweet cream cheese filling with glaze drizzled on top; others are plain cake donuts covered in festive fairy dust (carnival-colored sprinkles). Traditionally, a plastic baby toy is baked into the king cake, and whoever gets the slice containing it has to buy the next cake for everybody. But since these donuts all get one each, you aren’t so obliged to go out and buy another tray of donuts – although by all means buy another for yourself! 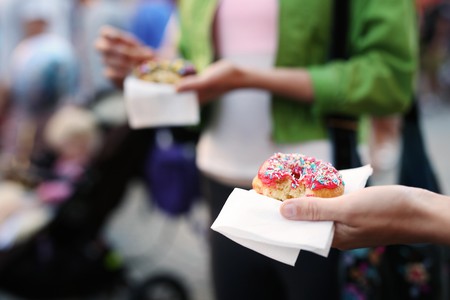 It’s not Mardi Gras without drinks. These cocktail versions of the legendary king cake will make your taste buds sing. Whether it’s a king cake ‘bevvy’ from the Bourbon House, a king cake martini by Emeril Lagasse or a recipe whipped up at home with whatever you feel like putting together, these luscious drinks have the same familiar cinnamon and vanilla kick as the traditional dessert. Another round before the parade? No judgement here.

As the growing number of carnival brews in New Orleans show, the Crescent City is serious about pairing flavors with festivals – in all manner of inventive ways. From Mardi Gras bocks to king cake ales, there’s no lack of beers to enjoy on and off the parade route; it’d be rude not to try as many as possible, because when else will they taste as good? 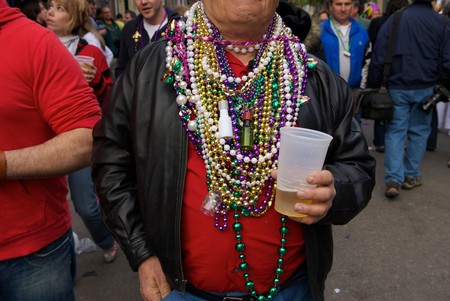 King cake ice cream should probably be a thing all year round, just in case Ben and Jerry are reading this. Vanilla ice cream mixed with cinnamon and chunks of king cake is a Mardi Gras party in your mouth. Add in some festive sprinkles, and this frozen fiesta might just be your all-time favorite.

The mother of all Mardi Gras desserts

Bananas aren’t normally what come to mind during carnival season, but when cooked in butter, brown sugar, cinnamon and rum, they make complete sense as a Mardi Gras specialty. In New Orleans, when bananas are prepared in this manner, it’s known as bananas foster. Pair this melt-in-your-mouth dessert with a king cake donut and pecan ice cream, and you’ll be in party paradise. After all, Mardi Gras only comes around once a year, and you’ve earned a treat. 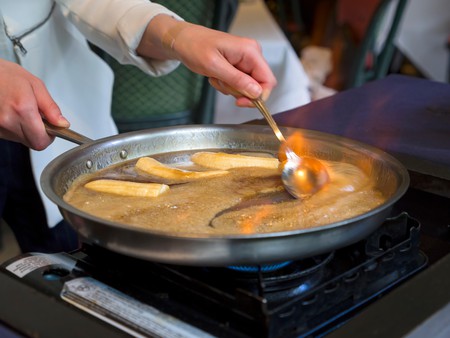