Atlanta is a sprawling mass of urbane environments that melt into friendly suburbs, and is known for its bustling, populated nature. But some of the city’s best qualities are slightly more hidden from the public eye. Examine the city from a more careful perspective to find hidden locales that are a bit more off the beaten path with this curated guide to its best lesser-known spots. 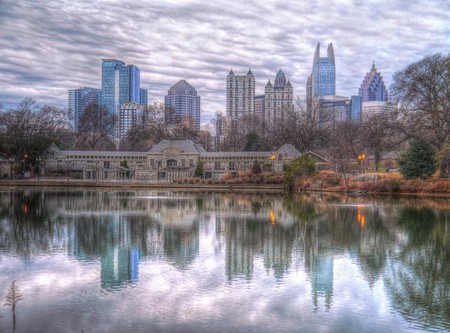 This pseudo-district is where you’ll find the unexpected. Tucked away in Atlanta’s Chamblee suburb, the Antique Row District features a tightly packed cluster of antique emporiums and exquisite retail shops, all with something special to offer the inquisitive guest. Kick off your trip at the Antique Factory and take in over 8,000 square feet of beautifully bizarre trinkets, furniture, and everything in between. Global Gems and Jewelry, open for 20 years, is another delightful shop in the district, and it specializes in buying and selling gold, silver, diamonds, gemstones, coins, and more.

To hike alongside Atlanta’s most important river is a must, but to take the less beaten path is highly rewarding. The segment of the river that runs up towards the Vinings suburb of northeast Atlanta is secluded and peaceful. The East Palisades trail features well marked trails, a dog-friendly environment, riverside walkways, and even a few opportune spots for a little bit of rock climbing. The trail also harbors several high overlooks and a small (but thick) bamboo forest. Atlanta is one of the greenest major cities in the United States, so experience it the right way: outdoors. 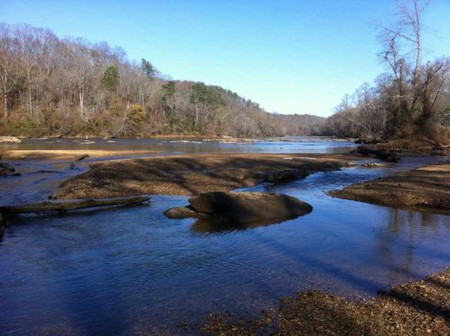 Exploring new places can be tiring. Luckily, Atlanta has plenty of great places to eat. But few are as spectacular (or little-known) as Havana Restaurant, located at Clairmont Road and Buford Highway in the North Druid Hills neighborhood. Stop in for a delicious Cuban sandwich and admire some of the restaurant’s rich founding history, which involves an incredible story centered on the 1980s Cuban Exodus. A friendly staff prepares authentic Cuban cuisine and many Latin American beverages, so go ahead and try something new.

Relive the sweltering Atlanta summer of 1996 in this interactive exhibit, hosted at the Atlanta History Center. The 17 day event changed the city permanently, and though some may have forgotten about it, this lesser known museum exhibit makes for a true Atlanta highlight. The museum guides its visitors through several segments of history, including the origins of the Olympic process, the lighting of the Olympic torch, and more. A special video presentation recaps the games in full detail, emphasizing Atlanta’s role in the grandiose event.

Everyone who lives in Atlanta has been to Turner Field, or, as it’s more affectionately known, ‘The Ted,’ for a Braves game. But for select games, you’ll want to stay all nine innings, plus a bit longer afterwards, for the magic lies therein. Turner hosts its ‘Fireworks on the Field’ events every so often, capping off thrilling games with a full fireworks show underneath the stars just outside of Downtown, Atlanta. Limited seats are available, so make sure to secure tickets in advance.

Commonly referred to as ‘The Diving Rock,’ this cliff towers over the Chattahoochee River and is a little more of an obscure attraction. The beautiful scenery and lush, green surroundings are relaxing additives to an overall perfect summertime scene. Be cautious if you decide to jump off the rock as diving can be dangerous. Diving aside, the cliff is a perfect getaway spot within the vibrant city, which is often overwhelming in its buzzing traffic and urban hustle. Luckily, this spot provides a convenient, yet secluded backdrop to the city scene. 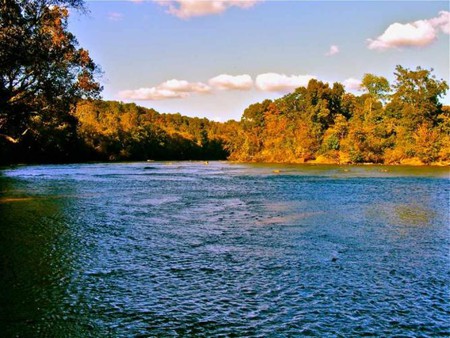 For whatever reason, the Millennium Gate is an Atlanta attraction that is seldom mentioned as a centerpiece to the city. Luckily, this tends to mean light crowds and enjoyable visits that are much less hectic. Located in Midtown’s Atlantic Station district, the museum’s façade is comprised of an overwhelmingly large Roman style arch, reminiscent of Atlanta’s archaic nickname, ‘the Gate City.’ The 12,000 square foot museum serves as a tribute to Georgia’s historical background and cultural fiber. This location is a great pick for a lesser known, yet comprehensively beautiful sight, rife with educational experience.

A Georgia Tech graduate student originally spearheaded this staggering revitalization effort in 1999, and it has since evolved into a comprehensive grassroots dedication to bettering the city of Atlanta as a whole. The BeltLine is made up of 22 miles of outdated railways that have been converted into pedestrian-friendly walkways and hiking trails. Scheduled to be finished in 2030, the BeltLine is always evolving, and it’s quite easy to find a brand new park, clearing, or path to set foot upon, most of which are largely new and somewhat unexplored. 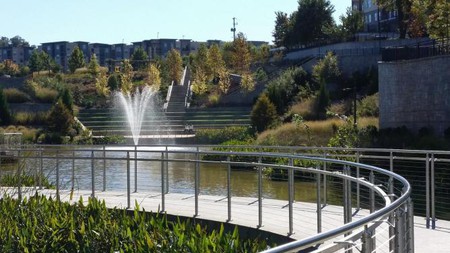 This vast, sprawling super-center for groceries is one of Atlanta’s most baffling attractions, though many native Atlantans have never even visited (or heard of the place). Step inside, and immediately, captivating aromas and eye-popping sights make themselves known. With a ubiquitous selection of organic produce, international delicacies, and fresh fish and meat, the farmers market is a must see attraction. With a section dedicated to every country from around the world, this gem of a grocery store will surely have what you need. There’s also a self-serve cafeteria for guests who prefer to dine in.

Fernbank is one of Atlanta’s most beloved museums. Dedicated to science, natural history, and dinosaurs, of course, the museum is often bustling with crowds young and old. But the institution has a well-kept secret: every Friday evening, file in for Fernbank’s ‘Martinis & IMAX’ night. For quite a unique experience, the museum opens its full bar, hosts live music, and rolls a flick on the big screen, which is 72-feet wide and employs the largest film format in the world.