Inside the Crypt of Civilization: The World's First Modern Time Capsule 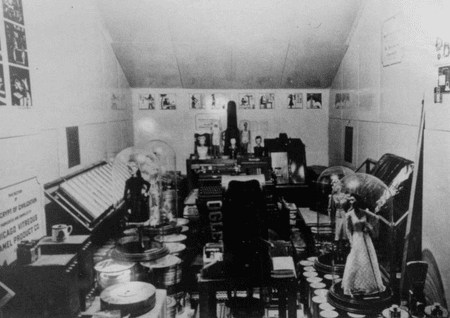 Inside the Crypt of Civilization | Ogelthorpe University

Atlanta is a city rich in history and culture. Although Atlanta is most famously known for its Civil Rights Movement legacy, it is also home to one of the most famous time capsules. Time capsules were created to preserve artifacts and memorabilia of a certain time period for future historians, anthropologists and archaeologists to study. Although the term wasn’t coined by President of Oglethorpe University Thornwell Jacobs, his Crypt of Civilization was named “first successful attempt to bury a record of this culture for any future inhabitants or visitors to the planet Earth,” by the Guinness Book of World Records, 1990.

The crypt was inspired by the Egyptian pyramid and tomb openings in the 1920s. Jacobs was disturbed by the lack of information on the ancient civilizations that were discovered during the openings, so he wanted to preserve an account of present customs and life in 1936, as well as the accumulated knowledge of life up until that time. Not to be opened until the distant date of 8113, the date was calculated from the first date in history, 4241 B.C., according to the Egyptian calendar.

Inventor and photographer Thomas Kimmwood Peters was appointed by Jacobs to construct the historic crypt. While the concept was conceived in 1936, the construction of the crypt didn’t start until 1937. Located in Phoebe Hearst Hall at Oglethorpe University, the crypt is half underground, on the lower level of the Gothic-style granite building and is 20 feet long, 10 feet wide and 10 feet high.

Not only did Jacobs want the crypt to be a comprehensive account of the previous 6,000 years, he wanted an account of pop culture during the 1930s. The crypt included stainless steel canisters with microfilms of many classic works of literature, including the Bible and the Koran. Alongside an original copy of the script for the movie Gone With the Wind donated by Producer David O. Selznik, there are over 600,000 pages of microfilm from more than 800 works inside the crypt. Other artifacts included are a typewriter, a radio, a cash register and an adding machine. Seemingly random items were also included like dental floss, plastic toys, the contents of a woman’s purse and a bottle of Budweiser beer.

The time capsule was finally completed in 1940. During a ceremony that year, Jacobs and Peters sealed the crypt by welding the door shut and included a message on the door written by Jacobs himself. Jacobs’ concept caught the attention of media and others who wanted to store artifacts of contemporary culture for future retrieval. So many time capsules started popping up around the country. National media including NPR, the New York Times, NBC and ABC have visited the crypt and/or have done features on the historic capsule. The final items placed in the crypt were steel press plates of the Atlanta Journal used to report on World War II and a voice recording by Jacobs. Addressed to the people of 8113, the recording said, “The world is engaged in burying our civilization forever, and here in this crypt we leave it to you.” Studying time capsule projects around the world, the International Time Capsule Society was eventually formed in 1990 at Oglethorpe University, the site of the “world’s first modern time capsule.”