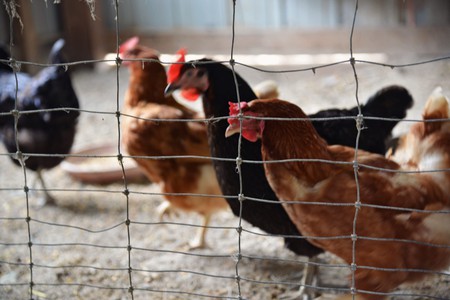 The year 1945 marked the end of World War II, the inauguration of Chiquita Bananas, and the birth of one of Colorado’s greatest wonders: Mike the Headless Chicken.

“Running around like a chicken with its head cut off” is one of those commonly used phrases that everyone understands but few know what it actually means. When a chicken gets its head cut off, it really does run around frantic and aimless before keeling over—sort of like today’s average millennial trying to manage a career, social life, family, and drink eight glasses of water a day. But one Colorado chicken by the name of Miracle Mike challenged that comparison in 1945 when he decided to live an additional 18 months after his decapitation.

Once upon a time, September of 1945 to be exact, in my home town of Fruita, CO a chicken named “Mike” lost his head. Yes, he was intended to be dinner that evening for the Olsen family, but unfortunately for them—fortune found Mike and he lived. He lived for 18 months without that head and became a bit of a national story. Articles were written about him in Time Magazine, and folks traveled from near and far to see the chicken that lived without its head. To this day, we honor Mike, with a festival held every spring in Fruita. This weekend happens to be that festival so I thought I’d share this story with you all. #staywierdmyfriends #miketheheadlesschicken #miketheheadlesschickenfestival #fruita #fruitacolorado #chickens #headlesschicken #stayclassy #staysassy #gonnamissthisplace #untilwemeetagain #coloradogirlinatexasworld #movingtolubbock #movingtomorrow #tomorrowisthebigday #ontheroadagain #headedout #wackystories #cantmakethisup #themoreyouknow🌈

Mike wasn’t an extraordinary chicken by any means—he was a Wyandotte chicken, bred solely for his brown eggs and yellow-skinned meat. In layman’s terms, Mike was just an average chicken. Or at least that’s what farmers Clara and Lloyd Olsen in Fruita, Colorado, thought when they plucked Mike from his coop on September 10, 1945.

Accounts differ on the day’s event. Either the Olsens were killing all of their chickens, or they killed Mike specifically for Clara’s mother to eat. No matter the reason, things took an unexpected turn almost immediately when, after cutting off his head, Mike continued to spit and sputter out of his exposed neck. Apparently, when one of the Olsens swung their knife, they missed the five-month-old chicken’s jugular vein. And it didn’t stop there; the attempted beheading was so far off that one of Mike’s ears and most of his brain stem remained intact. Instead of running around as headless chickens do, Mike started to walk. He even gurgled out a few clucks and attempted to peck at the ground for food.

Today is September 10th and the anniversary of a very strange occurrence indeed… this is the true story of 'Mike the Headless Chicken'. It was September, 1945. The Second World War had been won. The Great Depression was over. Americans could finally have a chicken in every pot. A Colorado farmer named Lloyd Olsen and outside to cut off Mike's head on September 10. Mike ran around like a chicken without a head, but he didn't die. There was apparently just enough brainy stemmy stuff left at the top of the neck to keep him going. ☆Mike lived for 18 months. His owner kept him alive by feeding him grain, one piece at a time, through the hole where his head used to be. He drank from an eye-dropper. Olsen got his headless chicken featured in Life Magazine, called him "Miracle Mike," and dispatched him on a tour of the country, charging people a quarter to take a peek. Sadly, Mike eventually choked to death on a kernel of corn in an Arizona motel room, far from home. — So think about 'Mike' next time you bite down on that crispy chicken. ….Bwwaaaaaaaaaaaakkkkk! #sept10 #strangebuttrue #1945 #miketheheadlesschicken #chickendinner #miketheheadlesschickenfestival #colorado #farmer #lloydolsen #theax #theaxe #chickenlicken #theaxeman #offwithhishead #runningaround #likeachickenwithitsheadcutoff #chicken #theskyisfalling #donteatmeat #followme❤ #instead

A grotesque and disturbing sight to most, the Olsens found another use for their newly headless chicken. Instead of backtracking and finishing the job, the Colorado farmers sought out ways to cultivate their zombie bird. They concocted a mixture of grain, water, and milk and used an eyedropper to feed Mike via his neck. Alive and well, the Olsens brought Mike to the public, and he became a historic part of the town’s legacy.

Miracle Mike rose to fame rapidly, granting feature profiles in both Time and Life magazines. Mike was undoubtedly a Colorado wonder and a business venture at that. As word spread about the headless chicken, Mike went on a nationwide tour with people paying as much as 25 cents to see him. But his fame lasted for the remainder of his headless life until one fateful night in an Arizona motel, 18 months after his beheading, when Mike chocked on a corn kernel and sadly croaked.

The Mike the Headless Chicken Festival starts this week! Come help us celebrate the chicken who lived for 18 months without a head with live music, food vendors, contests and much more June 1-2. #gofruita

Unlike most chickens though, Mike built a legacy that Fruita, Colorado, continues to celebrate today. With a sculpture perched year-round, the town throws an annual Mike the Headless Chicken Festival that’s chock-full of food, music, and chicken-related activities and games. Mike’s life was short, but his impact definitely wasn’t.