The 10 Best Breweries In Denver, Colorado

Known to many as the beer state, Colorado has an immense spread of craft breweries that will quench any traveller’s thirst. From German beers to American, the Mile-High city has a diverse offering of the very best spots to tap in and get connected with the burgeoning beer culture of America. Here’s our top places to visit for the best brews in the city. 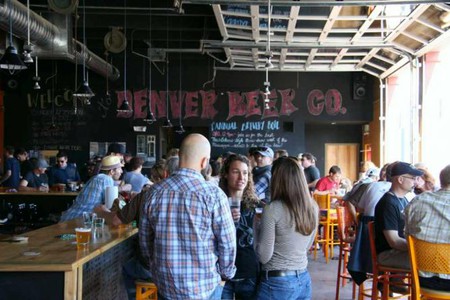 Interior of the tap room | Courtesy of Denver Beer Co

Artisan ales and lagers made from fresh ingredients make Denver Beer Company one of the top breweries in town. The brewery strives to capture the spirit of the city in its beers, providing a plethora of seasonally based drinks that are best enjoyed in the open mountain air with a hearty and adventurous spirit. Denver Beer Co draws influence from Bavarian beer gardens, which can be seen in the more traditional beers produced, while still leaning towards innovation and environmentally friendly practices.
Address: Denver Beer Company,1695 Platte St, Denver, CO. US, +1 303 433 2739

Housed in what used to be a dairy processing plant is this award winning brewery, which does well to capture the flavors of Denver. Great Divide Brewing Co is located in downtown and begins the brewing process with malted grain and ends it with a secondary fermentation called cold conditioning, which contributes to the balanced taste of the beer. In addition to fantastic beer, Great Divide is an incredibly green operation, supporting local farmers, recycling glass and water, and using only electricity saving light bulbs in the tap room. Guests enjoy 16 seasonal and year round hand crafted beers along with fantastic views into the fermentation room itself.
Address: Great Divide Brewing Company, 2201 Arapahoe St, Denver, CO, US, +1 303 296 9460 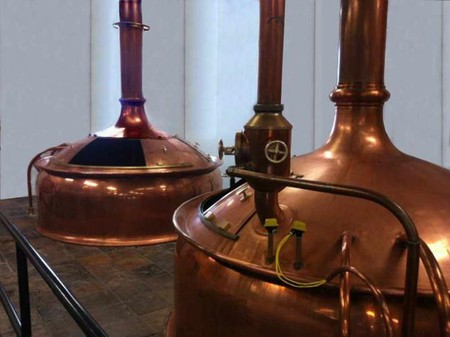 Gold medal winning Prost Brewing steps back into the old world of beer, featuring numerous flavors that originated in Germany. Located in a two story building in the LoHi neighborhood, this brewery uses enormous copper kettles brought from across The Pond to create its tasty drinks, which are then served in traditional glasses in the Bavarian-themed tap room. With fresh baked pretzels at hand, Prost encourages a casual and friendly atmosphere to enjoy the many tipples offered. Visit for Oktoberfest and experience a taste of Germany while chilling on an outdoor patio with great views of downtown Denver.
Address: Prost Brewing, 2540 19th Street, Denver, CO, US, +1 303 729 1175

Bringing a bold yet balanced taste to Denver’s microbrewery scene, Mockery Brewery is a new and unique place to observe an intense passion for hand crafted beer, good company and canine friends. Guidelines blur at this Colorado-bred brewhouse that offers red saisons, pale ales, a grapefruit pilsner, and even a tasty vanilla bourbon porter. As if those aren’t enough options, the taps at this joint change virtually week to week.
Address: Mockery Brewing, 3501 Delgany St, Denver, CO, US, +1 303 953 2058

Mixing up a combination of art and science is Fermaentra. This brewery lays a traditional foundation for its drinks, before breaking out to embody the evolution of the American craft beer scene. Just two blocks away from the University of Denver campus, the joint is home to a tap room that serves only a handful of beers, yet the creativity of each rarely fails to impress. At Fermaentra, each beer becomes more than just a drink, it becomes a concoction, cooked up with an eye for science and alchemy.
Address: Fermaentra, 1715 E Evans Ave, Denver, CO, US, +1 303 955 0736

Located in the midst of Denver’s River North District, Epic Brewing Company is an internationally renowned brewery that holds the philosophy that there is a beer out there for every person and occasion. With a team that enjoys epic adventures, this brewery is about going all out with its favored ales and lagers. The tap room here offers 25 different beers on tap as well as large windows that let in the sunlight and a cozy fireplace setting that invites every visitor to sit back and sip some spectacularly pleasing beer in the shadow of the Rockies.
Address: Epic Brewing Company, 3001 Walnut St, Denver, CO, US, +1 720 539 7410 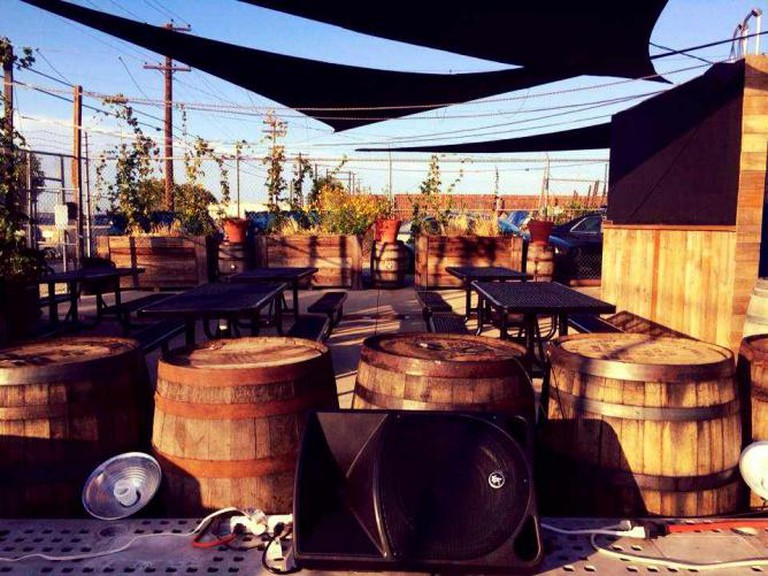 The Patio | Courtesy of Black Shirt Brewing Co.
At Beryl’s Beer Company, a local microbrewery also located in RiNo, visitors can discover the surprising and delightful tastes of barrel-aged beer. Exploring new flavors with a passion for excellent beer, the folk at this brew house offer a distinct take on defining Colorado’s hops-laden tipples. Featuring ever-changing taps coupled with numerous events and live music, Beryl’s is a great spot to come, sip and explore the world of ales with friends.
Open In Google Maps
Denver, Colorado, USA
Give us feedback

A brewery entirely devoted to craft, Grandma’s House offers not just thirst quenching and fantastic beer, but also a variety of hand-made Colorado products from all over the state. The belief in Denver’s thriving microbrewery industry propels this brewery’s open-door policy, allowing up and coming brewers to hone their skills on the premises. With board game nights, bingo, and Mario Kart Mondays, there’s something waiting here for everyone.
Address: Grandma’s House, 1710 S Broadway, Denver, CO, US, +1 303 578 6754

With a mission to revive the old traditions of the classic neighborhood brewery, this family owned brew house features a rotating tap list on a three-barrel system. Copper Kettle Brewing Co also boasts some award winning Freedom Kolsch in an atmosphere that promotes community, non-profits, and even other microbreweries.
Address: Copper Kettle Brewing Co, 1338 S Valentia St 100, Denver, CO, US, +1 720 440 2522

Producing progressive and unconventional beer with new and creative techniques, Crooked Stave takes tradition and expands the horizon. Featuring an expansive assortment of unique and exciting flavors, this brewery has a lot to give. Using barrel-aging and other old-world methods, the brewery showcases many diverse and award winning beers that customers can taste in a cozy taproom.
Address: Crooked Stave Artisan Beer Project, 3350 Brighton Blvd, Denver, CO, US, +1 720 508 3292