Colorado's Top 10 Craft Breweries to Visit Before You Die

Colorado has one of the largest concentrations of craft breweries in the nation, and they produce a wide range of unique beers. From Durango to Grand Junction to Denver, here is a list of some of the great, must-visit craft breweries found throughout the state. 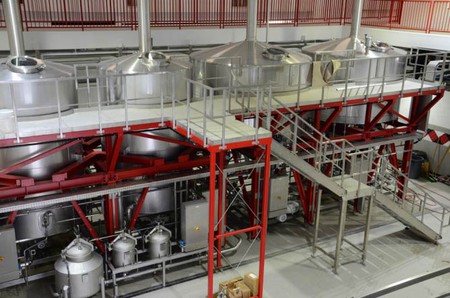 Established in 1993 by Adam Avery, the eponymous Avery Brewing Co. is a Boulder-based venue that has grown steadily over the years. Indeed, it very recently moved to a new, larger 96,000-square-foot location, which has 30 beers on tap plus a restaurant serving comfort cuisine, including vegetarian and gluten-free items. Some of their more popular brews that are often found on draft include the White Rascal Belgian-Style Wheat and The Maharaja Imperial IPA. The brewery also experiments with different methods and flavors to produce some great limited edition creations, including the Rumpkin — pumpkin ale aged in fine fresh rum barrels. Free tours, in both the guided and self-guided varieties, are available every day.
Open In Google Maps
4910 Nautilus Court North, Gunbarrel, Boulder, Colorado, 80301, USA
+13034404324
Visit Website
Give us feedback

Established in 2014 by Luke Smith and Scott Procop, CODA Brewing Co. is an Aurora-based craft brewery. Named after the coda symbol, which denotes the end of a musical piece, CODA ‘pairs beer with music’ meaning that each brew has a complementary song. Procuring the highest quality ingredients available, including hibiscus imported from Africa, the brewery creates a variety of unique, handcrafted, award-winning brews, including the 2014 Great American Beer Festival silver medal award winner ‘Sleepyhead Passion Fruit Kölsch,’ plus experimental elixirs. Sample them all in the rustic-style tap house, complete with furniture made of Colorado-grown hardwoods. As for tasty edibles, have a delicious meal delivered from Cedar Creek Pub, their sister restaurant.

Established in 1994 by Brian Dunn, Great Divide Brewing Co. is a renowned craft brewery offering 16 taps of seasonal and year-round beers in their downtown Denver venue. Receiving multiple awards for its brews, including 18 Great American Beer Festival medals and five World Beer Cup awards, it is a definite must-try for any craft brew lover. Sourcing the best ingredients available from local sources whenever possible, popular choices include the Yeti Imperial Stout with caramel and toffee notes and the seasonal Old Ruffian, which is a barley wine-style ale. For those seeking something to eat, the brewery hosts food trucks nightly. Don’t forget to participate in a free guided tour of the brewery, which take place daily. 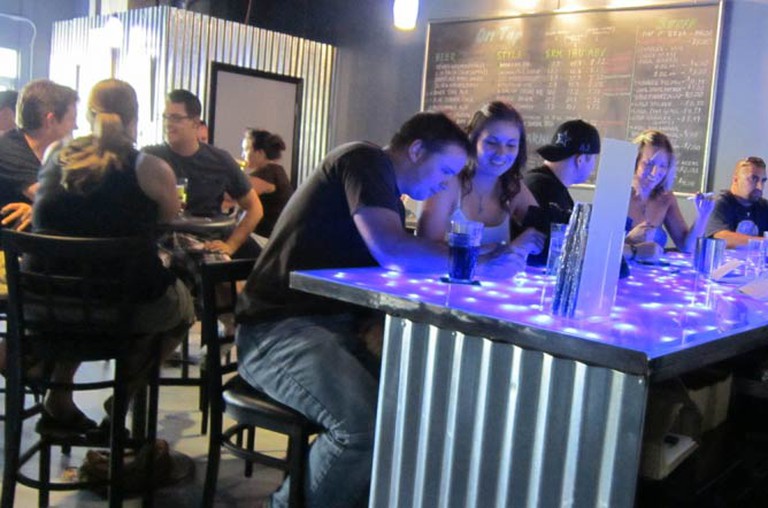 Bar at Great Storm Brewing | Courtesy of Great Storm Brewing
Referred to as the ‘Crossroads of the Rockies,’ Poncha Springs is a small community with excellent outdoor adventures – and home to Elevation Beer Company. Established in 2012 by four friends eager to produce top quality, handcrafted beer, the brewery creates a variety of brews from mild to bold and complex flavors. Some of their award-winning, year-round beers include the First Cast IPA, which marked their entrance into Colorado’s craft brew scene, and the Apis IV, a brew made with caramelized honey from Colorado honeybees. Open daily for craft beer enthusiasts’ pleasure, the brewery offers tours by appointment or on Saturdays at 3 PM and 5 PM.
Open In Google Maps
115 Pahlone Parkway, Poncha Springs, Colorado, 81242, USA
+17195395258
Visit Website
Give us feedback

Founded in 2010, Great Storm Brewing opened to the public for the first time in 2012. Specializing in classic styles with a twist, the brewery, which happens to be the smallest microbrewery in Colorado Springs, strives to create craft brews that will set them apart from everyone else. With several rotating taps, which feature everything from seasonal to experimental to small batch to regular favorites, there is something for everyone. Excellent choices include the Rum-Raisin Stout, which is fermented with oats, raisins and dark brown sugar, and the Brass Ale Honey Amber made with UK malt and hops plus local wildflower honey. Be sure to check out the patio for beautiful views of Pikes Peak.

Opened in 2005, Kannah Creek Brewing Company is a locally owned and operated neighborhood brewpub located in Grand Junction. Featuring award-winning craft brews alongside tasty savory and sweet edibles, this warm and inviting brewery is a great place to enjoy a night out on the town. Along with seven mainstay taps, including the Lands End Amber, a German-style Altbier, several seasonal options, such as the Cherry Bourbon Barrel Brown with chocolate and cherry notes, also make an appearance allowing for many palates to be pleased. For a free tour, visit their Edgewater Brewery, but be sure to schedule it in advance.

Horse and Dragon Brewing Company is a family-owned and operated establishment found in Fort Collins. Opened in 2014 by Tim and Carol Cochran, the welcoming taproom, which is open daily, features several taps — check out their website for current offerings — ensuring that a wide range of tastes will be satisfied. Creative brews include the Sad Panda Coffee Stout with a flavorful combination of vanilla, dark chocolate and coffee, the Naughty ‘Nana Belgian Dubbel, which is fermented with bananas, and the L3 IPA. For those who are interested in touring the brewery, tours are only available upon request.

Lowdown Brewery and Kitchen is a Denver-based establishment featuring handcrafted classic brews plus modern creations, which include barrel aging and new recipes, alongside delectable cuisine. Established in 2014, the brewpub offers guests a casual, comfortable atmosphere in which to sample a selection of brews from the staff favorite, Patio Pounding Pilz, which is a classic pilsner, to the Total Eclipse of the Saison, which is a dark brew with notes of chocolate and orange. Lowdown also has guest taps to support other local businesses. When it comes to edibles, the menu offers dishes, including gluten-free and vegan options, inspired by local, organic, and seasonal ingredients.

Brewery, Winery
Facebook
Email
Twitter
Pinterest
Copy link
Share
Map View
Opened in 1994 by Dick Doore and Eric Wallace, Left Hand Brewing attracts craft beer aficionados again and again with its great, multi-awarding winning brews. From light to dark, from mild to bold, the handcrafted beers produced in this Longmont brewery are varied, which means there is something for every taste. The Sawtooth Ale — the flagship brew — and the Milk Stout Nitro, a smooth stout with notes of brown sugar, vanilla cream, roasted coffee and chocolate, are two of the most popular choices. Visit the brewery’s tasting room any day of the week to try these beers and more. If interested in the behind-the-scenes action, take a free guided tour of the brewery.
Open In Google Maps
1265 Boston Avenue, Longmont, Colorado, 80501, USA
+13037720258
Visit Website
Give us feedback

Established in 1995, Ska Brewing is a 100% wind-powered facility offering guests multi-award winning craft brews within a lively atmosphere. From flagship beers like the Modus Hoperandi IPA to seasonal offerings, including the Estival Cream Stout, a dessert beer with hints of chocolate and coffee, beer lovers will be pleased with the unique line-up. For those seeking something to eat, visit the brewery’s beer garden to sample delicious fare by The Container. Featuring cuisine inspired by local ingredients and the brewery’s beer, the menu will attract a wide range of tastes from carnivorous eaters to vegans to gluten-free diners. Ska also hosts various events each month, including trivia nights and live music.