Visit America's Lesser-Known National Parks Before Everyone Else Does

Mt. Shucksan in the North Cascades | © Andrew E. Larsen/Flickr
The National Park Service, established in 1916 to preserve America’s most treasured lands, protects 58 different parks across the nation. And while the more popular national parks – Great Smoky Mountains, Grand Canyon, Yosemite – have their draw, with millions of visitors attending each year, there are dozens of other majestic oases of natural beauty. These landmarks with the fewest visitors are some of the nation’s best-undiscovered gems.

Gates of the Arctic National Park and Preserve, Alaska

Park
Remote river in Gates of the Arctic | © National Park Service, Alaska Region/Flickr
The Gates of the Arctic is a vast piece of isolated landscape just north of the Arctic Circle. Without roads and trails, the awe-inspiring beauty of the surrounding wilderness has remained unchanged except by that of Mother Nature. Glacier-carved valleys, wild rivers, and towering peaks encompass its 8.4 million acres of wilderness, the second largest national park in the nation. Much of the park lies within the Gates of the Arctic Wilderness, and together with the Noatak Wilderness Area, they make up the largest contiguous wilderness area in America. But it only sees 11,000 visitors a year. Perhaps this is because it’s only reachable by plane or foot – an aurora-lit trek filled with roaming caribou – so if you’re looking to enter the wild, this is it.
More Info
Open In Google Maps
Airport Road, Bettles, Alaska, 99726, USA
+19076925494
View menu
Visit website
Visit Facebook page
Send an Email
Give us feedback

Park
On the waters of Lake Superior lie a cluster of over 400 islands. Named after the largest island of the bunch, the Isle Royale National Park covers 894 square miles of land and sea, only 209 square miles of which are above water. The park is a haven for backpackers, hikers, and outdoor junkies who can kayak, canoe, or scuba dive through miles of serene marine life. And with just under 19,000 visitors a year, you’re sure to get a taste of serenity. Isle Royale, a car-free island in the northwest corner of the lake, is known for miles of foliage-filled wilderness and roaming moose and wolves. The island is only reachable by boat or seaplane, but seasonal ferries operate from Houghton, Copper Harbor, and Grand Portage, Minnesota.
Looks like it's closed Hours or services may be impacted due to Covid-19
More Info
Open In Google Maps
Michigan, USA
+19064820984
View menu
Visit website
Visit Facebook page
Send an Email
Give us feedback

Located just a few hours outside of Seattle, it may come as a surprise that this national park only receives 20,000 visitors a year. Extending north into Canada’s Skagit Valley Provincial Park, the North Cascades National Park is known for its mountain trails, pine-studded landscape, and glistening lakes. Plus, with over 300 glaciers to explore, it calls to mountaineers and experienced backpackers, some who trek through the park on their way to the terminus of the Pacific Crest Trail. Access to the North Cascades is limited, with most arriving via Highway 20, which crosses at Ross Lake – a popular stop for boating, kayaking, and fishing. 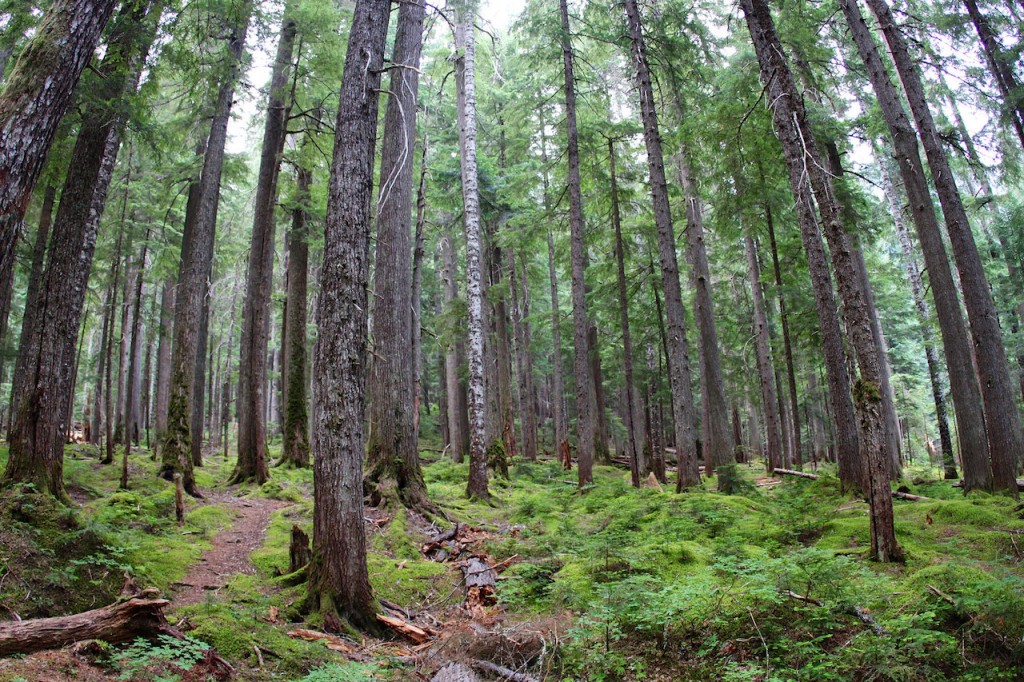 Park
Fort Jefferson on Garden Key, from northeast, Dry Tortugas | Public Domain/WikiCommons
Home to a thriving sea turtle population, the remote Dry Tortugas National Park is a playground for lovers of marine life, scuba divers, and snorkelers. Surprisingly, with crystal-clear waters and white sand beaches, it only sees 70,000 visitors a year – many coming to experience its pristine underwater ecosystems or camp near the historic 19th-century Fort Jefferson, the largest masonry structure in the Western Hemisphere. Its 100 square miles of mostly open water protect seven islands and the surrounding coral reefs. But you can only get here by boat or plane, a 70-mile trip from Florida’s Key West. During spring, hundreds of species of migrating seabirds frequent the area before heading on their way.
More Info
Open In Google Maps
Dry Tortugas National Park Florida, USA
View menu
Visit website
Visit Facebook page
Send an Email
Give us feedback

Congaree National Park, the largest intact stretch of old-growth bottomland hardwood forest in the US, once faced threats of deforestation. After a grassroots initiative was set in motion in the 1960s, a portion of the park was designated as protected wilderness; it was officially named a national park in 2003. Characterized by lush canopy roofs and sweeping rivers, the Congaree houses one of the highest temperate deciduous forests in the world. The grassy wetlands are best seen via canoe, where you just might catch a glimpse of a river otter or armadillo, or you can take a stroll along the Boardwalk Loop, a 2.4-mile-long path that plays host to less than 100,000 visitors a year. 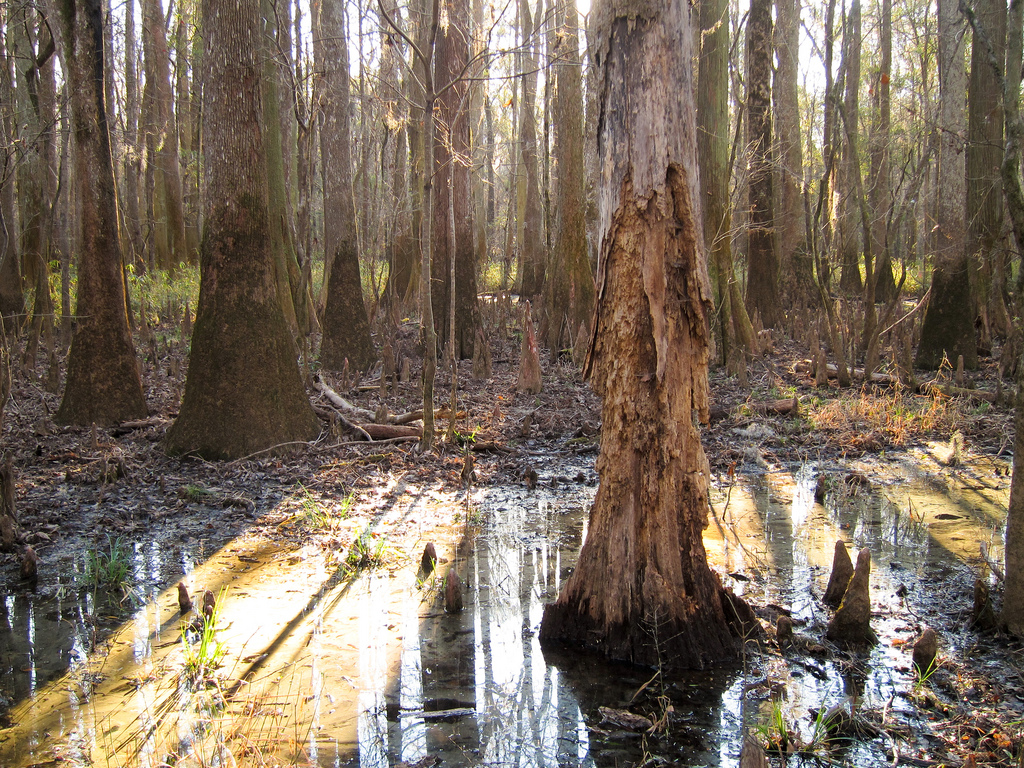 Park
Great Basin National Park | Public Domain/Pixabay
Near the border of Utah, find Nevada’s largest national park: an undiscovered gem of ancient bristlecone pines – among the oldest living organisms on the planet – and limestone caves. The Great Basin National Park, with its remote location in the South Snake mountains, is visited by just 116,000 visitors a year. But far away from the lights of civilization, the park is revered for having exceptionally dark skies, perfect for stargazing. Head down America’s loneliest road, Highway 50, to arrive at this small pocket of basins and mountain ranges, or take a ride down Wheeler Peak Scenic Drive for views of the 13,000-foot-high Wheeler Glacier.
More Info
Open In Google Maps
Nevada, USA
+17752347331
View menu
Visit website
Visit Facebook page
Send an Email
Give us feedback

Park
Painted Wall overlook | © David Fulmer/Flickr
Located in western Colorado, this national park mostly encompasses the steep gorge carved by the Gunnison River, the steepest canyon in North America. Black Canyon, composed of black Precambrian rock, also gets it name from the limited amount of sunshine it sees each day – best seen by nearby roads or trails which travel along the north and south rims. Most of the park’s 200,000 annual visitors head to the Painted Wall, a cliff decorated with lines. Visitors can hike, camp, rock climb, or take in the rugged beauty of this untouched landscape. Plus, you won’t have to share much of the wilderness, except with local deer, elk, and golden eagles.
More Info
Open In Google Maps
Colorado, USA
+19706412337
View menu
Visit website
Visit Facebook page
Send an Email
Give us feedback
Give us feedback