The Dirtiest-Sounding Sports Words and Phrases 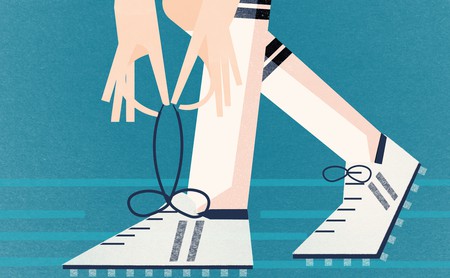 Sports aficionados don’t even bat an eye when they hear words or phrases that might sound inappropriate out of context because, well, they know how it relates to the certain sport they’re playing or watching.

From “tight end” to “stroke off” and “rim shot”, Culture Trip picks out some of the dirtiest-sounding sports jargon and explains why you should get your mind out of the gutter.

The tight end is a position in football (think: Rob Gronkowski). They are a hybrid between an offensive lineman and wide receiver. Tight ends usually line up on the offensive line in order to block, out wide as another receiver or in the slot (see below).

A hooker is a position in rugby. The hooker is one of the team’s forwards, who, plays in the middle of the front row. The name derives from the position’s role of “hooking” or raking the ball backwards to gain possession during the scrum.

There’s nothing that gets fans on their feet more (and go viral on social media) than dunking directly over a defender. These thunderous dunks result in much celebration on the offensive player’s part and a few humiliated looks from the defender, who usually ends up on his backside.

The ultimate decider in field hockey. If the score remains tied at full time, two sudden-death overtime periods and two shoot-outs, a stroke off is needed.

In the slot (football)

This is a football expression to describe an offensive formation when a player — typically a receiver or tight end — lines up between the last offensive lineman on either side and the wide receiver on that side. Slot receivers are typically smaller receivers who utilize their agility and speed to gain separation from defenders.

This metaphor, derived from cricket, refers to a difficult circumstance. Sticky wicket is a way to describe tough conditions in the sport of cricket, usually in reference to a damp or soft pitch.

Go all the way (football)

This expression is utilized by football commentators when an offensive player is en route to scoring a touchdown. Basically: he could go all the way (to the end zone). Simple, yet sounds dirty.

This pitch in baseball is used to deceive the hitter. A backdoor slider initially appears to be off the plate (and thus a ball), yet it cuts laterally over the back part of the plate for a strike.

This is a two-part move in weightlifting usually involving a barbell. The barbell starts on the floor with the lifter having to bring it up to his/her chest (clean) before raising it above his/her head finishing with straight arms and legs (jerk).

Similar to a nutmeg in soccer. This is when an offensive player shoots the puck between the goalie’s legs (five hole) and into the back of the net.

A means by which an offensive or defensive player can overcome the opponent’s scheme or play in order to succeed, whether it results in a quarterback sack or touchdown, for example.

This is a penalty in ice hockey. Butt-ending is the action where one player uses the shaft of his stick (above the upper hand) to check an opposing player or jab at another player. It results in a major penalty, game misconduct penalty and automatic $100 in the NHL.

This is when a driver has qualified with the No. 1 starting position in a given race. Used in sayings such has “has the pole” or “in pole position”, this inside position on the front row is earned with the fastest qualifying time.

A shot in basketball that clangs off the basket’s rim that may or may not proceed to fall through the net.

In the rough (golf)

When the ball misses the fairway and ends up in the higher, thicker grass that surrounds it.

A muffed punt is when the receiving team’s player accidentally touches the ball in an attempt to catch it. Think of it as a botched catch. Muffed punts usually involve an ensuing scramble by both teams in order to gain possession.

Pitchers come inside on hitters when they get too close to the plate. A pitcher is defensive over “his plate”, so he may throw a pitch close to the hitter in order to back him off the plate and expand the strike zone to work with.

Another way commentators refer to a player needing a breather or rest from the game’s action.

The act of two defenders guarding an offensive player in an effort to force a mistake or prevent a big play. Double and triple teams are usually reserved for star players. The downside of this move is leaving another offensive player available and unmarked for a time being.