The 10 Spookiest Haunted Houses Across The Globe

Ghost stories are told in countries around the world, from the United States to China. Many are associated with buildings that are said to be the sites of tragic or traumatic deaths. Whether you believe the stories or not, these eerie legends offer compelling insight into each region’s history and culture. In honor of Halloween, we’re rounding up some of the spookiest haunted houses across the globe. 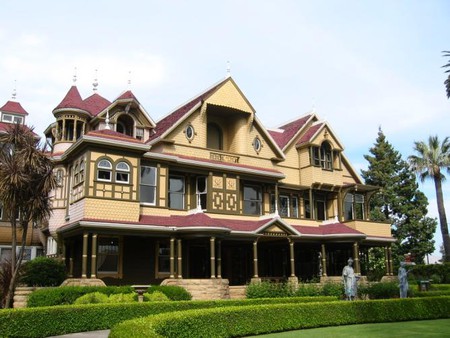 The Winchester Mystery House was built and owned by the widow of businessman William Wirt Winchester, Sarah Winchester. The widow believed the spirits of people killed by her husband’s Winchester rifles were haunting her. She was advised by a psychic to keep the spirits at bay by building them a house. The psychic told Mrs. Winchester that she would be safe as long as the construction of this house continued. As a result, the Winchester Mystery House underwent construction for 38 consecutive years, resulting in over 160 rooms, 17 chimneys, and 47 fireplaces. Visitors and employees have reported a number of paranormal events in the house, including rattling doorknobs and the smell of chicken soup cooking.

The Treasurer’s House was originally built in the late 11th century as a home for the treasurers of York Minster. Now owned by the National Trust, the house is said to have several resident ghosts, including industrialist Frank Green who owned the property until his death in 1930. Perhaps the house’s most famous ghost story, however, took place in 1953. A young workman was said to have seen two troupes of soldiers emerge from the cellar wall. The soldiers’ lower legs were not visible, as though they were walking below the cellar. Years later, excavations revealed an ancient Roman road buried 18 inches below the house’s floor. The Roman soldiers have since been spotted in the cellar on a number of other occasions.

The Foxwood House is a boutique hotel set in an early 20th-century building. Surrounded by 2.5 acres of beautiful gardens, the hotel is decorated with luxurious antique décor that has changed little since its construction. Over the years, guests have reported hearing unexplained footsteps, while others have claimed to see the figure of former President of the South African Republic, Paul Kruger. Some guests and employees have also spotted a woman and child standing on the hotel’s balcony.

Built in 1770, Rose Hall is one of Jamaica’s finest colonial homes, yet it is best known for being haunted by the ghost of Annie Palmer. According to legend, English-born Annie moved to Haiti with her parents when she was 10 years old. Her parents died, leaving Annie to be raised by her Haitian nanny who introduced her to witchcraft and voodoo. As an adult, Annie moved to Jamaica and married John Palmer, owner of Rose Hall and its large sugar plantation. Over her years at Rose Hall, Annie is said to have murdered her three husbands and tortured slaves for entertainment, all using voodoo. Visitors today report seeing her riding her horse around the grounds looking for runaway slaves or standing on her balcony watching over the plantation.

The Monte Cristo Homestead is often cited as Australia’s most haunted site, with paranormal activity consistently reported in the house and the surrounding grounds. Built in 1885, the home was owned by the Crawley family until 1948. Numerous accidental deaths and murders have occurred in the home over the years, including a maid who fell from the balcony and a caretaker who was murdered in his cottage. Children are frequently frightened when standing near the stairs, where a nanny dropped and accidentally killed the Crawley’s baby girl. A young boy, supposedly the ghost of a stable boy who burned to death on the property, is often seen around the coach house.

The Sallie House is a modest brick home, originally built in the mid-19th century. The house gained national attention in the 1990s when a young couple living in the home reported a series of paranormal encounters, which were documented by the TV show Sightings. The home is named for the spirit of a six-year-old girl who supposedly died in the home during a botched appendicitis surgery. While many of the occurrences reported in the house are mischievous, others, such as physical attacks on visitors and fire outbreaks, are distinctly more malevolent. The home continues to be studied by paranormal investigative teams, many of which report auditory phenomenon and temperature fluctuations. 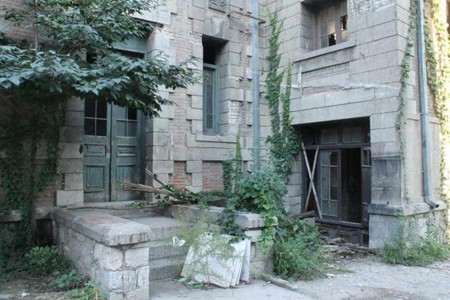 Chaonei No. 81 in Beijing has sat abandoned for decades, despite the fact that properties nearby sell for millions of dollars. Locals have long avoided this French Baroque-style mansion, which was inspiration for the 2014 Chinese movie The House That Never Dies, because it’s believed to be haunted. It is believed the Qing imperial family built the building as a church for Beijing’s British community. It later became the home of a high-ranking Kuomintang official. When the Kuomintang government fell in 1949, the official supposedly fled to Taiwan and left his wife behind to face the Communists invading the city. His terrified wife hanged herself from the rafters of the home and has haunted the house ever since.

Originally constructed in the 12th century, the Ancient Ram Inn is supposedly built on the intersection of two ley lines, which are conductors for spiritual activity. It’s also believed that the house sits on the remains of a 5,000-year-old Pagan burial ground. Over the centuries, the inn has been the site of black magic rituals, suicides, and ritual sacrifices. When it functioned as a bed and breakfast, guests often reported feelings of being touched or pushed, as well as seeing apparitions or experiencing general feelings of uneasiness.

Borgvattnet Vicarage is set in a small village in Northern Sweden. Built in 1876, the building has been the site of paranormal activity since 1927. The vicarage’s resident at the time, chaplain Nils Hedlund, is said to have seen his drying laundry be torn down from the line by an unseen force. Since that first sighting, almost every new vicar has reported noticing shadowy figures, objects moving, and auditory phenomena, among other unusual occurrences. The house now functions as a guest house and visitors who make it through the night receive a certificate denoting their bravery.

Constructed in 1857 by Thomas Whaley, one of San Diego’s early settlers, the Whaley House has been named the most haunted home in the United States by the Travel Channel. Built on land that once served as a cemetery, the house has been the site of dozens of paranormal events since opening as a museum in 1960. A number of visitors have seen the figure of a young girl who was mistakenly hanged on the property. Many people have also spotted the ghost of Yankee Jim Robinson, a thief who was clubbed to death on the house’s stairway.