Sponsors Are as Divided as Fans Amid NFL Anthem Controversy 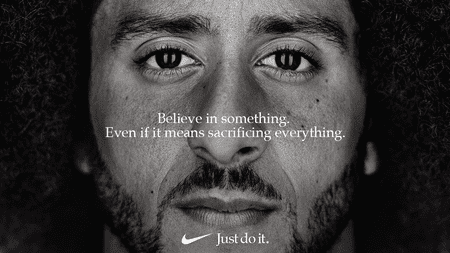 The National Football League (NFL) returned for the 2018-19 season, and while months passed between Super Bowl LII in February and the season opener between the Philadelphia Eagles and Atlanta Falcons on September 6, during the offseason the league remained a focal point for conversation in the American sports landscape.

The intersection of sports and politics has grown even more contentious since former San Francisco 49ers quarterback Colin Kaepernick first kneeled during the national anthem two years ago in an effort to heighten awareness of the social injustices and racial inequality plaguing the country. The action, which has been replicated in one form or another by fellow NFL players and athletes in other sports, has divided league ownership and fans and even drawn the ire of President Donald Trump.

It also puts sponsors in a precarious position: get involved or avoid the issue altogether.

Nike, the official provider of the league’s uniforms and apparel through 2028, isn’t shying away from the controversy – it recently released ads centered around Kaepernick. Fans took to social media to express their anger, posting videos in which they cut the company’s trademark swoosh off their apparel while proclaiming #BoycottNike.

Unsurprisingly, President Trump took to Twitter to voice his displeasure.

What was Nike thinking?

Nike has continued to promote Kaepernick as one of the faces of its patented “Just Do It” campaign; he appears in a commercial the company aired during the nationally televised season opener on Thursday Night Football.

“He’s done a lot for the African American community, and it’s cost him a lot. It’s sad,” fellow Nike athlete Serena Williams told reporters after her quarterfinal victory at the US Open. “Having a huge company back him … could be a controversial reason for this company, but they’re not afraid. I feel it was a really powerful statement to a lot of other companies.”

While Nike is using Kaepernick’s actions as a means to continue the conversation, Papa John’s, which had been the official pizza sponsor of the NFL since 2010, has used the anthem debate as an excuse. CEO John Schnatter claimed sales declined due to players protesting during the national anthem. Things went from bad to worse for the company when a July 2017 report claimed Schnatter had used a racial slur during a conference call that May. He later resigned from his position, and all of his imagery has been removed from promotional content.

As a result, the pizza company broke off its deal with the NFL in February, allowing Pizza Hut to take over that designation. Pizza Hut, which has more than 16,800 restaurants in more than 100 countries, doesn’t intend to get involved in the political controversy that’s shining a spotlight on the league. Instead, Pizza Hut says it will focus solely on the fans – offering special deals, prize giveaways and augmented-reality technology to bring the game closer to its viewers.

“We want to hit every customer touchpoint from customers ordering pizza, to it being Pizza Hut pizza, and them playing tailgate games digitally via the Beanbag Blitz app,” says Courtney Moscovic, manager of PR and partnerships at Pizza Hut. “We want to be everywhere our customers are when they’re watching football.” 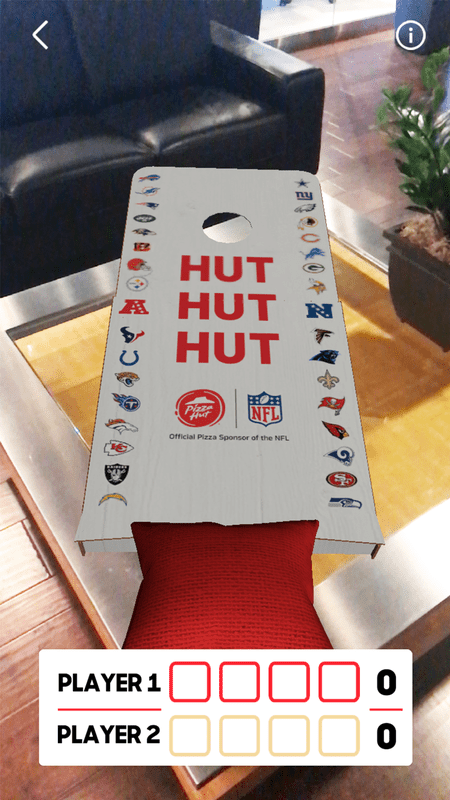 This isn’t the first time – nor will it be the last – that NFL sponsors have had to make a decision whether or not to continue to hitch their wagons to the league and/or specific players they’re associated with.

Nike dropped former Baltimore Ravens running back Ray Rice in 2014 after a video surfaced of Rice physically assaulting his future wife in an Atlantic City elevator. The brand pulled Rice’s jersey from its online stores, while Modell’s removed the product both online and at brick-and-mortar retail locations.

That same year, former Minnesota Vikings running back Adrian Peterson was in the spotlight for a child abuse scandal that led many of his sponsors, including Nike and Hyperice, to suspend or drop him. He is currently playing for the Washington Redskins.

Radisson Hotels, which had a limited partnership with the Vikings, suspended its deal during the scandal. NFL beer sponsor Anheuser-Busch released a strongly worded statement on the negative issues that plagued the league that season: “We are disappointed and increasingly concerned by the recent incidents that have overshadowed this NFL season. We are not yet satisfied with the league’s handling of behaviors that so clearly go against our own company culture and moral code. We have shared our concerns and expectations with the league.”

Anheuser-Busch has since continued its partnership with the NFL and even got involved with the player protests, setting up a toll-free hotline in 2017 for customers to voice their opinions and concerns. Customers who called +18003425283 were met with a recorded message stating: “At Anheuser-Busch, we have a long heritage of supporting the nation’s armed forces, veterans and military dependents. The national anthem is a point of pride for our company and for the 1,100 veterans that we employ. Please feel free to share your feedback after the tone.”

Needless to say, the actions taken by the NFL and its players in relation to the national anthem protests have league sponsors as divided as owners and fans.