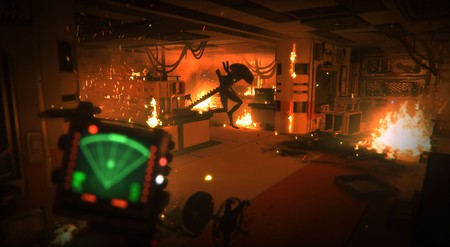 Video games put you right in the middle of the story. So, when that story is particularly unnerving, the potential to be scared senseless increases. For those who think they can handle the horrors, try playing one of the following games with the lights shut off this Halloween.

Alien: Isolation, based on the Alien sci-fi movie franchise, puts players on a space station with an alien, and challenges them to survive. Players control Amanda Ripley, the daughter of Ellen Ripley, the main protagonist in the Alien films who is played by Sigourney Weaver. The game puts an emphasis on stealth and resourcefulness, as Ripley attempts to navigate the space station without getting eaten by the alien constantly stalking her.

At this point, we also should give a shout out to Aliens vs. Predator, released in 2010, which lets players choose between controlling an alien, a predator, or a Marine soldier. The Marine, constantly outmaneuvered and outgunned, made for terrifying gameplay, as did Alien “face huggers” jumping out of nowhere. 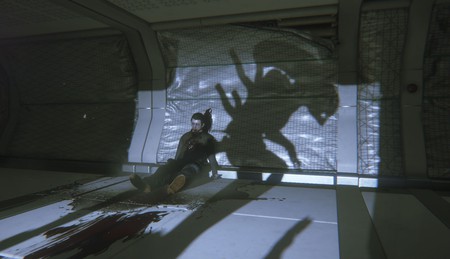 Silent Hill, initially released in 2001, is still described as one of the scariest video games ever. The game got a make-over in 2012 as part of a HD series, and is regarded as a classic in the genre. The game utilizes the third-person viewpoint and clue-based gameplay to terrify players. The story revolves around James Sutherland, who receives a letter written by his deceased wife, asking him to meet her in their special place in Silent Hill.

Check out the super creepy intro to the game below.

Five Nights at Freddy’s is a very simple, yet very terrifying game. Players are appointed the new security guard at a fictional pizza restaurant, and asked to keep the place safe for the night. Sounds easy, right? Not so much when you include the murderous animatronic animal characters that are in the restaurant with you, and have every intention of dealing out some death. The game, released in 2014, is not complex: players select cameras to keep track of the toys as they move, and can close doors to shut them out. But if the power runs low and the lights switch off, expect to fall out of your seat as the toys attack from the darkness.

The trailer shows you just how scary fluffy robot toys can be.

The Resident Evil games can make a decent claim to being the first in the horror-survival genre of video games. The series, which began way back in 1996, sees players take on zombies and other horrors as they battle their way through different environments. There have been 27 iterations of the game to date, and there are more planned for next year and the year after. The game has also spawned movies, cartoons and comic books.

The latest version of the game, Resident Evil 7 Biohazard, is out next year.

Forbidden Siren 2 is another Japanese game and gain in the horror/survival/stealth genre. Published in 2006, the game follows several characters who are trapped on Yamijima Island, off the coast of Japan. The island’s population disappeared mysteriously in 1976, and gamers experience the island 29 years later through the eyes of the various characters. It’s a creepy premise, and battling through the monsters to get to the bottom of the mystery doesn’t disappoint.

Considering how uber-creepy the main menu was, it’s surprising anybody even reached the actual game.

pixel UNSUPPORTED YET
Give us feedback