Best Christmas Songs You Haven't Heard from Around the World 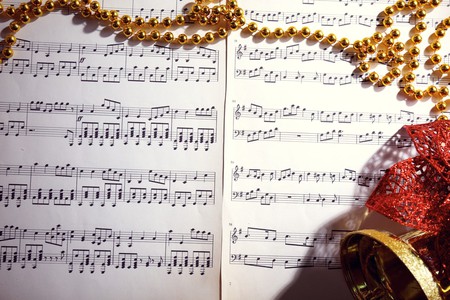 Right about this time every year the world is divided into two groups of people: those who relish every moment of Christmas music and the grinches (those who do not).

These days, stores and public spaces around the world start blaring Mariah Carey’s “All I Want For Christmas Is You” somewhere between Halloween and Thanksgiving. For some, this is heaven. But for others, forgetting your headphones turns any mall visit into a waking nightmare.

There’s no stopping the Christmas-industrial complex, and so whether you are looking for relief from the same 10 holiday songs emanating from every speaker or simply interested in adding some diversity to your most wonderful playlist of the year, here are 10 carols from around the globe that you ought to know.

With every output, Eric Whitacre proves why he is one of the greatest modern composers in the business. While renowned tracks like “Lux Aurumque,” “Sleep,” and “Equus” might only be popular within the realm of choral and orchestral nerdom, Whitacre’s “Glow” should be a Christmas staple. Written in 2013 for Disney’s World of Color – Winter Dreams show, the song was first performed by a virtual choir comprised of 1,473 singers, representing all 50 American States. For more Whitacre holiday magic, the Grammy-winning composer also adapted E. E. Cummings’ poem “Little Tree.”

This folky Venezuelan carol wonders what the fate of baby Jesus might have been if “the Virgin were from the Andes and Joseph the country,” describing his “face tanned by the sun” and the “finely woven” hammock he would rest in in place of a crib. The below version is performed by Serenata Guayanesa, a quartet formed in the ’70s in the Bolivar state.

Naturally, K-Pop has already produced a plethora of Christmas hits to bolster any holiday playlist in need of that cheesy goodness. While there are plenty of big label collaboration tracks to choose from, girl group f(x) prove that Christmas music could benefit from a little more bass on “12시 25분 Wish List.”

As odd as it might sound, there are a few traditional Christmas ballads that have come out of Australia, like William G. James and John Wheeler’s “The Three Drovers.” However, it’s Batesy’s 2010 strummer that best captures what we outside of the outback imagine to be an Aussie Christmas: backyard cricket before dinner, relaxing on the beach, and Santa in his “shorts and his thongs.”

First recorded in 1946 by vocalist Toni Rossi, “Petit Papa Noël” is France’s all-time bestselling single (over 5,770,000 units). The track has since been covered by a variety of artists, including Josh Groban’s 2007 rendition.

Known as “Cricket’s Christmas,” this Latvian carol isn’t the most uplifting of tales, despite its beautiful melodies. In a conversation between a mother and her son, the mother tells her child there is no bread left, and does her best to distract him from his hunger by describing the full moon and promises of a future filled with toys.

Unlike the previous track, “La Fiesta de Pilito” celebrates all the wonderful foods consumed during Christmas parties, including cake, suckling pig, and pigeon peas. Thanks to El Gran Combo, considered “the most popular Salsa group that has ever existed,” our holiday repertoire is now ready to hit the dance floor.

Written by Nigerian drummer and social activist Babatunde Olatunji, with help from Morehouse College’s Dr. Wendell P. Whalum, in the 1950s, this vivacious, Yoruba Christmas staple has since gone on to be performed all over the world, including the Mormon Tabernacle Choir.

It’s not often that we associate the Middle East with snowfall, but “Talj Talj” (“Snow Snow”) might make you believe that Lebanon is transformed into a winter wonderland every year. The song was popularized by the Lebanese vocalist Fairuz, one of the Arab world’s greatest musical products.

“Ang Pasko ay Sumapit,” which translates to “Christmas has arrived,” was originally composed by Vicente D. Rubi in 1933. Its first lyrics were written by Mariano Vestil in the Cebuano language, but were eventually rewritten in Tagalog (the standardized form is now called Filipino) in the ’50s by the composer and leaf-player Levi Celerio.