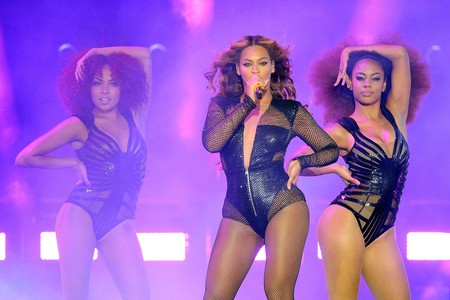 The latter scenario is far rarer, but there might be more original-songs-that-are-actually-cover-songs out there than you first suspect. For example, Shrek would like you to believe that “I’m a Believer” was drawn from the minds of Smash Mouth and that Jeff Buckley wrote “Hallelujah,” but the responsible acts are really The Monkees and Leonard Cohen, respectively.

We’ve listed 25 acclaimed songs that you probably didn’t know were covers, along with their original creators. 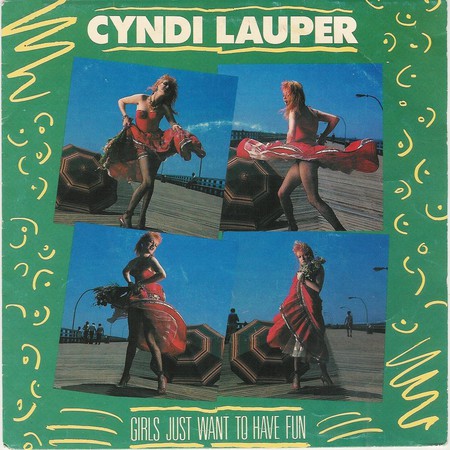 Before Cyndi Lauper dropped this anthem for all women, new wave musician Robert Hazard, a hot name in the Philadelphia club scene during the ’80s, recorded the song’s demo. 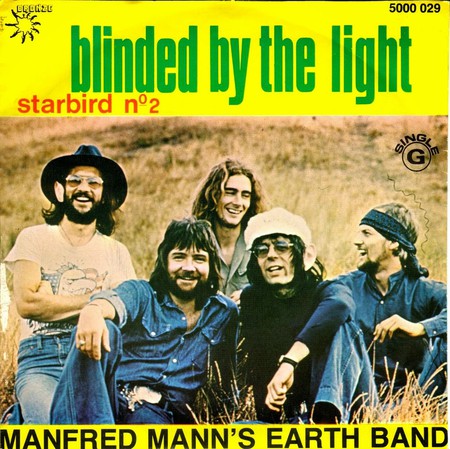 We all know Manfred Mann’s Earth Band for getting us revved up like a deuce, but the first runner in the night was actually Bruce Springsteen. 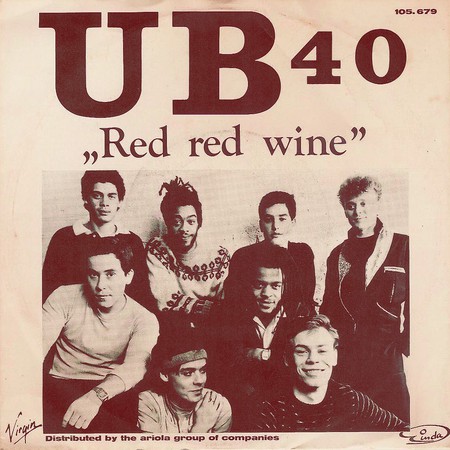 UB40’s reggae-flavored rendition of “Red Red Wine” might be our go-to track for vino indulgence, but the song first appeared on Neil Diamond’s sophomore record, Just For You, and it was far more somber. 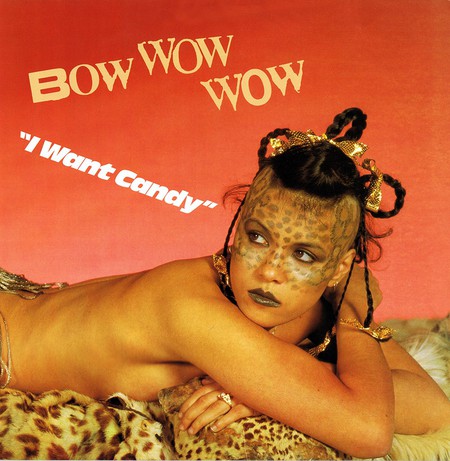 Bow Wow Wow had children screaming for sugary treats in the ’80s, and Aaron Carter kept the chant going in 2000, but the Bo Diddley beat-track first saw success when The Strangeloves released it in 1965, reaching no. 11 on the Billboard Hot 100 chart. 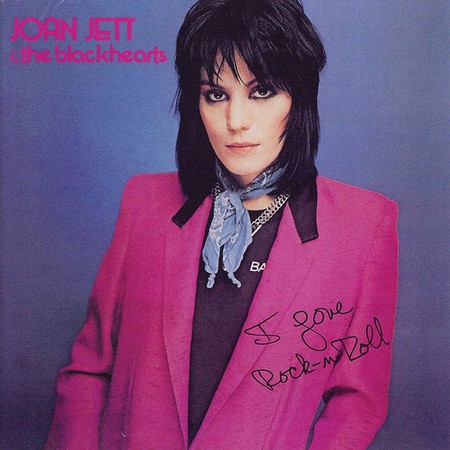 It’s hard to imagine anyone who loves rock ‘n’ roll more than Joan Jett, and considering how famous she made the track it’s hard to argue different, but The Arrows declared it first—seven years before Jett. 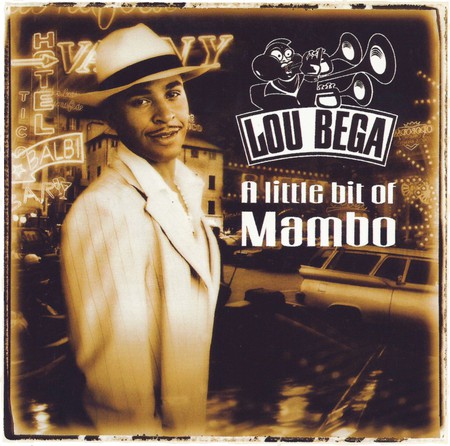 Lou Bega’s career can be summed up by “Mambo No. 5,” but before Monica, Erica, Rita, Tina, Sandra, Mary, and Jessica, he needed a little bit of Cuban bandleader Perez Prado, whose 1949 composition provided the skeleton for Bega. 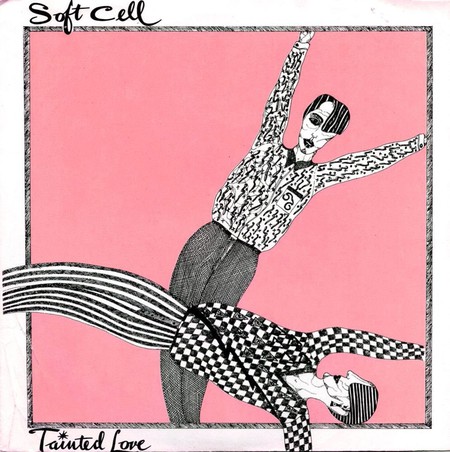 We all know “Tainted Love” as the dark synthpop smash courtesy of Soft Cell, but it first entered the cosmos nearly 20 years earlier via Gloria Jones and writer Ed Cobb. 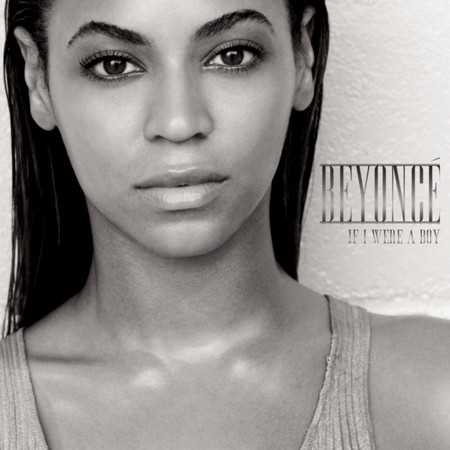 When singer-songwriter BC Jean’s record company rejected her recording of “If I Were A Boy,” she did the next logical thing: she gave the song to Beyoncé. 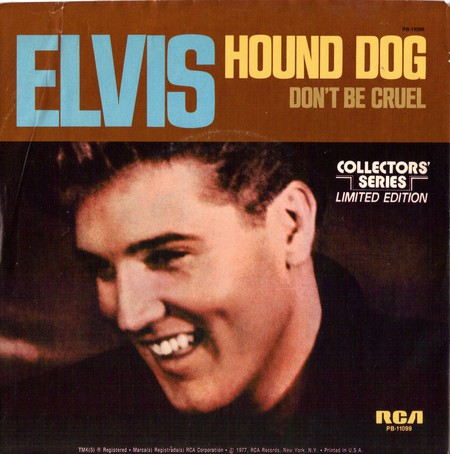 Before Elvis Presley got his paws on “Hound Dog,” Big Mama Thornton was cleverly calling out “motherfuckers” back in 1952. 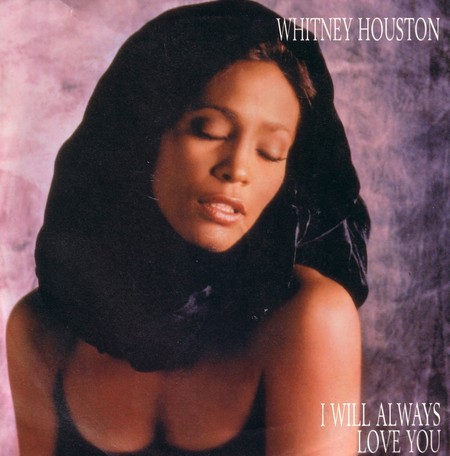 No one makes us feel more loved than the legendary Whitney Houston, but the credit here goes to Dolly Parton. Fun fact: It was actor Kevin Costner who first suggested to Houston that she cover the song for The Bodyguard soundtrack.

11. “Killing Me Softly With His Song” 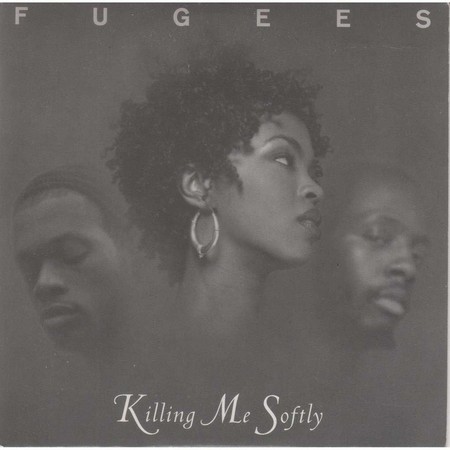 The Fugees’ cover of “Killing Me Softly” is one of those tracks that perfectly captures ’90s nostalgia, but before Lauryn Hill became everyone’s new favorite vocalist, there was Roberta Flack, and before Flack was Lori Lieberman’s acoustic ballad. 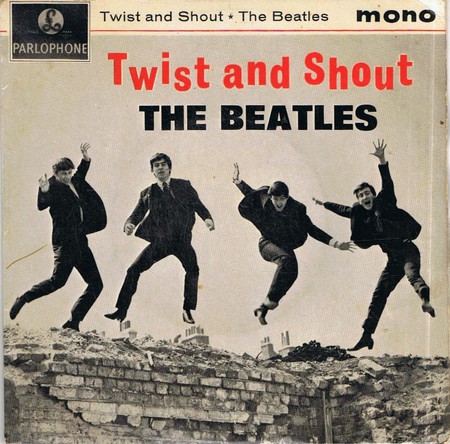 Between The Isley Brothers, The Beatles, and The Who, it feels like almost every major musical group has taken a stab at “Twist and Shout,” but it all began with R&B collective the Top Notes. 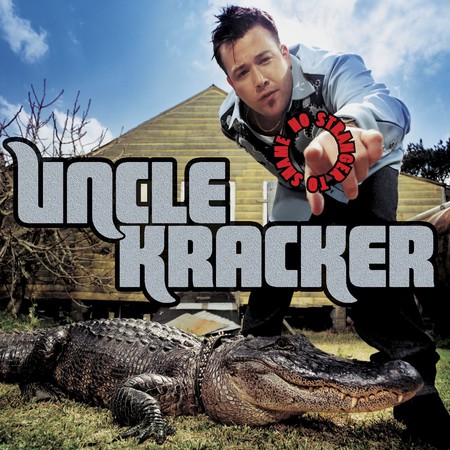 You might know Uncle Kracker as the guy that was once on the radio every second of every day, desiring to get lost in your rock and roll and drift away, but this really belongs to John Henry Kurtz. 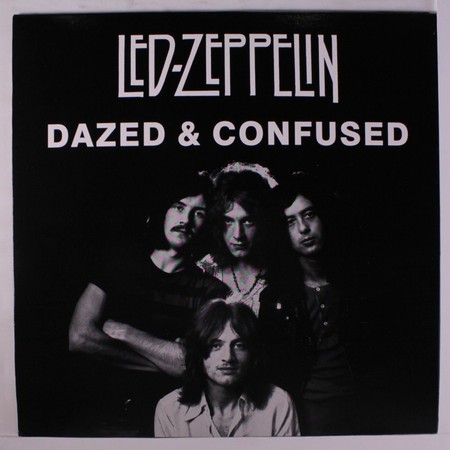 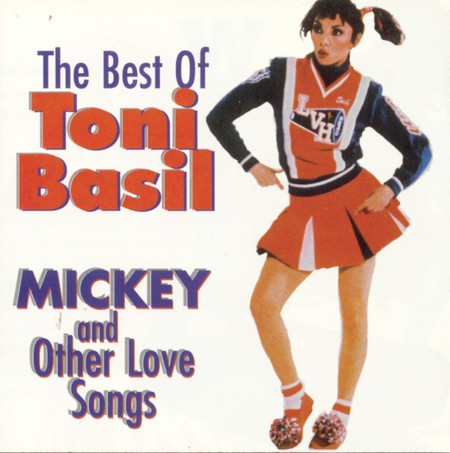 Toni Basil’s “Mickey” is so fine, but it might blow your mind to know that the song was first recorded by a British pop quartet called Racey, and it was about a woman named Kitty. 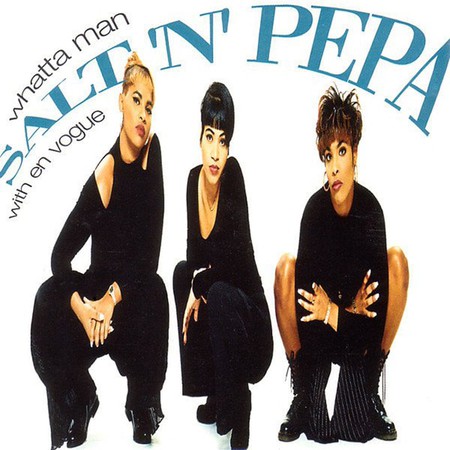 Before Salt ’N’ Pepa and En Vogue shared their praise for a mighty good man, gospel/soul singer Linda Lyndell, who once supported such acts as James Brown and Ike & Tina Turner, recorded the song in 1968. However, Lyndell didn’t perform the song until 2003 due to threats from the Ku Klux Klan at the time of its release. 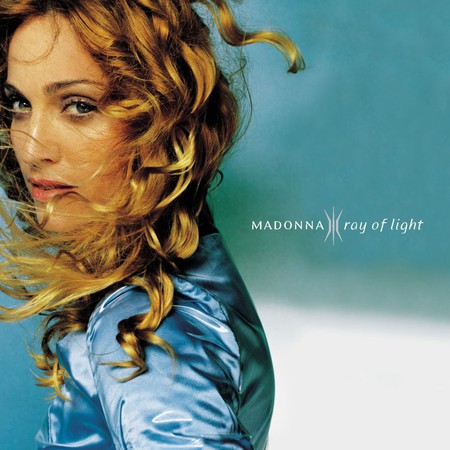 Madonna brought us “Ray of Light” in 1998 to blast euphoria through club speakers, but the track’s predecessor, titled “Sepheryn,” was far more tame thanks to the folk nature of English duo Curtiss Maldoon. 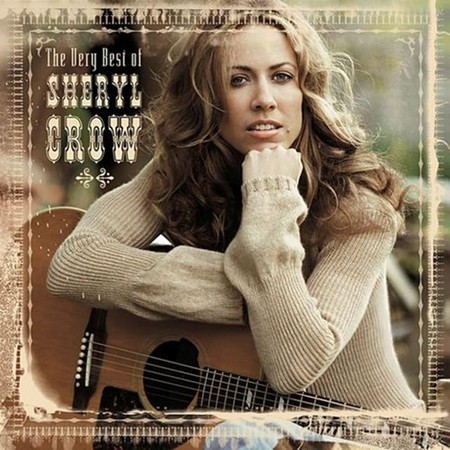 If the first cut is truly the deepest, then it’s only right that we recognize that, despite Sheryl Crow and Rod Stewart’s spectacular renditions, this track was not only first written by Cat Stevens, but also first recorded by soul singer P. P. Arnold. 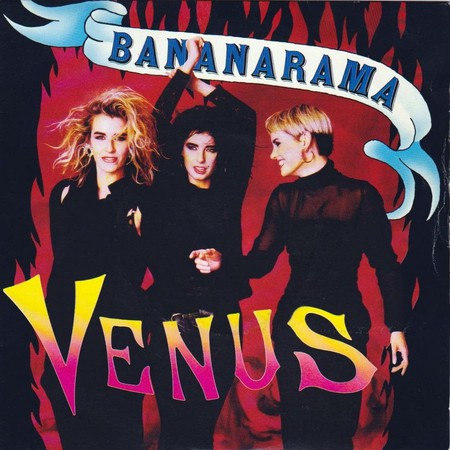 There’s a good chance you know Bananarama’s “Venus” due to its placement in Gilette Venus razor commercials, but you probably didn’t know that the song was actually written by Dutch rock outfit Shocking Blue. 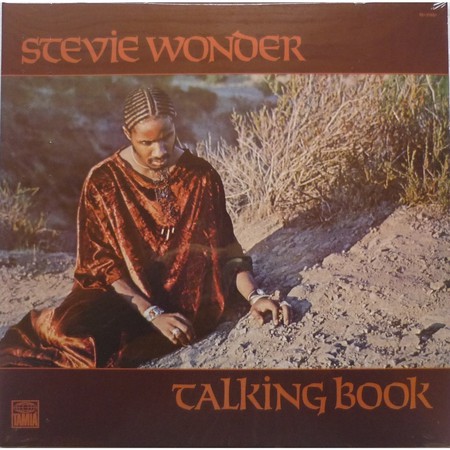 It’s hard to imagine “Superstition” being anyone else’s beyond Stevie Wonder, but Wonder delivered this track to guitarist Jeff Beck in exchange for Beck’s assistance during the Talking Book sessions. Interestingly enough, Wonder’s rework still emerged months before Beck’s due to album delays on the latter’s side. 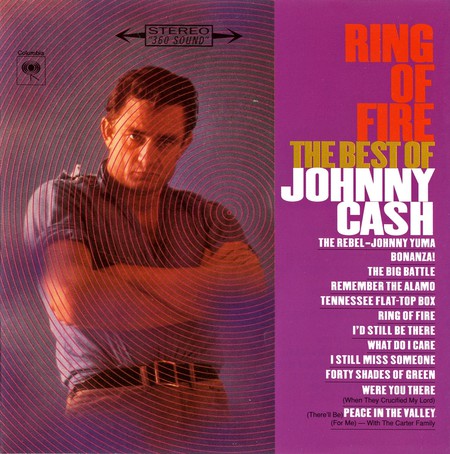 If asked to sing a Johnny Cash lyric, the majority of people would respond with “I fell into a burning ring of fire,” or a slight variation of the lyric. Yet, before the song’s 1963 release, Cash’s sister-in-law Anita Carter recorded it first. 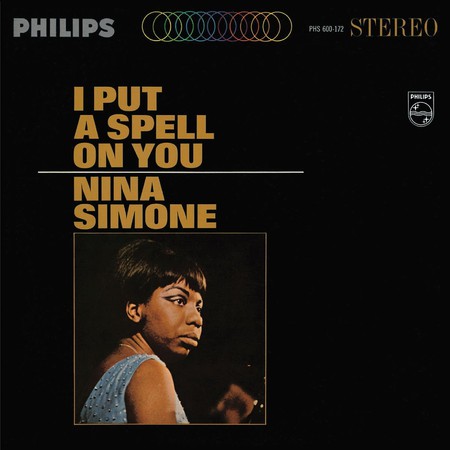 Amazingly enough, Nina Simone’s epic “Feeling Good” started out as a cut from the musical The Roar of the Greasepaint – The Smell of the Crowd, written by Leslie Bricusse and Anthony Newley. The musical also spawned such covers as “Who Can I Turn To?” by Tony Bennett and “The Joker” by Bobby Rydell. 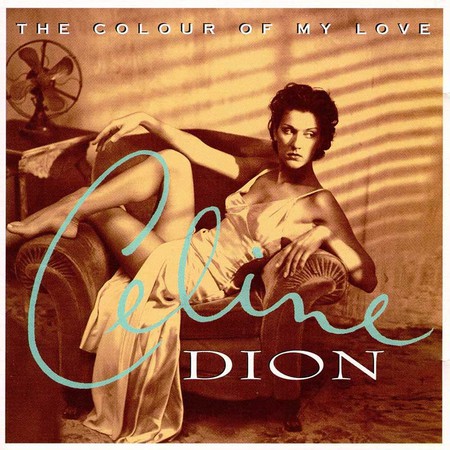 Few lines are as fun to belt out as Céline Dion’s “‘Cause I am your lady / And you are my man,” but the dazzling melody was first coined nearly a decade prior by Jennifer Rush. 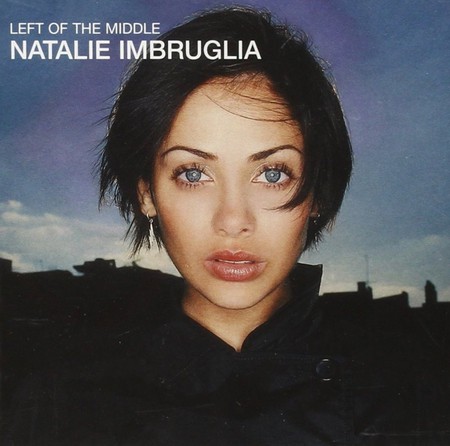 Natalie Imbruglia might be one of those names you’ve forgotten since the Australian singer-songwriter surged in the ’90s, but there’s no mistaking her breakthrough track, “Torn.” Pulling from Los Angeles rock band Ednaswap, the earnest, quick-paced pop of Imbruglia’s “Torn” was once a sludgy slow-builder full of distorted guitars. 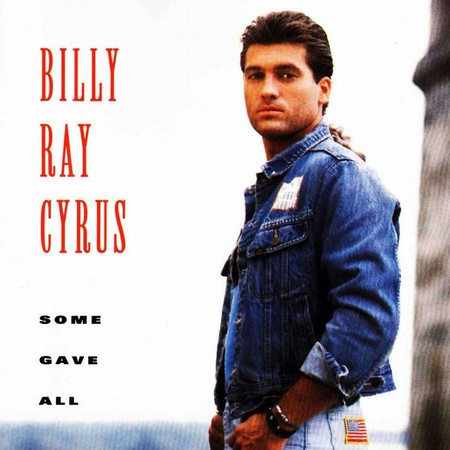 A year before Billy Ray Cyrus and his mullet had us stomping about concerned for the hopefully unruffled state of his heart, country music trio The Marcy Brothers released the track titled as “Don’t Tell My Heart.”