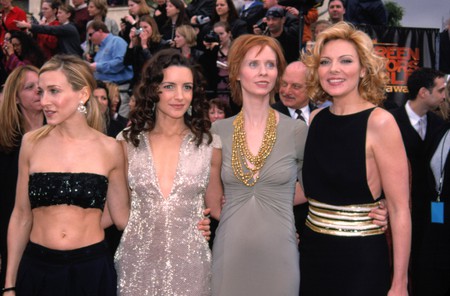 The aughts were filled with rumors of a New World Order, tragedy, and the rise of hope—and I’m just talking about the trajectory of Britney Spears and Justin Timberlake’s relationship. Just kidding. The cultural climate of the years from 2000 to 2010 was fraught with cataclysmic tension and a new type of globalization due to the rise of the internet (shout out to the 2000 Grammys when Jennifer Lopez wore a green Versace number, a move that initiated Google Image search, according to Google chairman Eric Schmidt). These were also the years when terrorist attacks played to a world’s stage like never before. The public was reckoning with ideals being broken and put back together again, and this zeitgeist became apparent in fashion, on the bodies of hipster girls everywhere.

The aughts were not all dark. In 2008, the US elected the first African American President, Barrack Obama, and in the process, street artist Shepard Fairey brought graffiti culture into the mainstream, with—of all things—a message of HOPE. Carrie Bradshaw and her crew were redefining the intersection of fashion and feminism on TV, and women everywhere defined their style in terms of being a Carrie, Miranda, Charlotte, or Samantha. Although there were some aughts’ fashion faux-pas (Von Dutch trucker hats, Paris Hilton’s catchphrase “That’s hot,” lower back tattoos) what follows is a celebration of aughts fashion.

So here’s to the decade that made Supreme, Blair and Serena, and both Gwen and Gwyn household names for the fashion set. Given that the ’90s resurgence has been trending for a while now, don’t be surprised to see these looks make a comeback in the not-so-distant future. 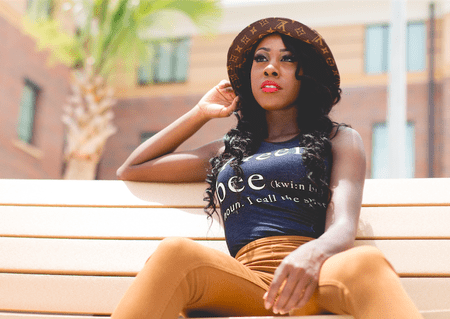 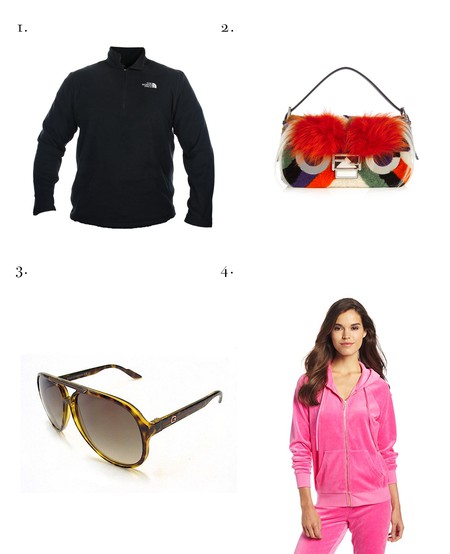 According to a 2005 article in The Washington Post, the fashion accessory most likely to get a teenager robbed was anything by The North Face, which of course made any really dope girl in the aughts want to wear this label.

The Fendi Baguette was originally designed in 1997, and was a smash with the fashion set. But what really put this accessory on the map is fictional sex columnist Carrie Bradshaw, known for her opulent spending, especially when it came to purses and shoes. So of course every aughts girl needed one, regardless of the extravagant price tag. Your purse became a status symbol, and for the aughts, the Fendi Baguette was the “It” bag.

Victoria Beckham says, “sunglasses always hide a multitude of sins.” But Gucci Aviator sunglasses are extra. Why? In the aughts, luxury brands were popping off in hip-hop culture. Not only was Posh Spice down with Gucci, so was Lil’ Kim. 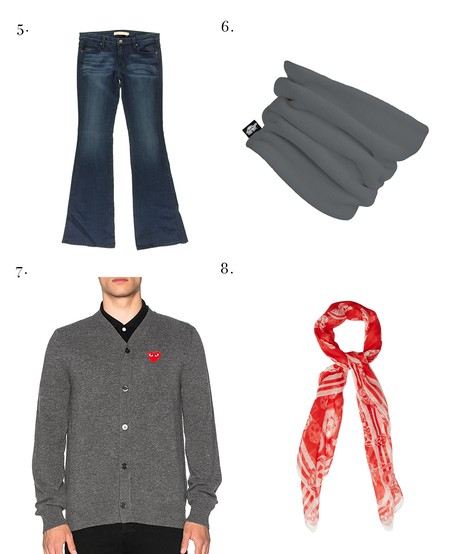 Frankie B low-slung skinny jeans were to the aughts what Levi’s bell-bottoms were to the ’70s. The aughts were the decade that elevated the designer jean (Brooke Shields and Kate Moss helped pave the way with taboo Calvin Klein campaigns in the ’80s and ’90s respectively).

Today, Turtle Fur Fleece might be read as a normcore sartorial choice, but in the aughts, it was kind of street. You’d rock your fleece neck warmer with a pair of door-knocker gold hoops, and your look would be off-the-chain.

In the aughts, it was totally legit style to raid your grandfather’s closet for a cardigan—but if you were really dope, you’d score your own Commes des Garçons PLAY cardigan with the red heart patch. This is one trend that led to the rise of unisex hipster dressing as you know it today.

The OG black and white color way of the Alexander McQueen Skull scarf was another unisex aughts fashion trend worn by style mavens like Kanye West and Nicole Richie. A status accessory, your McQueen scarf was a way to rock one of the decade’s most influential designers. 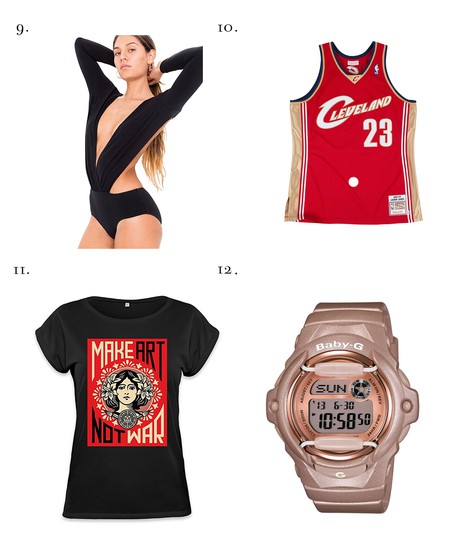 In the aughts, looking basic was a sartorial score, whereas today, being a basic b*tch might not win you any fashion accolades. And there was one company to load up on all your basic looks: American Apparel. But there was nothing basic about the American Apparel bodysuit that showed skin, and then some. If you were really dope, though, you flaunted your American Apparel assets.

Before #ThrowbackThursday was a thing, Mitchell & Ness made a sartorial splash with nostalgic jerseys. Paying respect to the legends of the game while dressing like Jay-Z or Big Boi made you dope times two as a girl in the aughts.

Ecko Unltd., Fubu, and PNB Nation all launched streetwear brands in the aughts drawing inspiration from graffiti culture. By the end of the decade, street artist Shepard Fairey dropped Obey, a clothing line that took off due to the popularity of Fairey’s 2008 HOPE portrait, featuring the face of a then presidential hopeful, Barrack Obama. 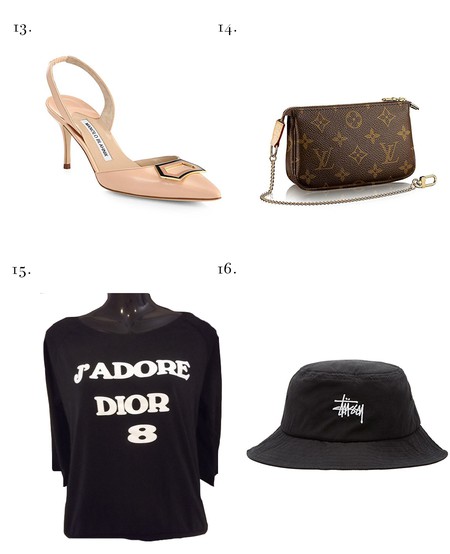 I couldn’t help but wonder, are shoes a girl’s ultimate “sole” mate? Ah yes, another nod to Carrie Bradshaw, the brand’s biggest fictional fangirl. After all, she spent $40,000 on Manolos and couldn’t afford her rent. But seriously, people, it was the early aughts before the recession, and dropping $300 on pumps seemed totally reasonable.

“Cutie the bomb/Met her at a beauty salon/With a baby Louis Vuitton/Under her underarm,” croons Kanye West in the 2005 hit “Golddigger.” So, yeah, if you were really dope in the aughts, you had one of these mini-purses.

I know, I know, another Sex and the City sartorial reference. Lucy Liu, appearing as herself, first wore the J’Adore Dior tee, back when John Galliano was at the helms of the house. But, in Sex and the City 2 (the movie) Carrie wears the J’Adore Dior tee (pictured above—which you can purchase on Etsy, though authenticity is not guaranteed). This shirt is so dope, Patricia Field decided it deserved two appearances in the franchise.

From Stussy to Gucci, labels put out bucket hats because LL Cool J made the Gilligan from Gilligan’s Island inspired look appear super stylish. And if you were a dope girl in the aughts you donned a man’s hat, because feminism is always chic.