Arkansas is renowned throughout the whole of America as the natural state, with its population famed for being close to nature. This is a trait reflected in all manner of Arkansas food, and especially its barbecue restaurants. Bordering the states of Texas and Tennessee, Arkansas takes inspiration from both when it comes to BBQ, relying on a combination of pork and beef. Read on to find out more about the top ten BBQ restaurants in the state. 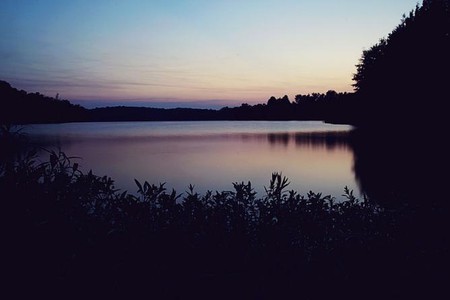 McClard’s has been dishing up deliciousness in Hot Springs, Arkansas, in one form or another, since 1928. Originally opened by husband and wife team Alex and Alice McClard, this now notorious BBQ diner has found itself a cult following. The three tenants at McClard’s are use the best ingredients, buy the best cuts of meat, and don’t skimp on the portions. These days the restaurant is run by second, third and fourth generations of the McClard family, who carry on the proud traditions established by Alex and Alice. Expect mounds of meat and fries, as well as a great selection of beer.

Stubby’s was originally founded in 1952, owner Richard Stubblefield eventually sold his restaurant to current owner Susan Dunkle in 1977, later joined by her son Chris. Chris is now the pit master at Stubby’s, and takes delight in overseeing the slow cooking process that so delicately prepares all manner of barbecue meats. Influenced by both Texas and Tennessee, Stubby’s prepares both pork and beef barbecue, allowing guests to sample barbecue styles from across the country.

Smokin’ in Style BBQ is a family owned restaurant that specialises in Memphis (and therefore, Tennessee) dry rub marinades. Memphis dry rubs are seen as one of the best ways to infuse pork dishes, often ribs, with an incredibly smoky flavour. A combination of dry herbs and spices is rubbed into meat before being slowly smoked, without sauce, and served with all manner of traditional southern sides. Smokin’ in Style BBQ was first opened in 1999 by Daniel Johnson, who continues to run the restaurant with his brother, Joe. As well as traditional barbecue dishes, Smokin’ in Style also serves up indulgent treats like barbecued turkey legs, and BBQ quesadillas.

Billed as a world champion barbecue restaurant, the Whole Hog Café certainly has won a lot of awards. Founded and opened by three friends in 2000, Whole Hog Café dedicates itself to pursuing barbecue perfection. It has slowly branched out into a small and successful chain of restaurants, however this has not detracted from the overall quality of the food on offer. Although the Whole Hog does feature a few beef dishes (largely slow-smoked brisket) the cafe is very much a disciple of Tennessee barbecue, and champions the use of pork above all else.

It is fair to say that HB’s BBQ is all about the food. However, while it doesn’t serve alcoholic drinks, the small selection of dishes on offer are expertly executed. Slabs of meat, including pork, chicken and beef, are coated in generous amounts of vinegar-based barbecue sauce, an ingredient that helps to tenderise the meat as it cooks. HB’s is everything you might expect a traditional dive bar to be; visitors can expect to find a loyal following of locals tucking in to great barbecue food on a daily basis. One word of warning: ribs are served on Tuesdays only, so if you have a hankering, be sure to go then.

Restaurant, BBQ, $$$
Facebook
Email
Twitter
Pinterest
Copy link
Share
Map View
The original Sims’ Barbecue joint was first opened by Allen and Amelia Sims, a husband and wife duo, in 1937. Now well into its eighth decade, Sims’ has expanded to include two more restaurants in Arkansas State, with possible plans to expand again in the near future. Although not the prettiest building to look at, the food served at Sims is hearty and delicious, and largely focuses on that Tennessee staple, pork (although beef dishes are also available). As well as dining in, Sims’ Barbecue also allows for take away options that let loyal barbecue fans enjoy banquet style portions wherever they choose.
Open In Google Maps
7601 Geyer Springs Road, Wakefield, Little Rock, Arkansas, 72209, USA
+15015628844
Visit Website
Give us feedback

When is a restaurant, not a restaurant? When it’s a van. Big Rub BBQ is one such van, parking up in locations around Bentonville and providing hungry shoppers with all manner of much needed meaty goodness. Largely based at the Downtown shopping strip, shoppers can call by the Big Rub BBQ van to claim back some energy before carrying on with their day. The barbecue on offer is extraordinarily good, specials have been known to include smoked chuck roast, served between bread or tacos, whatever takes your fancy. Big Rub BBQ even bakes its own fresh cookies, perfect to round off a savoury meal.

The Rivertowne BBQ in Ozark, Arkansas, was very nearly almost the restaurant that never was. After initial teething problems on opening, Rivertowne was forced to close for two days and recover. However once it reopened, the team was able to begin the journey that has seen the restaurant go from strength to strength over the last few years. The restaurant is complete with its own smoke room, and not just a broiler, in which it prepares its daily quotas of meat. Sides on offer include fried okra, spicy pinto beans, and macaroni and cheese, as well as many others.

The Butcher Shop Steakhouse is that rare thing in Arkansas, a beef centred barbecue joint. Grilled over a hickory charcoal barbecue pit, The Butcher Shop’s steaks are fantastic examples of southern beef at its best. Diners can choose between all manner of cuts including Ribeye, T-Bone, Top Sirloin and even massive 25 ounce porterhouse steaks. The restaurant has been running since 1982, and orders its meat from some of the finest suppliers in the Midwest. Huge flanks of meat are delivered to the restaurant before being prepared by the in-house butcher, who ensures that all steaks are perfect before barbecuing.

After all that pork, food enthusiasts could be forgiven for thinking that there isn’t much more than that to barbecue techniques. However, that’s where Burge’s Turkey Shop comes to the rescue. Serving all manner of smoked and barbecued poultry, Burge’s Turkey shop offers a selection of marinated ham and turkey dishes. Steaming piles of slow cooked Turkey come served with Swiss cheese on rye bread, as well as delicious barbecue beans. Give Burge’s ago, even if just for something a little bit different.