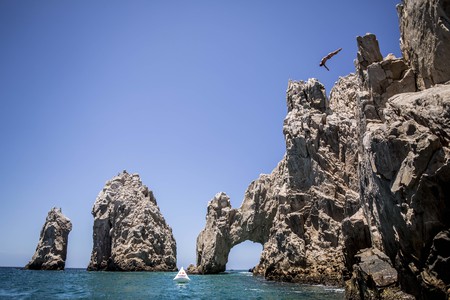 At the most southern end of Mexico’s Baja California Peninsula is the Arch of Cabo San Lucas, or El Arco. The rock formation provides the most brilliant natural training venue for cliff diving, and two of the very best were there to take full advantage.

American David Colturi and Mexico’s Jonathan Paredes took to the beautiful cliffs ahead of the 2017 World Series, which start on June 24 at Serpent’s Lair, Inis Mór, in Ireland. At El Arco, competitors train by diving from as high as 24m (79 ft.) above the crystal clear ocean, before heading to Ireland for the first stop in the six-event series.

The Arch of Cabo San Lucas is the result of huge amounts of erosion over thousands of years, and has left a three-storey-high formation that lends itself perfectly to elite level competition, with both rock and divers looking absolutely magnificent in the process. 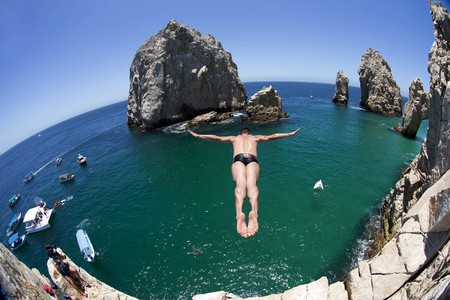 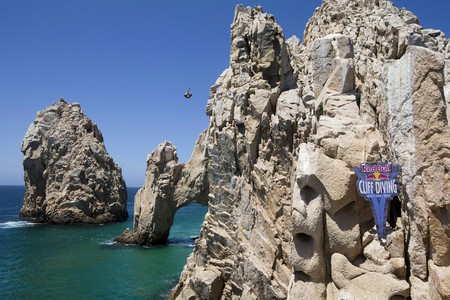 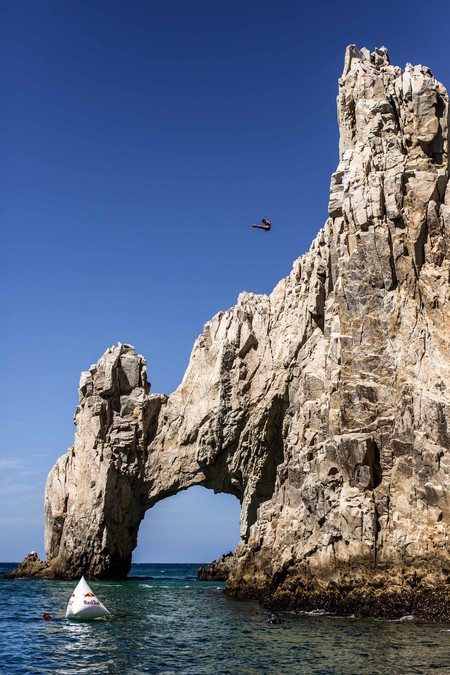