A Brief History of the Mexico City Metro 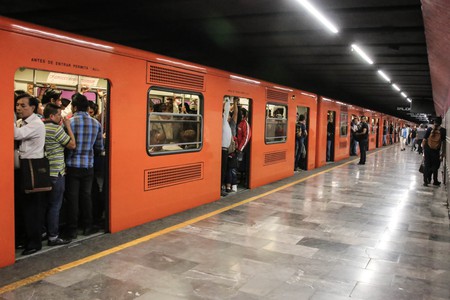 Carlos Monsaváis said that the Mexico City Metro is ‘a place…where diverse social sectors are compelled to mingle every day.’ Considering that Mexico City’s Metro is North America’s second largest subway and transports five million people daily, this statement holds water. Here’s a brief history of the Mexico City Metro, which connects the metropolis for just five pesos per journey and has an hora pico (rush hour) with a legendary reputation.

Even though the Mexico City Metro system (officially known as the Sistema de Transporte Colectivo) now has 12 lines, which criss-cross the city both subterraneously and above ground as well as provide links with the light railway in the south and the cable car system in the north, in 1969 there was only one. Engineer Bernardo Quintana was one of the principal brains behind the Metro’s development and throughout all stages of construction, archaeological artefacts have been found; during excavations in 1968 for Metro Balderas, an 11,000-year-old skull was discovered. As well as the numbered lines, there are also two lettered lines (called Line A and Line B) which run entirely above ground. Line 12 was opened in 2012; however, this gold line was not exactly the golden child. With a cock-up akin to a Carry On film, all the tracks were originally measured incorrectly and had to be subsequently re-laid as a result. On Line 12, vendors are prohibited and you must have a card (not a paper ticket) to access the station. 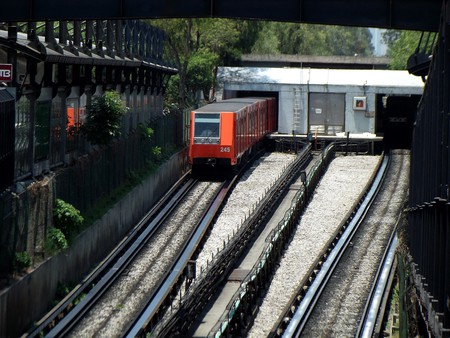 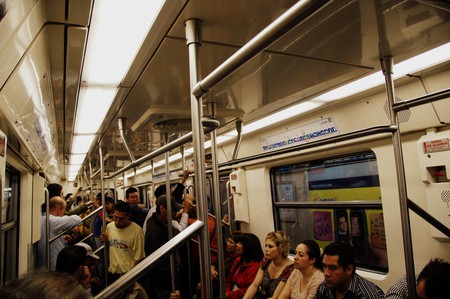 On the Mexico City Metro | © LWYang/Flickr

In total, there are 195 stations connected by the Mexico City Metro, some of which are as deep as 35 metres below ground and others which are elevated above the similarly numerous motorways and roads of the capital. Metro Pantitlán has the most connections – a total of four lines converge on this horrendously over-crowded station. Due to the ever-present earthquake risk in the city, 10 of the 12 lines use rubber-tyred carriages. Furthermore, the design of the tunnels protects them from structural damage. This was evidenced in 1985 when the Metro remained intact following the devastating 8.1 intensity earthquake that flattened much of the city. 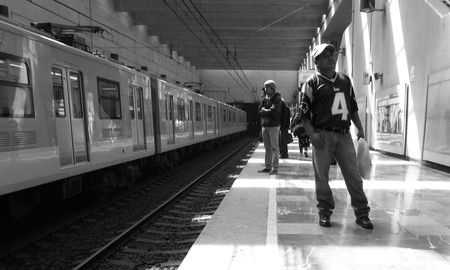 Open daily from 5am to midnight, a quirk of the Mexico City Metro is each train’s women and children only section. This segregation of sorts is a bone of contention for many, with an equally high number of people recognising the need for such initiatives in a city with an incredibly high level of sexual assault. However, as with any subterranean Metro system, the Mexico City Metro has been plagued with suicides. Approximately three people a month throw themselves onto the tracks in Metro stations across the city, with Metro Chabacano reportedly being the most frequent ‘final destination’. 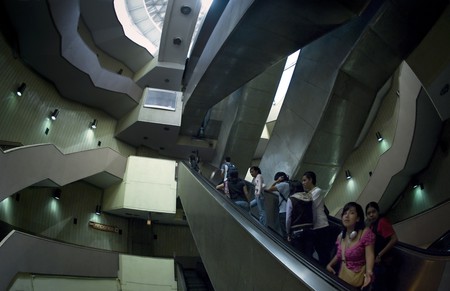 Even though the ‘real’ price of a metro journey is 10.5 pesos, thanks to government subsidies many are eligible to ride for cheaper or free, with a standard single journey costing 5 pesos. Plus, La Raza has the longest permanent exposition in the world – its 600-metre-long ‘Túnel de la Ciencia’ connects Lines 3 and 5. Each metro stop has a colour, is named for an historical place or event, and is accompanied by an image. Interestingly, these images were designed by Lance Wyman in an effort to bypass the once elevated illiteracy rate in Mexico City. Finally, rumours unsurprisingly abound about the Mexico City Metro; a giant rat lives on the Metro Merced lines, secret tunnels (inaccessible to the public) exist for the use of the armed forces and ghosts roam the platforms of the Barranca del Muerto (Valley of Death) station. What’s really scary though, is that for the entire 200km+ length of the metro, there is but one lost and found office, located at Line 4’s Metro Candelaria. 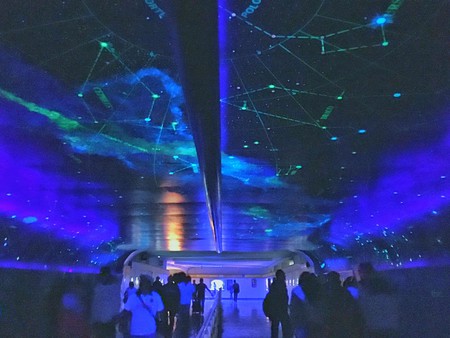