What To Know About Alameda Central Park, Mexico City 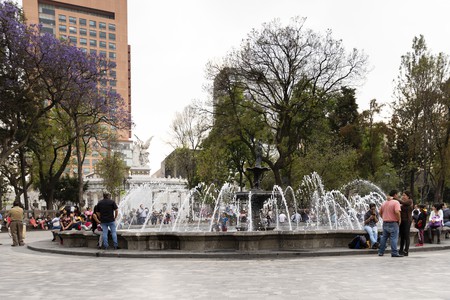 What was once an Aztec marketplace is now one of Mexico City’s primary green spaces, a site of public art and a frequent place for civic gatherings. Constructed in 1592, Alameda Central is the oldest public park on the North American continent and possesses a rich history.

Created by Viceroy Luís de Velasco in 1592, Alameda Central Park is pleasingly and symmetrically criss-crossed by pathways, which culminate in French-style, ornate fountains and are surrounded on all sides by some poplar trees from which the park takes its name. Alameda Central has its origin in the Spanish word for poplar trees (álamo), the variety originally planted in the park that, over the centuries, has been replaced by ash, chestnut and willow trees.

Its history begins as an Aztec market in the capital city Tenochtitlan, founded circa 1345. In the mid-1500s, the conquistadors took it over and used the location to burn heretics at the stake during the Spanish Inquisition. 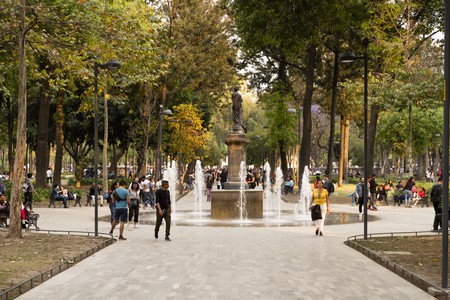 Viceroy Luís de Velasco, governor of New Spain, felt a space was needed for his newly formed society to meet and host parades. He had the marshy lands drained, filled and converted into a public park replete with poplar trees, thereby creating Mexico City’s first public park in the process.

In the 18th century, the park was designated as a nobility-only spot by the Count of Revillagigedo, although the decree was short-lived. In 1821, Alameda Central was reclaimed by the masses after Mexico defeated Spain in the War of Independence, a conflict that lasted well over a decade and ended with Mexico declaring itself free from Spanish rule for the first time in 300 years. 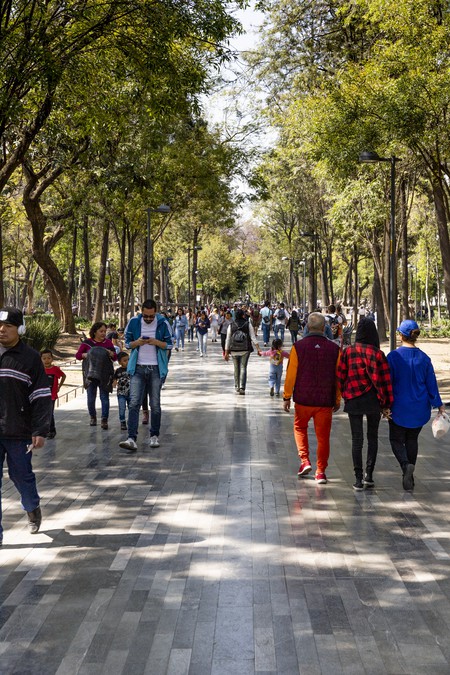 In the 1840s, William Cullen Bryant, Romantic poet and editor of the New York Evening Post, was instrumental in the creation of Manhattan’s Central Park. Bryant was inspired following a trip to Mexico City and called upon Alameda Central as a point of reference for a green space thriving in a large city.

One story from shortly after this time has it that in 1846, Mexican President Antonio López de Santa Anna commanded that the park’s fountains be filled with alcohol after riding into Mexico City in triumph having just provoked the United States into the Mexican-American War. 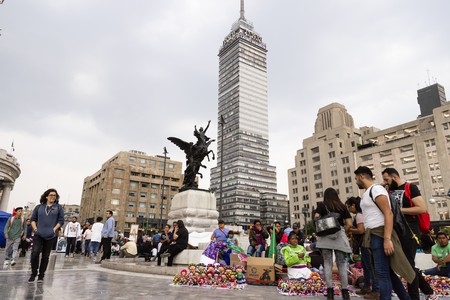 Santa Anna wasn’t the only famous figure known to be a fan of this particular park: in the 1860s, Empress Carlota, wife of Maximilian I, so enjoyed her long strolls through Alameda Central that she ordered its green areas be maintained, planted roses and bequeathed it the statue Venus Led by Zephyrs, a work by French sculptor Mathurin Moreau.

In the late 19th and early 20th centuries, more sculptures were added, the most famous of which is the Benito Juárez Hemicycle, a tribute to Mexico’s 26th president. The construction of this Neoclassical semicircular monument began in 1906 to mark the 100th anniversary of Juárez’s birth and was dedicated on September 18, 1910 as part of the festivities that marked the Centennial of Independence. Designed by Guillermo Heredia, the statuary depicts Juárez with the Constitution of 1857 in his hands, a reference to his crusade for constitutional reforms that would ensure a democratic federal republic. Juárez is seated and flanked on either side by two allegorical female statues; stand-ins for homeland and law. 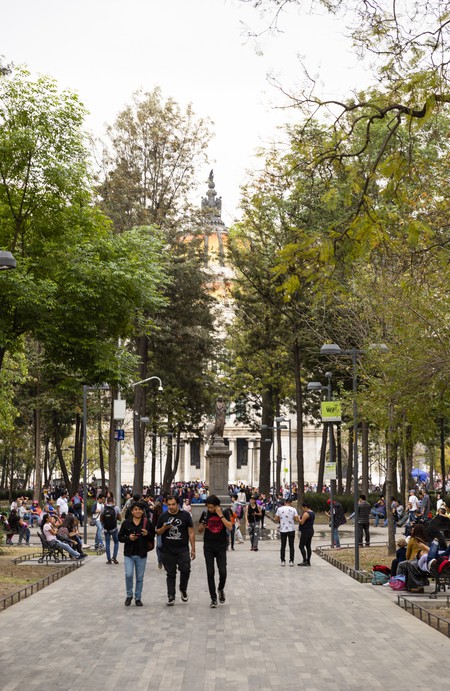 Alameda Central, today, is a rectangular polygon shape that covers an area of more than 947,000 square feet, more than 673,000 of which are gardens | © Carlos Jose Urquijo / Culture Trip

Alameda Central, today, is a rectangular polygon shape that covers an area of more than 947,000 square feet (88,000 square meters), more than two-thirds of which are gardens. However, the layout of the park was not always like this. Initially shaped like a square, construction from 1766 to 1771 modified it to its current geometric shape, doubling its size to 9.6 acres (3.9 hectares) – the exact same space and measurements that New York’s Bryant Park takes up. 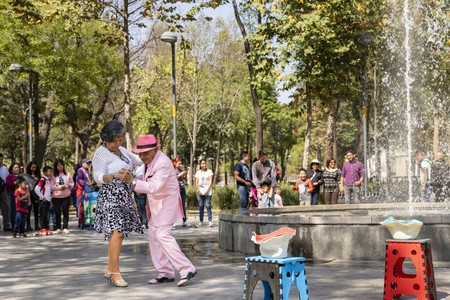 Having undergone restoration work throughout its long and illustrious life, Alameda Central was last spruced up in 2012. An $18.7 million (£16.2 million) renovation replaced its concrete sidewalks with marble ones, and illegal vendors, dogs and skateboarders were ousted. The park now has around 300 trees, 12 fountains, eight monuments and a kiosk. Even as Alameda Central undergoes alterations, it will always stay the same in Diego Rivera’s mural, Dream of a Sunday Afternoon in the Alameda Central (1946-47), on display at the Museo Mural Diego Rivera adjacent to the park.