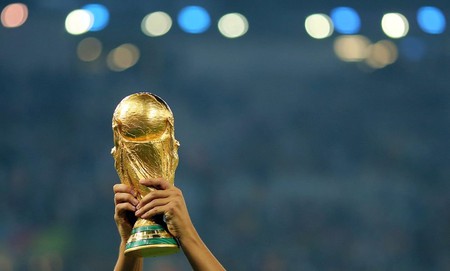 While U.S. President Donald Trump is in favor of building walls and creating divides not only among Americans, but also the North American continent, the soccer world has other ideas. The United States, Canada, and Mexico are combining forces and resources in a joint bid, referred to as the United Bid, in an effort to host the 2026 FIFA World Cup.

The bid was submitted to FIFA, soccer’s international governing body, on Friday in Zurich. The United Bid projects 5.8 million tickets to be sold for the event, generating $2.1 billion in revenue.

The United Bid also submitted 23 potential host cities throughout the three nations, including New York City, for FIFA to parse down to its final host cities (up to 16 can be chosen) for the tournament. Unlike prior host nations, the facilities available in the United States, Canada, and Mexico don’t require new stadium construction should it win the bid for the 2026 FIFA World Cup, the first to expand to a 48-team format.

“Canada, Mexico, and the United States have joined together to deliver a United Bid that offers FIFA and its member associations the power of unity, the promise of certainty, and the potential of extraordinary opportunity,” John Kristick, Executive Director of the United Bid, said in a press release. “We are confident that the combination of our 23 existing world-class stadiums, 150 existing elite training facilities, and our modern and interconnected transportation network can help FIFA to achieve new records for attendance and revenue, which will allow the entire global football community to improve and grow.”

Should the United Bid be granted hosting responsibilities for the 2026 World Cup, it would be only the second time in the tournament’s history that more than one nation hosted a singular event; Japan and South Korea jointly played host during the 2002 FIFA World Cup.