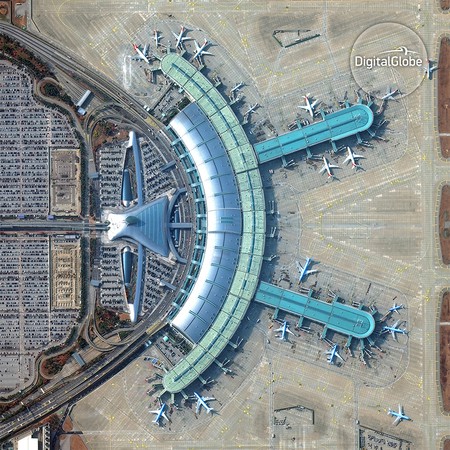 It would be hard to tell from the ground that Hong Kong’s airport actually resembles a large aircraft from an aerial perspective. The full spectrum of British architect Lord Norman Foster‘s genius is simply unknowable unless one steps back – or up, rather – to look at the bigger picture from space. 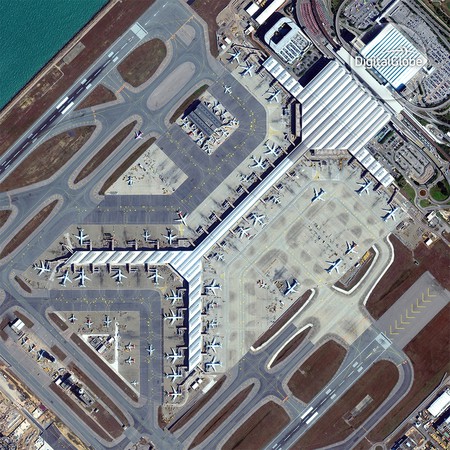 For the first time since the beginning of modern construction, architectural structures are now able to be viewed from space. This new visual perspective allows us to appreciate the various intricacies that go into creating these monolithic facilities. Infrastructure itself takes on a different context when viewed from above.

DigitalGlobe operates the world’s most advanced constellation of commercial imaging technology, which consists of four active high-resolution satellites. Their imagery is used for a variety of purposes – from resource management to government intelligence – and now it’s being used to reimagine how we view modern infrastructure. “Every day we are imaging the most interesting and dynamic places on earth, [so] the possibilities are endless,” digital media manager for DigitalGlobe, Shannon Ream, tells Culture Trip. 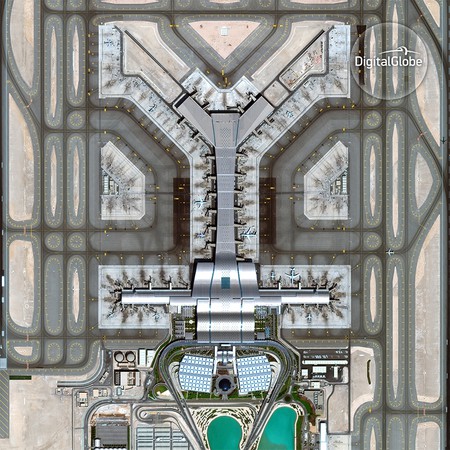 Interestingly enough, none of the images are doctored, but according to Shannon Ream they are color balanced to show the most realistic quality possible. “The images are collected by our satellites in the form of raw data, and that data can be processed in many ways to suit different applications. For example, our satellites can collect imagery in the shortwave infrared and near infrared parts of the spectrum, which can be processed in a specific way to see through the smoke of a wildfire,” she continues.

“Satellite images of airports also have the possibility of capturing planes taking off and landing and depicts unique terminal structures,” she adds. “It’s interesting how many of the airports resemble futuristic structures that are almost a reflection of the aerospace industry itself.”

Imagery of airports from space allows the viewer to perceive patterns and networks they wouldn’t otherwise notice. The intricate eco-system of airports is stunningly apparent, from the ground markings, to the grids, and even the runway patterns and baggage routes – making us all take note of these hubs of travel. 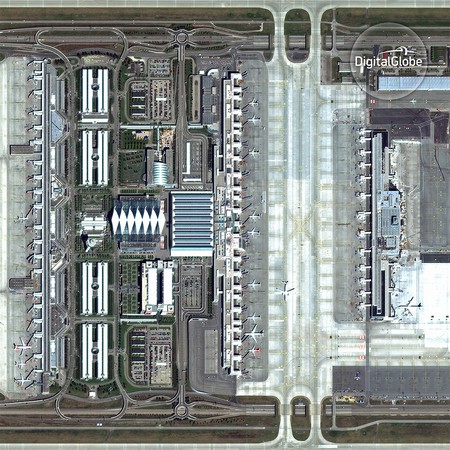 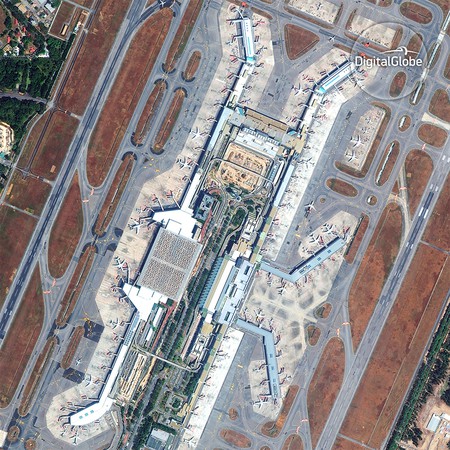 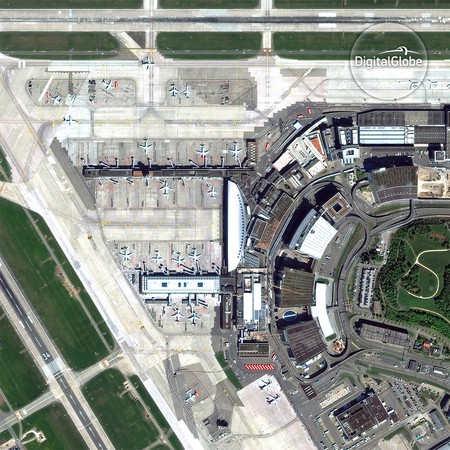 Kloten Airport, Zurich. Image courtesy of | © DigitalGlobe
Give us feedback