Design of the Universe: Constructing Deep Space in Photographs 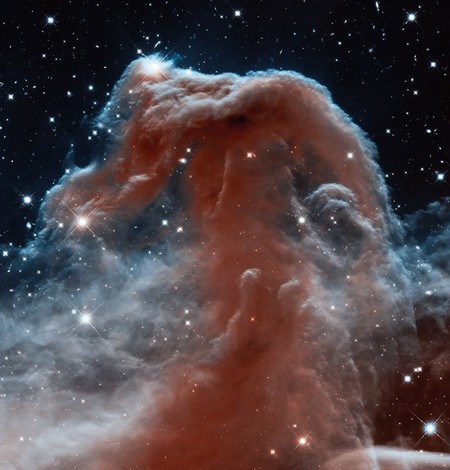 In an historic convergence of art and science, the Hubble Space Telescope began capturing never-before-seen photographs of deep outer space in 1993. Nearly twenty four years later, humans now have access to unprecedented views of the universe from the comfort of their laptops or bookshelves. But what did it take to construct these photographs? How did the boundaries of science and design merge in this epic intellectual endeavor for humanity? 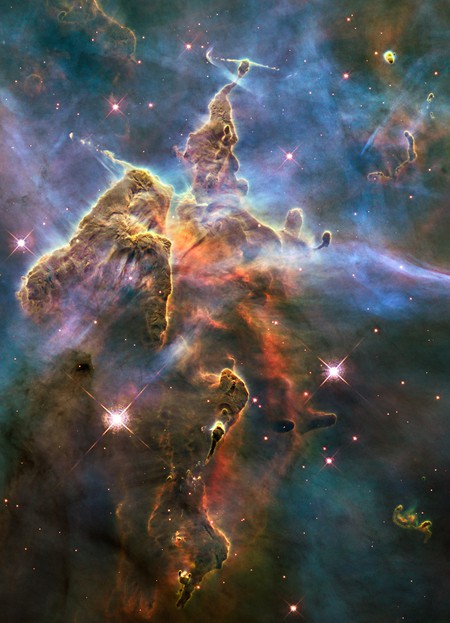 One of the greatest human benefits to come out of NASA’s deep space initiatives has been the intellectual capital and human intrigue gained on an international front. The images produced by the Hubble have inspired a new sense of wonder and awe of the natural world – and an insatiable appetite for knowledge.

“Technology has long served as a handmaiden to both art and science,” pens Owen Edwards in Expanding Universe. In 1990, Hubble set out on its maiden voyage and it was, at the time, the only orbiting telescope with the ability to see visible light. However a glitch in the photographic technology rendered all initial captured images unusable. It took astronauts, scientists, and engineers three years to meticulously fix the problem before Hubble could reveal “with astounding clarity the essence of [the] universe.” 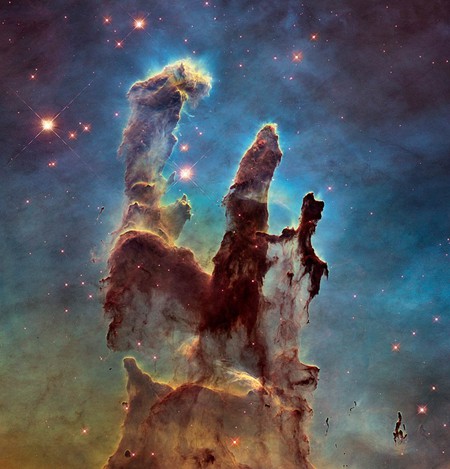 Hubble was able, for the first time in human history, to capture “a panoply of stars being born and stars long dead [and] galaxies in perfect symmetry,” Edwards writes.

But the initial images sent back to Earth from the telescope were black and white. Scientists used the collected astronomical data captured by the telescope – including infrared light, X rays, and gamma rays – to create the color images seen below. 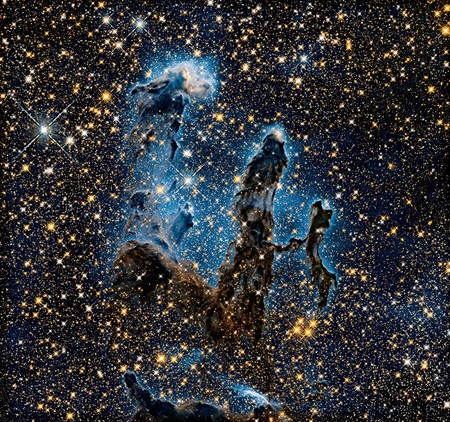 Scientists worked to ‘layer’ this astronomical information to produce the vibrant colors seen in the photographs, however the “colors aren’t arbitrary, but represent multiple layers of facts,” says Edwards. “Since what we see in these pictures are astronomical facts, the photographs cannot be considered abstract.”

Unlike Photoshopping an image for aesthetic or practical purposes, this photographic reconstruction of the universe is based on factual data, thus blurring the line between design and science in an unconventional, albeit brilliant way.
In a sense, NASA’s endeavors not only push scientific boundaries, but continue to challenge the boundaries between science, technology, and art. And the results are pretty spectacular. 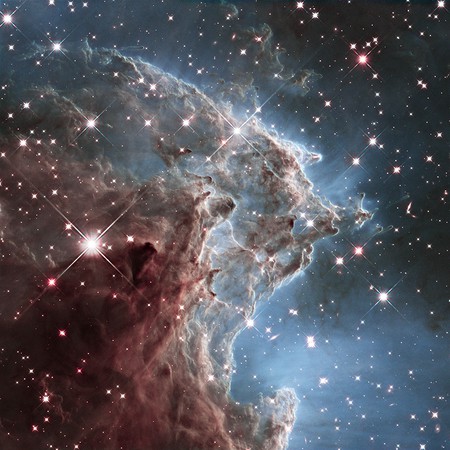 Portrait of a roiling region of star birth | © NASA, ESA, and the Hubble Heritage Team (STScI/AURA) 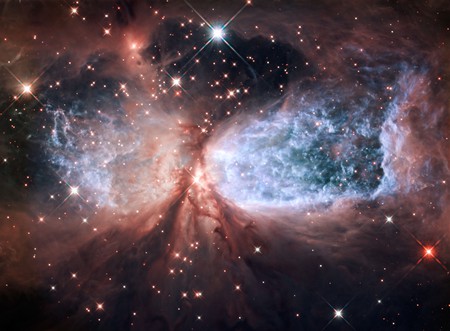